The addition of carboplatin to taxane-anthracycline chemotherapy led to a significant improvement in event-free survival and overall survival as neoadjuvant therapy in patients with operable and locally advanced triple-negative breast cancer. 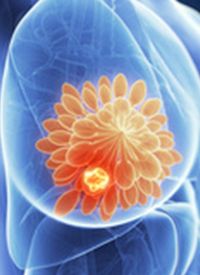 The addition of carboplatin to taxane-anthracycline chemotherapy led to a significant improvement in event-free survival (EFS) and overall survival (OS) as neoadjuvant therapy in patients with operable and locally advanced triple-negative breast cancer (TNBC).

Investigators of the single-center, controlled phase 3 trial (NCT02168880) conducted by Tata Memorial Hospital in Mumbai, India, noted that OS and EFS benefits seemed to be limited to patients who were younger or premenopausal, although they were uncertain why this is.

“Our survival results are largely concordant with those of the GeparSixto [NCT01426880] and brighTNess [NCT02032277] studies, but discordant with CALGB 40603 [NCT00861705],” Sudeep Gupta, MD, DM, associate professor at the Tata Medical Center in Mumbai, said in his presentation at the 2022 San Antonio Breast Cancer Symposium. “We used weekly carboplatin in all patients, which likely increased compliance and reduced toxicity.”

In this neoadjuvant trial, 720 patients with TNBC were randomly assigned 1:1 to receive 100/m2 paclitaxel plus area under the curve 2 carboplatin (platinum arm) vs paclitaxel alone (control arm) once a week for 8 weeks. Both regimens were followed by 60/m2 doxorubicin or 90/m2 epirubicin plus 600/m2 cyclophosphamide every 2 or 3 weeks for 4 cycles. Patients went on to surgery then radiotherapy upon completion of the study regimens. Those on the trial were stratified by menopausal status and clinical stage.

The primary end point was EFS, with a planned detection of a 10 percentage point absolute increase from a 5-year expected EFS rate of 30% in the control arm, and the primary analysis was planned in the intent-to-treat (ITT) population with unadjusted comparison between arms. Secondary end points included OS and pathological complete response (pCR) rate.

“The 2 arms were well balanced with respect to patient and tumor characteristics. About 70% of patients were younger than or equal to 50 years of age, and about 60% were premenopausal,” Gupta noted. “This was a high-risk population of TNBC patients; about 60% had locally advanced breast cancer, 88% had clinical node–positive disease, and 77% had tumors that were larger than 5 cm.”

“Again, there was a statistically significant interaction between age, menopausal status, and the effect of carboplatin in terms of OS,” Gupta said. “Achievement of pCR was powerfully prognostic for EFS as well as for OS in the full study population…and also in younger patients, as well as in older patients.”

The safety profile showed that both regimens were well tolerated. The most common grade 3 or higher adverse events (AEs) for platinum therapy were neutropenia (8.6%), neutropenic fever (4.4%), anemia (1.9%), and thrombocytopenia (1.9%). Any-grade serious AEs were seen in 14.7% in those receiving carboplatin and 12.9% in those receiving paclitaxel alone.

In terms of compliance, 94.5% and 77.6% of patients completed 8 and 12 cycles of therapy in the experimental arm, respectively. In the control arm, 97.2% completed 8 cycles and 80.1% completed 12 cycles. Younger and older patients did not have different treatment compliance or toxicity rates.

“[The] addition of carboplatin to taxane-anthracycline neoadjuvant chemotherapy should be the standard treatment in patients with TNBC who are younger than or equal to 50 years of age or who are premenopausal,” Gupta concluded.