The combination of neoadjuvant vidutolimod and nivolumab elicited high response rates and was well tolerated in patients with high-risk, resectable melanoma, according to final results from a phase 2 trial. 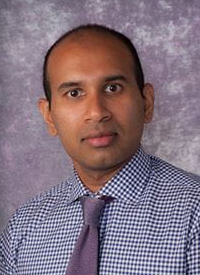 The combination of neoadjuvant vidutolimod and nivolumab (Opdivo) elicited high response rates and was well tolerated in patients with high-risk, resectable melanoma, according to final results from a phase 2 trial (NCT03618641).

The standard of care in high-risk, resectable melanoma is up-front surgery followed by adjuvant therapy with either PD-1 inhibitors for BRAF-mutant or wild-type disease, or dabrafenib (Tafinlar) plus trametinib (Mekinist) for BRAF-mutant disease. Neoadjuvant immunotherapy enhances systemic T-cell response to tumor antigens, which results in enhanced detection and killing of micrometastatic tumors that have disseminated beyond the resected tumor, which may be the cause of postsurgical relapse.

The second component of this immune-stimulating VLP is a Qbeta coat protein, which protects the G10 inside the VLP from in vivo degradation. This immunogenic protein induces a non-neutralizing antibody response after the first injection. The anti-Qbeta antibodies opsonize the VLP, facilitating its uptake into pDCs with enhanced induction of systemic CD8 T-cell response.

Patients were eligible to enroll in the phase 2 trial if they had stage IIIB, IIIC, or IIID cutaneous melanoma that was surgically resectable and had accessible tumors for biopsy and intratumoral vidutolimod.

The study enrolled 34 patients, 3 of whom withdrew consent after 1 dose of the study drug, and 1 of whom experienced disease progression after neoadjuvant therapy and was not eligible for resection.

In the preoperative neoadjuvant phase of this trial, patients received subcutaneous vidutolimod at 5 mg in week 1, then intratumoral vidutolimod at 10 mg once per week in weeks 2 through 7, plus nivolumab at 240 mg every 2 weeks, for a total of 7 weeks of treatment. Patients then underwent formal surgical reassessment and restaging scans, followed by definitive surgery. In the postoperative adjuvant phase of the trial, patients received 5 mg of subcutaneous vidutolimod plus 480 mg of nivolumab every 4 weeks for 48 weeks.

A total of 11, 15, and 4 patients had injected/measurable lesions in the head and neck, inguinal/axillary trunk, or extremities, respectively; 25 of these lesions were in the lymph nodes, and 5 were in transit.

When compared with an independent cohort of patients with melanoma treated only with a PD-1 inhibitor, a PR to neoadjuvant vidutolimod plus nivolumab was selectively associated with increased pDCs, with phagocytosis and macrophage activation demonstrating vidutolimod’s contribution to the observed activity. Additionally, pNR transcriptional analyses showed gene upregulation in IGF-1 and TGF-β, which was associated with non-response to PD-1 inhibitors.

In correlative analyses, PR was also associated with early, on-treatment increases in CD4+Ki67+ and CD8+Ki67+ T cells, which exhibited upregulation of activation and lytic activity markers. The investigators also noted targets for rational triplets in the form of LAG-3 upregulation on T cells in patients with pNRs. In addition, PR was associated with increased intermediate monocytes, increased pDCs, and reduced PD-L1 and PVR expression on pDCs.

“Future development of this combination is warranted,” the study authors concluded.