New Treatments for Novel Targets Next Step in Immuno-Oncology Revolution

There is a wide variety of novel targets and corresponding checkpoint and immune blocker/activator therapies that may soon show promise in cancer care. 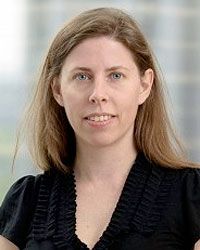 Although PD-1 and CLTA-4 checkpoint inhibitors have grabbed the attention of scientists and oncologists in recent years, a wide variety of novel checkpoint and immune blocker/activator therapies may soon hold promise.

“There’s a long and growing list of regulatory and activating immunotherapy targets that may hold promise in cancer treatment, although we have yet to develop their potential in the clinic,” said Margaret K. Callahan, MD, PhD, assistant attending medical oncologist in the department of Medicine at Memorial Sloan Kettering Cancer Center.

Scientists are already developing therapies against these novel immunotherapy targets—including agonist antibodies and checkpoint molecules. Many of these immunotherapies are in clinical development, and some have even shown promise in early phase I studies, Callahan said.

Most novel checkpoints and immune blockers/activators known today target T-cell activation, noted Callahan. Yet they drive an immune response, not just through T-cell recognition, but also when a second costimulatory signal occurs through molecules such as CD28 protein antibody or the GITR/GITRL interaction.

Callahan highlighted a few novel checkpoints and immune blockers/activators in her presentation, including the CD137 molecule (4-1BB ligand). CD137 is a positive regulator of T-cell activation, and at least 1 agent is in development that targets CD137. The agent that has the most promise, urelumab, has shown antitumor activity in preclinical data, but also has significant liver toxicities, according to recent research.

Another promising target for cancer therapies is the CD27 molecule, which is expressed on most T cells. Anti-CD27 therapies have shown promise in small clinical trials and have produced patient responses in phase I studies on Hodgkin lymphoma, as well as disease stability in solid tumors, Callahan said.

Preclinical studies on agents that target the LAG3 molecule—a negative regulatory molecule&mdash;have also shown potential for reducing unabated cancer growth in mice. In preclinical studies, the power of anti-LAG3 agents has been increased by pairing them with PD-1 inhibitor therapies. In some of these animal studies, a majority of the mice exposed to cancerous cells and then treated with anti-LAG3 agents plus anti&shy;—PD-1 inhibitor therapies, were protected against tumor growth.

“In terms of therapies that can rev up the immune system, PD-1 and CLTA-4 checkpoint inhibitor therapies are just the tip of the iceberg,” Dr. Callahan said. As the number of agents with cancer treatments increase, however, the numbers of combination immunotherapies will also increase, she cautioned.

“There are dozens, if not hundreds, of combinations of therapies that target novel immunotherapy molecules, which we could try out in the clinic. We need to be thinking about the framework that will surround our work in combining these treatments,” Callahan said.

Although the biology of many new and novel immunomodulatory agents provides useful information, how they may act in combination with each other during patient treatment can still be unknown.

Even though the action and efficacy of an individual agent can be understood by researchers, and it makes sense theoretically to combine them, such combinations may still not work together well in the clinic, Callahan noted.

“Even though we may know what the individual toxicities are, it can also be a surprise when we get into the clinic, and find that combination treatments have unacceptable complications or adverse events,” she added.