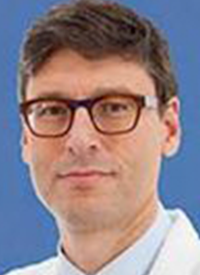 “Our data are contributing to the body of evidence that PARP inhibitors are changing the natural history of patients with HRD [ovarian cancer] in the frontline," González-Martín said. “Our data confirm the sustained benefit of [niraparib] in this setting. This is an alternative as monotherapy for the maintenance of patients with HRD tumors.”

In an interview with OncLive®, González-Martín discussed the updated long-term efficacy and safety data from the PRIMA study, the importance of utilizing PARP inhibitors in patients with HRD tumors, and the benefit observed with niraparib for patients with homologous recombination–proficient (HRP) tumors. González-Martín is the head of Medical Oncology and the co-director of the Oncology Department at the Navarra University Clinic, president of the European Network for Clinicological Oncological Trials, president of the GEICO (Spanish Ovarian Cancer Research Group), and an associate professor at the Universidad Francisco de Vitoria.

OncLive®: Could you provide an overview of the PRIMA trial of niraparib in patients with advanced ovarian cancer?

Was there anything else unique to note about the patient population on the PRIMA trial?

In addition, we selected the population based on clinical risk factors. We included a population with high risk of relapse based on stage IV disease, the need of neoadjuvant chemotherapy, or having some sort of visible residual tumor after primary cytoreductive surgery.

What methods did you use to conduct the trial?

After [completing] frontline platinum-based chemotherapy, we [randomly assigned] patients who obtained a complete response [CR] or partial response [PR] to niraparib or placebo. The randomization was 2:1, and patients started niraparib at a dose of 300 mg per day.

After approximately two-thirds of patients were [randomly assigned], we incorporated the possibility of using an individualized starting dose of niraparib. In that case, patients with a body weight below 77 kg or a baseline platelet count less than 150,000 cells/µL started with 200 mg [of niraparib] instead of 300 mg.

The stratifications factors were HRD status, the use of neoadjuvant chemotherapy, and the best response to the recent platinum-based chemotherapy of a CR or PR. The primary end point of our study was PFS per blinded independent central review.

Can you expand on data presented at the 2022 ESMO Congress? How did these data compare to previous data from the trial?

We have confirmed a sustained benefit of niraparib in terms of reducing the risk of progression and reducing the risk of death for patients [in the experimental arm]. In particular, we reduced the rate of progression or death by [48%] in patients with HRD tumors, prolonging the median PFS of the population from 11.2 [months in the placebo arm] to 24.5 months [in the niraparib arm].

We also confirmed the PFS benefit in the overall population. We prolonged the median PFS from 8.2 months [in the placebo arm] to 13.8 months [in the niraparib arm], demonstrating a reduction in the risk of progression [or death] by 34%.

How will niraparib continue to fit into the treatment paradigm for frontline ovarian cancer?

PARP inhibitors already have been approved by many of the health authorities and regulatory agencies. These agents have been incorporated into most of the guidelines in the first line. Nowadays, there is no doubt that patients with a HRD tumor must receive a PARP inhibitor in the frontline.

In addition, we have confirmed this benefit in the population of patients with HRP tumors. Although the magnitude of the benefit is less prominent in that group, there is a still a benefit in that population. For that specific group of patients, there are unmet needs, and the possibility of using maintenance niraparib opens an option for the treatment of these patients.

I believe that these data have consolidated the information that we presented in 2019. Niraparib monotherapy is a treatment that demonstrates a sustained benefit in reducing the risk of progression of our patients in frontline regardless of the biomarker status, though there is a higher benefit in patients with HRD tumors.

Is there anything that should be known regarding safety?

These long-term data of niraparib also demonstrated that the safety of this drug is manageable. There were no significant new cases of discontinuation. Only 11 additional patients have discontinued the treatment due to any treatment-emergent adverse [effects]. Importantly, the rate of acute myeloid leukemia or myelodysplastic syndromes, which is an important thing [to consider] with the PARP inhibitors, remains low at 1.2% in this long-term follow-up.