Efficacy outcomes were superior with nivolumab plus ipilimumab compared with sunitinib in patients with advanced renal cell carcinoma. 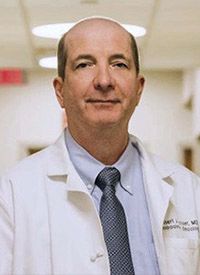 Efficacy outcomes were superior with nivolumab (Opdivo) plus ipilimumab (Yervoy) compared with sunitinib (Sutent) in patients with advanced renal cell carcinoma (RCC), according to findings from a conditional survival analysis that was presented at the 2021 ESMO Congress.1

“With a median follow up of 67.7 months, conditional survival outcomes were analyzed post hoc and conditional survival was defined as the probability of a patient remaining alive, progression free or in response for an additional 2 years beyond annual landmark,” lead researcher Robert J. Motzer, MD, explained in his ESMO presentation.

Efficacy in the ITT population showed superior OS in the nivolumab plus ipilimumab arm with a hazard ratio (HR) of 0.72. Five-year progression-free survival (PFS) probabilities with nivolumab plus ipilimumab versus sunitinib was 30% versus 14%, respectively. This outcome was also seen in the intermediate/poor-risk (I/P) population of 31% versus 11% in the combination and single agent arm, respectively, and also in the favorable-risk (FAV) population at 26% versus 21%.

In the conditional survival analysis, the probability of patients remaining alive for an additional 2 years from the start of randomization of the treatments to the time of the analysis after 3 years increased in all patient populations.

In the ITT population, probability for survival increased from 71% to 81%, it increased from 66% to 79% in the I/P population, but the probability for an additional 2 years from survival remained at 85% for the FAV population. Conditional OS was also higher in the combination arm beyond the 3-year landmark analysis in all patients and regardless of their risk category (ITT, 81% vs 72%; I/P, 79% vs 72%; FAV, 85% vs 72%). Probability of remaining progression free had a higher increase at 37% to 89% in the ITT patient population, I/P patients saw a higher increase at 36% to 90% and FAV patients had the lowest increase of probability to remain progression free at 38% to 85%.

“Conditional OS estimates were consistently high with nivolumab plus ipilimumab in patients with complete response and improved from time 0 to 3 years in all clinical subgroups,” concluded Motzer. “The safety profile [with nivolumab plus ipilimumab] remained consistent with previous reports with a better health related quality of life comparison.”