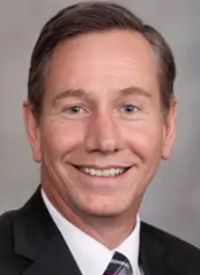 The integration of novel options beyond CAR T-cell therapy, such as monoclonal antibodies, antibody-drug conjugates (ADCs), or bispecific antibodies, into the treatment of patients with non-Hodgkin lymphoma may possess the potential to improve accessibility, cost, and durability of responses down the line, according to Stephen M. Ansell, MD, PhD. However, until long-term data on these approaches become available, CAR T-cell therapy should still be considered first for those who are eligible.

“It is a very exciting time for the management of this population, and options are abundant and improving all the time. [Things are rapidly changing for] patients who previously may have had a dismal prognosis,” Ansell said. “However, at this point, my preference is still to consider CAR T-cell therapy first, rather than some of the other immunotherapy options, just because we have longer follow-up and a clearer delineation of a good-prognosis group who may [experience] a durable remission, and hopefully cure, with treatment. In my practice, I am using these other approaches after CAR T or if the patient relapses.”

In an interview with OncLive® during the 2021 Pan Pacific Lymphoma Conference, Ansell, professor of medicine, Consultant, Chair of Faculty Development and Recruitment, Division of Hematology, Department of Internal Medicine, Mayo Clinic, discussed recent progress made with non–CAR T-based approaches in the non-Hodgkin lymphoma treatment paradigm, opportunities for sequencing available options, and ongoing efforts that are picking up momentum.

OncLive®: What recent advances have been made with CAR T-cell therapies and other novel immunotherapeutic approaches in the treatment of patients with non-Hodgkin lymphoma?

Ansell: This has become a very exciting field with a lot of changes happening, and [we have seen] a lot of updated data that have been very informative. The excitement around CAR T-cell therapy has to do with the high response rates, as well as the durability of the responses. However, [the modality] is expensive, time consuming, sometimes challenging to administer, and has toxicities. We have seen a degree of a plateau on the curve in patients who are out several years now. The thinking here is that approximately one-third of patients can be cured with this treatment.

But as we look at longer-term follow-up [data on] some of the immunological therapies [that have emerged], such as tafasitamab-cxix [Monjuvi] in combination with lenalidomide [Revlimid], we have recently seen an…[approximately] one-third of patients with very durable remissions. Whether we can utilize this treatment that may be more accessible to more patients, may be more cost effective, and may also have long-term and durable remissions has become a key question. At the end of the day, this is going to take a randomized trial [to answer], but that is what makes it a fun discussion. Clearly, there are parts and components of this that can be debated.

How have these therapies been incorporated into clinical practice?

In the past, when patients with large cell lymphoma [had] an autologous stem cell transplant [ASCT] fail, their prognosis was very grim. We did not many tools available to us [for them], and palliative chemotherapy was often their only option. This has dramatically changed. We now have multiple modalities of treatment. [For example, we have] ADCs, such as polatuzumab vedotin [Polivy], which can be used in combination with chemotherapy; antibodies, like tafasitamab, that can be used in combination with agents like lenalidomide [Revlimid]; and bispecific antibodies, such as selinexor [Xpovio], which is a CRM1 inhibitor that modulates some of the cellular transport. These are all promising, approved agents that can be used.

What ongoing research efforts are you most excited about?

Two randomized control trials are comparing ASCT with CAR T-cell therapy. Those trials have now been fully accrued, and some tantalizing press releases have [reported] that the end points for those studies have looked promising. No other data exists yet, but we are expecting [more] to be presented at a future meeting. Whether we can utilize CAR T-cell therapy instead of ASCT is [information] that everyone is [eagerly] waiting for.