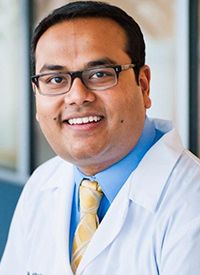 There are several ADCs in development that target cell-surface markers in triple-negative breast cancer (TNBC), namely TROP-2, LIV1, HER2, and HER3. These ADCs consist of a high-affinity antibody linked with a toxic payload. They bind to the target antigen and are internalized by the cell, where the linker is degraded by the lysosome to release the cytotoxic payload within the cancer cell, causing apoptosis.

“The question is how can we further improve the response rates,” explained Bardia, director of Precision Medicine at the Center for Breast Cancer and founding director of the Molecular and Precision Medicine Metastatic Breast Cancer Clinic, Massachusetts General Hospital Cancer Center, and assistant professor of medicine, Harvard Medical School. “We saw a response rate of 30% to 40% with these antibody-drug conjugates, can we improve that to 50%, 60%, 70%, 80% and further improve the outcomes of patients with metastatic breast cancer.”

Sacituzumab govitecan targets TROP-2 to release SN-38, the active metabolite of irinotecan. In a phase I/II single-arm open-label study,1 Bardia along with other researchers, found that sacituzumab govitecan showed durable objective responses in pretreated patients with metastatic TNBC, with myelotoxicity being the major adverse effect.

The study included 108 patients with TNBC. A majority of patients had visceral metastases (80%) and the median time from metastatic diagnosis to treatment in the study was 1.5 years. Sacituzumab govitecan was administered at 10 mg/kg on days 1 and 8 of each 28-day cycle. Overall, 57 patients had moderate (2+) to strong (3+) TROP-2 expression by immunohistochemistry and 5 had weak or absent staining for the marker. The data were not available for the remaining patients.

Based on these findings, in December 2019 the FDA accepted a biologics license application (BLA) for sacituzumab govitecan as a treatment for patients with metastatic TNBC who have received at least 2 prior therapies for metastatic disease.

The phase III ASCENT trial (NCT02574455) is currently exploring sacituzumab govitecan in comparison with treatment of physician choice for patients with metastatic TNBC. The trial, which has fully accrued 529 patients, is expected to report results in 2020 (NCT02574455). The current BLA for sacituzumab govitecan, if approved, will provide an accelerated approval for the medication. Findings from the ASCENT trial will act as confirmation.

The drug is being evaluated in an ongoing phase I study in patients with metastatic TNBC who have received ≥2 cytotoxic regimens in the unresectable, locally advanced, or metastatic setting (NCT01969643).

At the 2019 SABCS, findings were presented from a phase Ib/II study for the combination of ladiratuzumab vedotin with the PD-1 inhibitor pembrolizumab (Keytruda) in patients with locally advanced or metastatic TNBC.3 According to the abstract, among 26 assessable patients, the ORR was 54% with the combination (95% CI, 33.4%-73.4%). Bardia noted that a majority of patients (>90%) treated with the combination experienced some level of decline in tumor size.

The combination of ladiratuzumab vedotin continues to be assessed in a phase I/II study. The enrollment goal for the study is 97 patients and the estimated completion date is set for May 2020 (NCT03310957).

[Fam-] trastuzumab deruxtecan-nxki (Enhertu), is a novel ADC comprised of 3 components: a humanized anti-HER2 IgG1 monoclonal antibody with the same amino acid sequence as trastuzumab; a topoisomerase I inhibitor payload, an exatecan derivative; and a tetrapeptide-based cleavable linker.

Bardia noted that the novel HER2-targeting agent has been evaluated in multiple studies. In December 2019, the agent was FDA-approved for the treatment of adult patients with unresectable or metastatic HER2-positive breast cancer who have received ≥2 prior anti—HER2-based regimens in the metastatic setting.

The approval was based on findings from the phase II DESTINY-Breast01 trial (NCT03248492).4 In the study, trastuzumab deruxtecan induced a confirmed ORR of 60.3% per independent central review (95% CI, 52.9%-67.4%), including a 4.3% complete response rate and a 56% partial response rate. ORRs were consistent across subgroups, including those with prior treatment with pertuzumab (Perjeta) and those with ≥3 prior regimens.

HER3 overexpression in breast cancer is associated with decreased survival and there are currently no approved HER3-targeted therapies, making it a target of extreme interest. To that end, Bardia noted that an ongoing phase I/II study (NCT02980341) is exploring the safety and efficacy of the investigational ADC U3-1402 in patients with HER3-overexpressing breast cancer.5