Tanya B. Dorff, MD, highlights improvements in the current treatment paradigm for other genitourinary cancers and spotlights efforts being made to expand the role of immunotherapy and targeted therapy combinations. 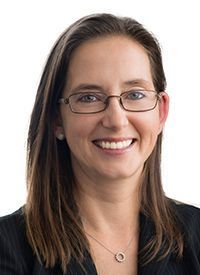 The use of androgen deprivation therapy (ADT) intensification with novel doublet and triplet regimens has greatly improved the treatment of patients with metastatic hormone-sensitive prostate cancer (mHSPC), according to Tanya B. Dorff, MD. However, further investigation is required to better identify patients who benefit most from these regimens and maximize their efficacy in the frontline setting and beyond.

“For most newly diagnosed men with metastatic prostate cancer, monotherapy with castration agents is not really adequate, barring [patients who are] elderly, frail, [or who have] comorbid [conditions],” ​​Dorff said following an OncLive® Institutional Perspectives in Cancer webinar on genitourinary cancers, which she chaired. “Ongoing trials are going to be important in fleshing out the [treatment] landscape and providing us [with] more than one way to do triplet intensification for mHSPC.”

In the interview with OncLive®, Dorff highlighted key topics presented during the meeting, including the importance of biomarker screening and molecular stratification for patients with prostate cancer. She also discussed improvements in the current treatment paradigm for other genitourinary cancers and spotlighted efforts being made to expand the role of immunotherapy and targeted therapy combinations.

Dorff is an associate professor in the Department of Medical Oncology & Therapeutics Research, and section chief of the Genitourinary Disease Program at City of Hope in Duarte, California.

OncLive®: Based on some of the more recent trials evaluating intensified treatment in metastatic prostate cancer, which patients may benefit more from triplet therapy?

Dorff: There have been a huge number of changes in mHSPC treatment, moving into intensified therapy with doublets, and now, triplets. [This] includes the recently presented ARASENS trial [NCT02799602] with up-front docetaxel and darolutamide [Nubeqa], which showed a survival advantage over ADT plus docetaxel alone.

[My colleagues and I] highlighted the importance of evaluating patients for doublet and triplet therapy [and discussed] which types of patients might benefit most [from each]. It seems like those with synchronous, high-volume disease may be one group to target with triplet therapy, although that may not be the only group. In the future, we [will] hopefully be able to better select treatment strategies for [more] molecularly defined subgroups.

What key trials have helped advance treatment options for patients in this space?

ARASENS really opened the door as a very clean, rigorous phase 3 trial providing level 1 evidence for triplet therapy. The PEACE-1 trial [NCT01957436] also [evaluated] triplets but was a bit more complicated and was not initially designed to address the use of chemotherapy as well as an androgen receptor–targeted agent. [However, the trial] does provide supportive evidence that adding abiraterone acetate [Zytiga] to up-front docetaxel [and ADT] was beneficial. The unanswered question is how much docetaxel adds when we’re using one of our powerful androgen receptor–targeted agents; [unfortunately,] neither ARASENS nor PEACE-1 really answer that.

Ongoing clinical trials are testing different triplet [combinations] that we are really excited about. [They are] adding [drugs like] lutetium prostate-specific membrane antigen–radiopharmaceuticals, PARP inhibitors, and PI3K inhibitors. These ongoing trials are going to be important in fleshing out the [treatment] landscape and providing us [with] more than one way to do triplet intensification for mHSPC.

What challenges may emerge with the use of these novel therapeutics in first-line treatment?

[The use of these regimens] does complicate first-line metastatic castration-resistant prostate cancer treatment. [In the past,] patients had previously only been exposed to castration, docetaxel, or an androgen receptor–targeted agent [alone] when they became [castration resistant], but we’re now looking at a scenario where some patients will have been exposed to both types of agents in the first line.

It’s really [a matter of] semantics. I don’t think there’s going to be a difference in cancer biology [for patients] who progressed on these agents sequentially vs up front. However, it [may] mean that castration-resistant disease is going to [become] more aggressive, because it has become resistant to multiple approaches. Fortunately, we have other types of agents that we can employ in that scenario, and there are plenty of clinical trials [in this area].

What unmet needs still need to be addressed for mHSPC?

The greatest unmet need I see in the mHSPC space is biomarker definition of different disease biologies. We are starting to see [some] large phase 3 trials [examining] up-front intensified therapy [that are] reporting some of [this] correlative science, so this [could become] a palpable reality. In the next few years, [we may] begin to select patients for future trials based on molecular stratification—not only on whether they have high or low volume, or synchronous or metachronous [disease].

Your colleague, Abhishek Tripathi, MD, of City of Hope, presented on updates in frontline metastatic urothelial cancer treatment. How might novel immunotherapy combinations continue to alter the standard of care in this setting?

What was exciting about Dr Tripathi’s presentation on frontline bladder cancer therapeutics is that we may finally unseat platinum chemotherapy in the near term. As it stands today, platinum chemotherapy still plays a primary role in the first-line setting. However, these antibody-drug conjugate [ADC] combinations, like enfortumab vedotin-ejfv [Padcev] with immunotherapy like pembrolizumab [Keytruda], have strong data. We should be hearing about the randomized first-line [EV-302 (NCT04223856)] trial that could potentially unseat platinum chemotherapy. [It] would be nice for our patients to have a different approach [available].

Sandy Liu, MD, of City of Hope, discussed the treatment of metastatic urothelial cancer outside of the frontline setting. What options can be leveraged for patients in need of subsequent lines of therapy, and what other roles may exist for these agents?

It’s great that we have multiple lines of therapy for our patients with bladder cancer. When I started treating patients with genitourinary cancers, we didn’t have [many alternative options] beyond platinum-based chemotherapy [with] taxanes. Now, we know that immune checkpoint inhibitors [ICIs] are more effective. ADCs like enfortumab vedotin and sacituzumab govitecan-hziy [Trodelvy] are very active options. We even have the FGFR inhibitor erdafitinib [Balversa] for those with appropriate molecular alterations.

The [main question] in second-line therapy is how to [potentially] shift the sequencing of these agents in case the newer combinations do end up in the frontline setting. There are some promising strategies in development, so we’ll have to [wait] for the ongoing clinical trials to report [their findings].

What questions remain regarding the use of second-line ICIs in metastatic renal cell carcinoma (mRCC), as per the presentation given by Sumanta Pal, MD, FASCO?

The big unanswered question has been whether there’s a role for ICIs in the second-line setting after exposure in the first-line setting. These days, most of our patients with mRCC receive either first-line IO [immuno-oncology]/IO with ipilimumab [Yervoy] and nivolumab [Opdivo], or IO and VEGF TKI combinations like cabozantinib [Cabometyx] and nivolumab, or axitinib [Inlyta] and pembrolizumab. Most of our patients with mRCC in the second line have been exposed to ICIs. Dr Pal highlighted some ongoing trials, including the [CONTACT-03] trial [NCT04338269] of cabozantinib with atezolizumab [Tecentriq], as well as the TiNivo-2 trial [NCT04987203] of tivozanib [Fotivda] and nivolumab. [Data from] these [trials] will advance our understanding of what optimal second-line therapy looks like for patients pretreated with an ICI.

Regarding the presentation given by Alexander Chehrazi-Raffle, MD, of City of Hope, on PARP inhibitors in prostate cancer, how have key trials affected this patient population?

Dr Chehrazi-Raffle summarized the landmark registrational trials for PARP inhibitors in prostate cancer. We’re all grappling with these new data for combining PARP inhibitors with androgen receptor–targeted agents. In molecularly-unselected populations, we were [very] used to needing the biomarker of a homologous recombination repair alteration to select for patients who would benefit from PARP inhibitors. The phase 3 PROpel trial [NCT03732820] was groundbreaking [because it] showed that olaparib [Lynparza] and abiraterone were superior to abiraterone alone, regardless of a patient’s genomic alteration landscape.

The phase 3 MAGNITUDE trial [NCT03748641] was negative in the unselected population and only positive in the biomarker-selected population. [However,] we’ve now [seen] a press release about talazoparib [Talzenna], which was combined with enzalutamide [Xtandi] and showed a benefit in unselected patients. That’s the big presentation that we’re all waiting to hear [more about], so we can better understand whether this type of combination approach makes sense.

One problem is that these trials are largely being done in patients who have not been exposed to androgen receptor–targeted agents. We’ll have to understand how to work around that [by] incorporating these data into practice. Eventually, [we might] move [PARP inhibitors to the] up-front [setting]. Whether [they are utilized] as a strategy for homologous recombination repair–deficient patients or all-comers will remain to be seen, but there’s certainly interest in moving this very active class of drugs to earlier disease [stages].

Are there any ongoing trials at City of Hope that you would like to highlight?

City of Hope is involved in cooperative group trials and pharmaceutical[-sponsored] registrational trials, as well as our own research. We are performing a trial evaluating triplet therapy [comprised of] ADT, abiraterone, and talazoparib in an unselected population [with in mHSPC]. Although this is not a randomized trial, we [hope] to learn from the extensive correlative science that’s embedded into it and start to [better] understand mechanisms [for this regimen. In turn, this could identify] subgroups [for] whom this [regimen] might be a good approach.

We also are very interested in immunotherapy at City of Hope. Both Dr Pal and [I] are interested in bispecific T-cell–engaging antibodies and CAR T-cell therapies for RCC and advanced prostate cancer, [respectively]. We always encourage patients and providers to consider referrals for more innovative, groundbreaking strategies that we hope to bring to patients with genitourinary cancers.