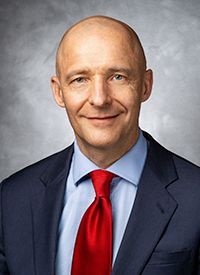 As the frontline renal cell carcinoma (RCC) treatment landscape rapidly changes, improvements in second and later lines of therapy are crucial, according to Eric Jonasch, MD. Among these potential later-line advances are lenvatinib (Lenvima) plus everolimus (Afinitor) and the phase 3 TiNovo-2 trial (NCT04987203) regimen of nivolumab (Opdivo) plus tivozanib (Fotivda).

“These are exciting days in kidney cancer research,” Jonasch said in an interview with OncLive® preceding the 2022 International Kidney Cancer Symposium.

In an interview with OncLive®, Jonasch, a professor in the Department of Genitourinary Medical Oncology in the Division of Cancer Medicine at The University of Texas MD Anderson Cancer Center in Houston, discussed key clinical trials that are paving the way for improved treatment sequencing in RCC, prospective benefits of neoadjuvant cabozantinib (Cabometyx) in nonmetastatic clear cell RCC, and the importance of further research and drug development across RCC subtypes.

OncLive®: What are you looking forward to at this year’s International Kidney Cancer Symposium?

Jonasch: Most importantly, I’m looking forward to meeting face-to-face with my peers. We’ve started to get the opportunity to do that at a couple of meetings this year. Being able to get together with my colleagues in kidney cancer research to discuss the pressing research matters is going to be the biggest value add for me.

We’re seeing some movement away from single-agent therapy in second- and later-line treatment. One such phase 2 trial (NCT05012371) is evaluating lenvatinib plus everolimus vs cabozantinib in patients with metastatic RCC that progressed on a PD-1 or PD-L1 checkpoint inhibitor. How might these trials complicate or clarify potential sequencing strategies?

It’s important that we start looking at these types of questions in the later lines of therapy. Because the frontline setting has changed so rapidly, many of the existing legacy phase 3 trials that have resulted in approvals in the second- and subsequent-line settings are obsolete.

Reframing those trials in the context of what patients have previously received is critically important. We have much work to do in the second and subsequent lines of therapy. We also [need to do this work] fairly quickly and efficiently because of the fact that the frontline setting is changing so rapidly.

The hope here is that maintenance of PD-1 blockade in individuals who are PD-1–experienced, together with an anti-angiogenic agent, a potent VEGF receptor inhibitor like tivozanib, is going to be superior to a TKI monotherapy in the subsequent-line setting. This is a bold trial where we are asking that question in a randomized matter.

Only 1 other trial is looking at this, with cabozantinib plus atezolizumab [Tecentriq] vs cabozantinib alone. This is important, and whether this provides a positive signal, these are the types of trials we need to do in the subsequent-line setting to better understand the role of continuing PD-1 blockade.

Cabozantinib has been effective as a single agent and as a combination therapy partner in the metastatic setting and is now being evaluated as a neoadjuvant therapy in patients with locally advanced, nonmetastatic clear cell RCC. What are some potential considerations for cabozantinib use in this population if this study proves to be positive?

Looking at drugs like cabozantinib in the neoadjuvant setting follows in the line of questioning whether a neoadjuvant or adjuvant strategy in patients with nonmetastatic RCC is a viable approach. We continually need to do studies in this setting, and we need to continually ask questions about what the best strategy is.

We see in other disease types that neoadjuvant strategies are effective. So far, in RCC, we haven’t had a study that’s demonstrated effectiveness in [the neoadjuvant setting]. Whether cabozantinib is the drug for this [disease] remains to be seen, but these types of questions need to continue to be asked in a clinical trial setting.

What other trials or therapies in RCC are important to highlight?

A new class of agents is coming down the pipeline, the hypoxia inducible factor-2 alpha inhibitors. Some interesting studies have been published. In 2021, a single-arm [phase 1] study [(NCT02974738)] came out in the metastatic [clear-cell RCC] setting, where we demonstrated that belzutifan [Welireg] resulted in an objective response rate [ORR] of 25% and a median progression-free survival [PFS] of 14.5 months.

Newer studies that have come out demonstrate that, [similarly to] belzutifan in combination with cabozantinib in the second-line setting, we’re seeing striking numbers in the frontline setting. [In cohort 1 of the phase 2 LITESPARK-003 trial (NCT03634540)], the combination resulted in an ORR of 57% and a median PFS of 30.3 months. These [data were in] predominantly favorable-risk patients. Nonetheless, [these data] demonstrate that a new mechanism of action exists in this compound, belzutifan. Several other agents with a similar mechanism of action are being tested, and they’re all important.

What main message about advances in RCC would you like to impart to colleagues?

What ongoing or upcoming research are you involved in that you would like to bring to light?

First, I lead the Kidney Cancer Research Consortium, a Department of Defense–supported consortium at 7 institutions around the country. We’re trying to help accelerate research with more innovative trials in kidney cancer.

Second, a trial that [I’m leading] is going to be opened at MD Anderson soon through a DOD grant. It’s using lutetium-tagged girentuximab [Rencarex], which is a CA9 antibody, together with cabozantinib and nivolumab. We’re excited about this trial because we are testing a novel mechanism of action where we’re hoping to stimulate the [stimulator of interferon genes] pathway in kidney cancer, and because we have novel imaging.

We’re going to be looking at T-cell infiltration and comparing tumor cell levels using novel imaging techniques. We’re hoping that this type of trial will lead to new therapeutic approaches and a better understanding of what’s happening at a tumor level using non-invasive imaging.