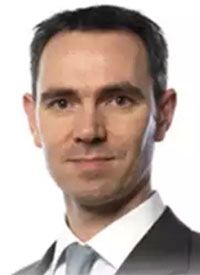 Of 45 evaluable patients, single-agent NUC-1031, which is a ProTide transformation of gemcitabine, was found to induce a complete response (CR) in 1 patient, partial responses (PRs) in 2 patients, and stable disease in 16 patients, based on an assessment by blinded independent central review.

The PRO-105 trial enrolled heavily pretreated patients who received a median of 5 prior lines of therapy, and 72% of them had ≥1 comorbidity at study entry. Forty-five percent of patients were unable to complete the first cycle of treatment with NUC-1031, despite the fact that they did not have progressive disease or any serious grade 3/4 adverse events.

In the 23 patients who were given ≥2 cycles of NUC-1031, the confirmed objective response rate was 13% and the disease control rate (DCR) was 83%. However, these findings are preliminary and thus, are subject to change, according to NuCana plc, the manufacturer of the drug.

In the phase II CLIO trial, investigators evaluated the use of single-agent olaparib (Lynparza) versus current standard chemotherapy composed of paclitaxel, pegylated liposomal doxorubicin, topotecan, and gemcitabine in patients with platinum-resistant ovarian cancer who received a median of 3 prior lines of treatment. The objective response rate (ORR) was 18% with olaparib versus 6% with chemotherapy.2 In those with germline BRCA mutations, the ORR was 38% versus 13% with olaparib versus chemotherapy, respectively.

Thirty-three patients received chemotherapy in the CLIO trial; these patients had received a median of 3 prior lines of treatment. However, cross-trial comparisons should be interpreted with caution, given the variations in trial design and statistical analyses.

The randomized, open-label, 2-part PRO-105 trial was designed to determine the optimal dose of NUC-1031 in patients with platinum-resistant ovarian cancer who received ≥3 lines of chemotherapy.3 The primary end point of the trial was ORR at the selected dose level of either 500 mg/m2 or 750 mg/m2, as assessed by blinded independent central review. DOR, progression-free survival, overall survival, pharmacokinetics, and patient-reported outcomes are among the trial’s secondary end points.

In part 1 of the trial, patients were randomized to 1 of the 2 exploratory doses of NUC-1031: 500 mg/m2 or 750 mg/m2 on days 1, 8, and 15 of a 28-day treatment cycle. Randomization was stratified for both BRCA1/2 mutational status as well as the number of prior lines of chemotherapy that had been received.4

For part 2 of the trial, investigators planned to more closely examine the safety, pharmacokinetics, dosing intensity, and clinical activity of the agent in an expansion cohort. However, NuCana has decided against proceeding with part 2 of the PRO-105 trial. Instead, the company will be focusing its resources on exploring the agent’s use in biliary tract cancer and examining NUC-3373, a ProTide transformation of fluorouracil, in colorectal cancer.

“The advent of PARP inhibitors has changed the ovarian cancer treatment landscape markedly in recent years, resulting in a more complex regulatory pathway for single-agent therapy,” Griffith said in the press release. “We have been very encouraged by the synergy we have observed with [NUC-1031] in combination with platinum agents, both in patients with biliary tract cancer and ovarian cancer. As such, any further development of [NUC-1031] in patients with ovarian cancer would likely involve combining it with a platinum agent.”