The combination of olaparib and pembrolizumab continued to demonstrate antitumor activity in patients with metastatic castration-resistant prostate cancer who previously received docetaxel. 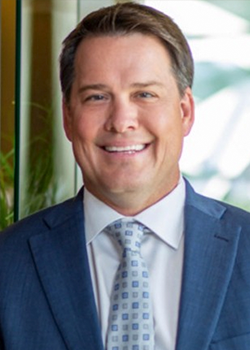 The combination of olaparib (Lynparza) and pembrolizumab (Keytruda) continued to demonstrate antitumor activity in patients with metastatic castration-resistant prostate cancer (mCRPC) who previously received docetaxel, according to updated data from the ongoing phase 1b/2 KEYNOTE-365 trial presented during the 2021 AUA Annual Meeting.1

The KEYNOTE-365 trial (NCT02861573) was launched to assess the efficacy and safety of the olaparib/pembrolizumab regimen in patients with mCRPC. Prior results shared from cohort A showed promising clinical activity in molecularly unselected patients who had previously received docetaxel.2,3

“Cohort A of KEYNOTE-365 examined specifically the safety and efficacy of the combination of pembrolizumab and olaparib in molecularly unselected patients with mCRPC,” Nordquist said.

Patients were enrolled if they had molecularly unselected, docetaxel-pretreated mCRPC that had progressed within 6 months of screening. They also must have been treated previously no more than once with chemotherapy for mCRPC and no more than twice with second-generation hormonal therapies.

“The overall disease control rate was 26% for the total population, and clinical activity was consistent across PD-L1 and HR mutation subgroups,” Nordquist said.

“The safety profile of pembrolizumab plus olaparib in combination is consistent with individual profiles of each agent. These results do support further evaluation of this combination in mCRPC,” concluded Norquist.

The phase 3 KEYLYNK-010 trial (NCT03834519) will further investigate pembrolizumab plus olaparib by comparing their efficacy vs abiraterone or enzalutamide in abiraterone- or enzalutamide-pretreated patients with mCRPC who have experienced disease progression on or after docetaxel for mCRPC.