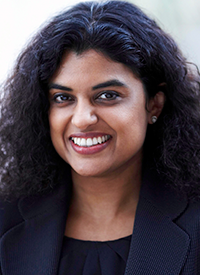 “Olaparib plus durvalumab and bevacizumab demonstrated encouraging clinical activity in women with non-germline BRCA-mutant, platinum-sensitive, relapsed ovarian cancer,” lead study author and a consultant medical oncologist and Research Lead for the Gynaecology Unit at the Royal Marsden in London, United Kingdom, Susana Banerjee, MBBS, PhD, FRCP, said in a presentation of the data. “Findings warrant further investigation of the triplet combination as a non-chemotherapy treatment for non-germline BRCA-mutant ovarian cancer.”

To be eligible for enrollment, patients had to have confirmed non-germline BRCA-mutant, high-grade serous, platinum-sensitive relapsed ovarian cancer and have received between 1 and 2 lines of prior platinum-based chemotherapy and be naïve to PARP inhibitors and immune-oncology agents.

Patients were enrolled into 1 of 2 cohorts where they received either 300 mg of oral olaparib twice daily plus 1.5 g of intravenous (IV) durvalumab every 4 weeks and 10 mg/kg of IV bevacizumab every 2 weeks or 300 mg of olaparib and durvalumab in the same schedule.

At the final data cutoff, no patients remained on treatment in the combination arm, whereas 16.1%, 12.9%, and 6.5% of patients in the triplet arm remained on olaparib, durvalumab, and bevacizumab, respectively.

“Previous exploratory analyses showed a high ORR in the triplet cohort and suggested that this was not driven by differences in genomic instability status [GIS],” the authors wrote. “Review of PFS and OS outcomes did not identify any clear relationship based on GIS or PD-L1 in this limited dataset. Further investigations are warranted.”

The toxicity profile of the doublet and triplet was similar to that expected of each agent alone and displayed no new safety signals with additional follow-up.

AEs leading to discontinuation of any study drug occurred in 32.3% of patients in the triplet arm vs 3.1% of those in the doublet arm.

Notably, no deaths occurred in the triplet arm vs 1 in the doublet arm.

The combination of olaparib plus durvalumab and bevacizumab is now under investigation as frontline maintenance therapy in patients with non-BRCA–mutant advanced ovarian cancer in the phase 3 DUO-O/ENGOT-ov46/GOG-3025 trial (NCT03737643).