Terry P. Mamounas, MD: The Oncotype DX test is a commercially available genomic classifier that uses genes in the breast tumor from the resected specimen to estimate risk of recurrence and also a potential for chemotherapy benefit. It’s used in patients with estrogen receptor [ER]-positive, HER2 [human epidermal growth factor receptor 2]-negative breast cancer. It is comprised of 21 genes—16 are cancer genes and 5 are reference genes. This test has been developed and validated primarily in the population of patients with ER-positive, HER2-negative early stage breast cancer. As I mentioned, it was validated to predict the risk of distant recurrence in patients who are treated with adjuvant endocrine therapy. In those studies it was actually tamoxifen, so 5 years of tamoxifen was the treatment. In that population the 21-gene recurrence score, or Oncotype DX, has been found to be prognostic of risk of distant recurrence. In subsequent studies it was also found to be predictive of chemotherapy benefit, based on some other studies that compared tamoxifen to chemotherapy plus tamoxifen.

In the past we used these clinical pathologic factors to make a decision for chemotherapy use. Traditionally we used clinical pathologic factors such as tumor size and nodal status because the risk of the patients was higher where the tumor size is larger or where the nodal status was positive or multiple nodes. But in terms of predicting chemotherapy benefit, those factors are not necessarily the best predictors. 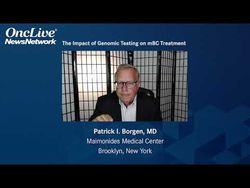 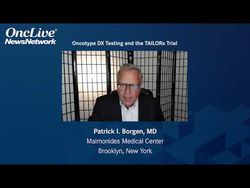 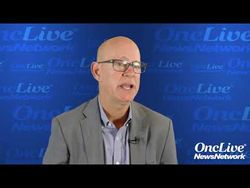