Optical genome mapping was found to effectively detect most abnormalities defined by standard methods, such as chromosome banding analysis, chromosomal microarrays, and fluorescence in situ hybridization, as well as several additional abnormalities of unknown clinical significance, in patients with chronic lymphocytic leukemia. 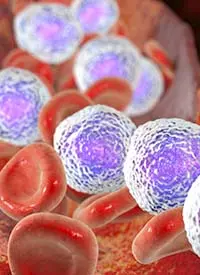 Optical genome mapping (OGM) was found to effectively detect most abnormalities defined by standard methods, such as chromosome banding analysis (CBA), chromosomal microarrays (CMA), and fluorescence in situ hybridization (FISH), as well as several additional abnormalities of unknown clinical significance, in patients with chronic lymphocytic leukemia (CLL), suggesting this technology is a potentially valuable tool in assessing genomic complexity in this patient population, according to findings from a study presented during the 2021 International Workshop on CLL.1

OGM detected 88% (n = 184) of previously known abnormalities and provided additional structural information in 45% (n = 19) of patients, most of which were associated with microarray copy number alternations (CNAs) or unknown cytogenetic elements reported by CBA.

Notably, OGM detected new balanced rearrangements, particularly among patients with CK, that should be further validated.

“Further studies are required to define genomic complexity criteria by OGM and implement this technique in the routine management of patients with CLL,” lead study author Anna Puiggros, a medical associate for the Pathology Service at Hospital del Mar, and a member of the Translational Research Group in Hematological Neoplasms at the Institut Hospital del Mar d’Investigacions Médiques, in Barcelona, Spain, and coauthors wrote in the poster.

CBA, CMA, and FISH are currently utilized methods for risk stratification and identifying CK in patients with CLL; however, each method is associated with intrinsic limitations.

OGM is a novel method of risk stratification that relies on the imaging of long DNA molecules of greater than 250 kbp that has the potential to overcome some of the limitations associated with the aforementioned technologies. With OGM, long DNA molecules are labeled at specific sequences across the genome and imaged by a high-throughput, high-resolution machine. The resulting information comprises a map of the genomic location of every molecule that detects chromosomal abnormalities based on labels patterns vs a reference genome and number of molecules mapped in each region.

The goals of this study were “to compare the results obtained by OGM with previous CBA and CMA information [and] to analyze the usefulness of OGM in the assessment of genomic complexity in patients with CLL,” Puiggros and coauthors wrote.

In the study, investigators analyzed 42 patients with CLL, 18 of whom carried CK by CBA. Patients were a median age of 66 years, and the majority (67%) were male. Sixteen percent of patients had Binet stage B or C disease.

Tumor DNA from peripheral blood was also analyzed by OGM; abnormalities identified by OGM were compared with available CBA, FISH, and CMA results. Additionally, clinical-biological characteristics and time-to-first treatment (TFT) were evaluated based on the complexity identified by OGM.

Additional results showed that, as a continuous variable, the number of alterations defined by OGM demonstrated a concordance index for TFT (c-index = 0.623) that was similar to that observed with CBA (c-index = 0.602) and CMA (c-index = 0.657).