Olaparib and talazoparib failed to demonstrate statistically significant improvements in overall survival compared with chemotherapy in pretreated patients with BRCA1/2-mutant metastatic HER2-negative breast cancer. However, the results are unlikely to affect the drugs’ utility in practice, given that both agents continue to show favorable tolerability and disease control 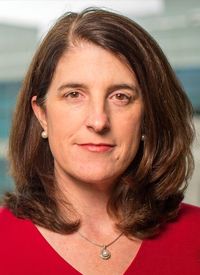 Olaparib (Lynparza) AND talazoparib (Talzenna) failed to demonstrate statistically significant improvements in overall survival (OS) compared with chemotherapy in pretreated patients with BRCA1/2-mutant metastatic HER2-negative breast cancer in the phase 3 OlympiAD and EMBRACA trials, respectively. However, the results are unlikely to affect the drugs’ utility in practice, given that both agents continue to show favorable tolerability and disease control, according to Jennifer K. Litton, MD.

“I don’t think that it really changes the use of PARP inhibitors as a class because both trials were very consistent not only in terms of PFS [progression-free survival] and time to response, but both showed, very convincingly, improvements in patient-reported outcomes and quality of life, which is so important,” said Litton, who will be giving a presentation on managing breast cancer with aberrant DNA damage response/repair on Saturday, March 6. “If we’re going to make improvements [in a patient’s disease burden] but make their life miserable [in the process], then we haven’t done anything really to help them.”

Litton added that the data that have been presented with PARP inhibitors have only scratched the surface. Ongoing trials evaluating combinations with immunotherapy, preliminary signals of activity in patients with PALB2 alterations, and pending data in the neoadjuvant setting could lead to new paradigms in the future.

In an interview with OncLive® in advance of the 38th Annual Miami Breast Cancer Conference®, Litton, a professor of breast medical oncology at The University of Texas MD Anderson Cancer Center, discussed the present landscape of PARP inhibition in breast cancer and ongoing research that has the potential to affect current practice.

OncLive®: Have perceptions changed regarding the utility of PARP inhibitors in metastatic breast cancer since the updated data from OlympiAD and EMBRACA were presented?

Litton: At the Miami Breast Cancer Conference®, I’ll be talking about the [treatment] of patients with mutations in DNA damage repair pathways. We’re going to be discussing some of the data regarding the 2 PARP inhibitors that are currently FDA approved for metastatic breast cancer in patients with a germline BRCA mutation from the EMBRACA trial [NCT01945775], as well as the OlympiAD trial [NCT02000622]. Both of those trials showed improvement in PFS [with talazoparib and olaparib, respectively].

Since the Miami Breast Cancer Conference® [in 2019], we have had some updates with OS [with these 2 studies]. The OlympiAD trial had shown that there was not a significant improvement in OS [with olaparib], though that trial was slightly smaller and not powered to see [an improvement in OS]. The EMBRACA study also read out this past year, and it has been reported and published that there also was not a statistically significant OS benefit [with talazoparib]. Very interestingly though, during that time, the [number of] patients who went on to receive PARP inhibitors or platinum was quite high in the [group of] patients who [had been randomized to] physician’s choice as PARP inhibitors became commercially available. Therefore, there is a lot to unpack with regard to that OS analysis.

If we randomize patients to a drug that keeps their tumor under control for longer and doesn’t impair survival, which is clear from both studies, and actually makes them feel better and more functional, then I think there will always be a place for this class of drugs in the metastatic setting. This is really in the setting of de novo metastatic disease up until the third-line setting, as in the EMBRACA trial, and up to the second-line setting, as in the OlympiAD trial.

Does the future of PARP inhibition lie in combinations? If so, with what agents?

We also have seen some really exciting new studies coming out, some of which are combination trials, especially with immunotherapy. We have known that PARP inhibitors and even DNA damage repair–based tumors may potentially be more sensitive to immunotherapies.

This is, I think, the natural next step. We’ve had some early reporting from these trials with combinations, showing similar efficacy in the tumor response, which for PARP inhibitors alone was 60%, which is high for trials. We’re really going to see whether [the addition of an immunotherapy agent extends] the tail of response. That is one of the biggest questions as it’s moving forward into further-line therapies that we’re excited about.

Are there other alterations within the DNA damage repair pathway that could benefit from PARP inhibition?

The other question I get quite a bit is, beyond BRCA1/2, what about all of these other genes now on all these huge panels that we send? All DNA damage repair pathogenic variants are not the same. In some of these smaller studies, very consistently, [patients with] PALB2 mutations are having very similar responses to a lot of these therapies as [patients with] BRCA1/2 [mutations are]. It will be hard to do a PALB2-specific trial, but in my opinion, these patients should be allowed on these hereditary trials moving forward just as [if they had a] BRCA1/2 [mutation].

We’re not seeing the same [responses] for genes such as ATM and CHEK2, which really haven’t panned out to have specific predictive responses to some of these agents. Certainly, larger studies are needed. PALB2 is the [only other biomarker] that’s really coming forward as another identified mutation that we should start thinking about [as having] therapeutic implications.

We also see differences between germline and somatic mutations. Right now, [PARP inhibitors are] FDA approved for [patients with] germline [mutations], but there are many somatic mutations that also may have therapeutic implications for a lot of these therapies moving forward. We’re going to see lots of our next-generation PARP inhibitors under trial. Certainly, [regarding] the toxicity of PARP inhibitors, anemia is really the most common thing that we see, and there’s a lot of effort trying to improve that particular adverse effect.

Beyond just PARP inhibitors, there are so many other targets in a very complicated DNA damage repair pathway that are very druggable, very targetable. Multiple trials are ongoing, looking at other areas such as ATR, for example, among others. Right now, we have 2 PARP inhibitors for [patients with] metastatic breast cancer who are germline BRCA-mutation carriers, but I suspect we’re going to have many new agents in the next 2 to 4 years as well as potentially some combinations that might expand their use outside of germline BRCA-mutant, metastatic disease.

Do you anticipate that PARP inhibitors will move into the neoadjuvant setting?

: In the early breast cancer setting, we have data for preoperative therapy with PARP inhibitors, and we have a press release that just came out [about] it. I don’t have the details yet. I can only say that there’s a press release showing that the OlympiAD trial [of adjuvant PARP inhibition] has met its end points and will be presented. We are all very excited to see those results.