The European Commission has approved an expanded label for pembrolizumab for use as a single agent in the treatment of select adult and pediatric patients aged 3 years and older who have relapsed/refractory classical Hodgkin lymphoma. 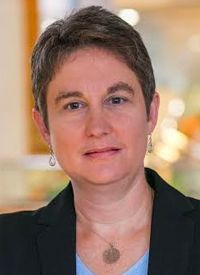 The European Commission (EC) has approved an expanded label for pembrolizumab (Keytruda) for use as a single agent in the treatment of adult and pediatric patients aged 3 years and older who have relapsed/refractory classical Hodgkin lymphoma and who have failed autologous stem cell transplant (ASCT) or after at least 2 previous therapies when ASCT is not an option.1

The regulatory decision is based, in part, on findings from the phase 3 KEYNOTE-204 trial (NCT02684292) where treatment with single-agent pembrolizumab resulted in a significant improvement in progression-free survival (PFS) over brentuximab vedotin (Adcetris). Specifically, the PD-1 inhibitor was found to reduce the risk of disease progression or death by 35% (HR, 0.65; 95% CI, 0.48-0.88; P = .0027). The median PFS was 13.2 months with pembrolizumab vs 8.3 months with brentuximab vedotin.

Supportive data from an updated analysis of the phase 2 KEYNOTE-087 trial (NCT02453594) were also used to support the approval. Data from this earlier-phase trial served as the basis for the 2017 EC approval of pembrolizumab for use in adult patients with relapsed/refractory classical Hodgkin lymphoma who have failed ASCT and brentuximab vedotin or who are not candidates for transplant and who have failed brentuximab vedotin.

“The EC’s approval of an expanded use of [pembrolizumab] provides another option for adult and pediatric patients with classical Hodgkin lymphoma who have disease progression after earlier lines of therapy or relapse after transplantation,” Vicki Goodman, MD, vice president of clinical research at Merck Research Laboratories, stated in a press release. “We are driven to advance therapies to help improve outcomes for patients with blood cancers, including those with relapsed or refractory classical Hodgkin lymphoma, through our broad clinical program.”

The KEYNOTE-204 trial enrolled patients with relapsed/refractory classical Hodgkin lymphoma who relapsed following ASCT or were ineligible for ASCT and failed 1 previous line of therapy. Patients needed to have measurable disease per International Working Group (IWG) 2007 criteria, an ECOG performance status of 0 to 1, to enroll to the trial. Patients could have been previously exposed to, or naïve to, brentuximab vedotin.2

Participants were randomized 1:1 to receive either intravenous (IV) pembrolizumab at 200 mg every 3 weeks (n = 148), or IV brentuximab vedotin at 1.8 mg/kg every 3 weeks (n = 152), for up to 35 cycles. Patients were stratified based on previous ASCT (yes vs no) and their status after first-line therapy (primary refractory vs relapsed <12 months vs relapsed ≥12 months after end of first-line treatment).

The median age of participants was 35.5 years, with 16.15% of patients older than 65 years of age. More than half of patients were male across the arms and the majority were White. Moreover, 61.15% had an ECOG performance status of 0. About 37% of patients had previously undergone ASCT, while about 63% had not. Notably, about 40% of patients were primary refractory after first-line therapy, about 28% had relapsed less than 12 months after treatment, and about 32% relapsed 12 months or longer after treatment.

Notably, PFS benefit favored pembrolizumab over brentuximab vedotin in all subgroups analyzed, irrespective of whether patients previously underwent ASCT, what their disease status was following first-line treatment, and whether they had prior brentuximab vedotin.

Additional data from the trial showed that the PFS per BICR, excluding clinical and imaging data after autologous or allogenic stem cell transplant, favored pembrolizumab. The median PFS was 12.6 months (95% CI, 8.7-19.2%) with the PD-1 inhibitor vs 8.2 months (95% CI, 5.6-8.6) with brentuximab vedotin. The PFS rates at 12 months in the investigative and control arms were 50.4% and 33.3%, respectively.

The median DOR per BICR also proved to be longer with pembrolizumab vs brentuximab vedotin, at 20.7 months vs 13.8 months, respectively. At 12 months, 62.4% of patients in the investigative arm continued to respond to treatment vs 50.0% of those in the control arm.

Regarding safety, about 96% of patients experienced toxicities across the arms. In the pembrolizumab arm, 43.9% of patients experienced adverse effects (AEs) that were grades 3 to 5 in severity, and 29.7% experienced serious AEs. Three patients on the investigative arm died. Fewer patients on pembrolizumab discontinued treatment due to AEs vs those on brentuximab vedotin, at 13.5% and 17.8%, respectively; however, more patients on the investigative arm discontinued due to serious AEs, at 9.5% vs 5.3% of those on the control arm.

In October 2020, the FDA approved an expanded label for pembrolizumab for use as a monotherapy in the treatment of adult patients with relapsed or refractory classical Hodgkin lymphoma.