Results from the KEYNOTE-028 study showed that pembrolizumab (Keytruda) was associated with a median duration of response of 6 months and a 6-month progression-free survival rate of 40.4% in women with advanced PD-L1–positive endometrial cancer. 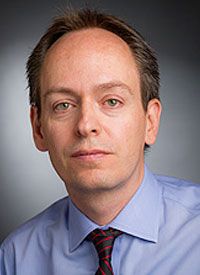 Results from the KEYNOTE-028 study showed that pembrolizumab (Keytruda) was associated with a median duration of response (DOR) of 6 months and a 6-month progression-free survival rate of 40.4% in women with advanced PD-L1—positive endometrial cancer. The findings were published online in the Journal of Clinical Oncology.

Furthermore, there were no grade 4 toxicities associated with the PD-L1—blocking monoclonal antibody, no treatment-related discontinuations, and only 16.7% of patients in the study reported grade 3 adverse events (AEs). The overall response rate was 13% (95% CI, 2.8-33.6). The 3 recorded responses to treatment were all partial responses in patients with endometrioid adenocarcinoma.

The patient population in this subgroup analysis is small (n = 24), but in a disease with poor prognosis, few treatment options—especially in the advanced stage&mdash;and no consensus on a standard regimen, pembrolizumab shows promise.

“The results from the KEYNOTE-028 trial presented herein indicate that pembrolizumab shows promise as a treatment for advanced endometrial cancer, a disease for which current treatment options are limited,” wrote lead author Patrick A. Ott, MD, PhD, Dana-Farber Cancer Institute, and co-investigators. “In this cohort of patients with PD-L1—positive, advanced endometrial cancer from the KEYNOTE-028 study, pembrolizumab monotherapy demonstrated durable antitumor activity.”

This analysis is part of the larger KEYNOTE-028 study, a multicohort, open-label, phase Ib basket trial evaluating the safety and efficacy of pembrolizumab in 20 advanced, PD-L1—positive solid tumor cohorts.

In this analysis, 22 patients had received prior treatment for recurrent or metastatic disease. The remaining 2 patients had undergone prior adjuvant radiotherapy. Median age was 67 years (range, 34-87) and 17 patients (70.8%) had endometrioid adenocarcinoma. Other histologies included other adenocarcinomas (12.5%), high-grade serous carcinoma (8.3%), and carcinosarcoma (4.2%).

Tumors in 5 of 20 evaluable patients showed decrease from baseline in target lesion, and researchers said this decrease was durable in the patients exhibiting partial response. The response was ongoing in 2 of these patients; 1 had a DOR of 63.7+ weeks and the other had a DOR of 64.7+ weeks. DOR for the third patient who had partial response was 64.3 weeks. Median duration of stable disease was 24.6 weeks (range, 13.1-24.6).

Median follow-up duration was 76.2 weeks at data cutoff, and all 24 patients in the study were included in the safety analysis. Thirteen patients (54.2%) experienced treatment-related AEs of any grade. The most common AEs (≥10%) were fatigue (20.8%), pruritus (16.7%), pyrexia (12.5%), and decreased appetite (12.5%). Four patients (16.7%) accounted for 8 grade 3 treatment-related AEs: 1 patient had asthenia and back pain; 1 experienced anemia, hyperglycemia, and hyponatremia; 1 had chills and pyrexia; and 1 had diarrhea.

Roisin E. O’Cearbhaill, MD, a medical oncologist specializing in gynecologic cancers at Memorial Sloan Kettering Cancer Center, reviewed the data at the request of OncLive. She said the small patient population means it is difficult to draw meaningful conclusions from this study, but added that the disease control rate and duration of response were promising.

“What we’re learning from other studies is that it is important to figure out the patient population that is most likely to benefit, and you can get meaningful results in a small study if you have the appropriate population,” O’Cearbhaill said.

“Endometrial cancer is the most common (gynecologic) malignancy that we see in the United States. Most commonly, patients have hysterectomy and do very well. The challenge is in patients who recur. It’s in that population that treatment options are very limited, although there is a huge increase in exploration of different therapies and now is actually a really exciting time for treating patients with endometrial cancer. We have a whole load of new opportunities that previously weren’t available at all. Prior to this, there were very limited options for recurrent disease.”