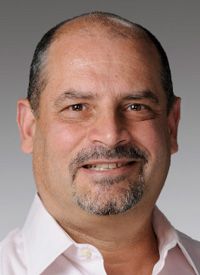 “The NELSON trial showed us that a strategy [of measuring the growth of the tumors] is viable and works, though we’re not sure if it’s better [than biopsies],” said Gould. “For a lot of patients, rather than waiting 1 year for their next follow-up test or going straight to a biopsy, getting that repeat scan in 3 months and knowing the nodule is stable has a lot of value just to provide some reassurance.”

Secondly, the NLST, which evaluated patients using routine CT screenings versus single-view posteroanterior chest radiography, had similar results to the NELSON trial. Results showed that 24.2% of cases had positive results compared with 6.9% in radiography over 3 rounds. In the low-dose CT group, lung cancer was found in 645 cases per 100,000 person-years versus 572 cases per 100,000 person-years in the radiography group (rate ratio, 1.13; 95% CI, 1.03-1.23). Overall, results demonstrated about a 20% reduction in lung cancer mortality with low-dose CT screenings. Additionally, the rate of death was reduced by 6.7% in the low-dose CT group versus the radiography group (95% CI, 1.2-13.6; P = .02).

In an interview during the 2020 OncLive® State of the Science Summit™ on Lung Cancer, Gould, director of the Division of Health Services Research and Implementation Science at Kaiser Permanente Southern California, discussed pivotal lung cancer screening trials and their impact on clinical practice.

OncLive: Could you provide an overview of the NLST and NELSON trials?

Gould: We now have evidence from 2 large randomized controlled trials, 1 in the United States and 1 in Europe, which showed that screening for lung cancer in a high-risk population with low-dose CT (LDCT) reduces mortality from lung cancer. In NLST, they found a 20% reduction in lung cancer mortality with 3 annual rounds of LDCT screening. That translates to 3 fewer deaths per thousand patients who undergo screening, making the benefits comparable with what we see in screening mammography for average-risk women who are in their 50s or 60s.

The second trial, reported within the last couple of weeks, was a European trial that was a little bit smaller than the NLST. It showed essentially the same results, and the main results of that paper were reported for high-risk current and former male smokers. The population was a little bit different than what they defined it in the NLST, but the findings were essentially the same. The reduction in lung cancer mortality was 24%, very similar to the 20% that was seen in the NLST.

Furthermore, in NELSON, in a smaller group of female participants, they found that the mortality reduction was even greater with a 33% reduction in women. There's emerging evidence now showing that high-risk women who are either current or former smokers may benefit most from lung cancer screening.

How have the findings of the NELSON trial impacted the lung cancer field?

One of the innovative things that NELSON did was use nodule volume and volume-doubling time, which was a computer that accurately measured the size of the tumor. Anyone who had a nodule of a certain size was brought back 3 months later for a follow-up scan and, if the nodule was still present, it was measured using this volume technique as well. There was a very accurate comparison between the size of the nodule on the baseline screening test and the size of the nodule on the follow-up tests. The cancers are going to grow and the [growths that are benign will not grow]. In most cases, the [benign masses] are scar tissue and they don't grow.

What are some challenges with lung cancer screening?

A potential downside of screening is overdiagnosis. It's thought to be quite common in prostate cancer screening and arguably also common when we screen patients with mammography. Anytime we use sophisticated technology to try to identify small cancers or cancer at an early stage, sometimes we pick up things that may look like cancer under the microscope. Often, the masses that look like cancer are slow growing, or the patient is so old or has so many other healthcare problems that the tumor will never manifest or cause symptoms in the absence of screening. Those are called overdiagnosed cancers. In lung cancer, the percentage of screening-detected cancers that are overdiagnosed is controversial. Most screening-identified cancers are likely potentially harmful and there's no way to distinguish them, at least right now. We need to treat all of these patients as if they all have real cancers.