The diagnosis and management of smoldering multiple myeloma is an area of tremendous focused research and change over the past decade, with trials yielding intriguing findings that have the potential to change practice. 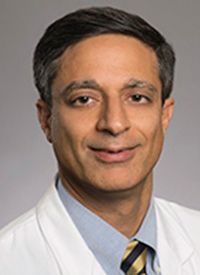 The diagnosis and management of smoldering multiple myeloma (SMM) is an area of tremendous focused research and change over the past decade, with trials yielding intriguing findings that have the potential to change practice.

Prior to this breakthrough research, studies in this area were limited by 2 major issues: limited methods for risk stratifying this very heterogeneous group of patients defined as SMM, and treatment that was mostly dependent upon the use of alkylator and steroid-based approaches. A trial using thalidomide in an unselected group of SMM patients demonstrated that while there were responses, those who responded actually had a shorter time to develop multiple myeloma than those who did not respond, resulting in an abandonment on this treatment approach.

This all changed dramatically in 2013 when the Spanish Myeloma Group presented and published their landmark trial evaluating the use of lenalidomide (Revlimid) plus dexamethasone versus observation in a large randomized clinical trial among a group of patients with high-risk SMM using a new approach to risk stratification. This trial demonstrated significant improvement in time to developing myeloma and overall survival (OS) favoring the use of early therapy, and with longer follow up, there was no impact of PFS2 or subsequent OS suggesting that early therapy did not induce resistant clones or drug resistance that impacted long-term outcomes for early therapy. However, this was not widely adopted as a standard approach based on older imaging techniques that called into question whether some of these patients had SMM or MM, as well as other challenges in definition of who was high risk, limiting the extrapolation of this data to general practice.

Over the intervening 7 years, many groups embarked on different approaches to early intervention in SMM, ranging from low-intensity therapy with single agents or doublets, all the way to full myeloma-like therapy with triplet induction, transplant, and triplet consolidation. Each of these trials has demonstrated varying levels of efficacy, minimum residual disease (MRD) negativity, and overall response rate, but has been limited by short follow-up and not using a uniform method for assessment of who fits in the high-risk category.

At the same time, many groups were working on revised risk-assessment methods, and in 2018, the group from Mayo published their 20/20/20 (known more commonly as 20/2/20: 20% plasma cells, m spike of >2.0,and freelight ratio of >20) criteria which is very easy to use from a routine testing aspect and is very effective at risk stratification for patients seen in routine practice. This has now become a more standard methodology that is currently being used for trials.

Recently, the E3A06 trial randomized clinical trial was published in the Journal of Clinical Oncology.1 The study, which is the largest randomized trial in the setting of SMM, randomized patients to either lenalidomide or observation. No dexamethasone was used as part of this trial to try and isolate the effect of lenalidomide, and more importantly, all patients underwent screening spine and pelvic MRI before study entry to reduce the risk of patients with multiple myeloma being enrolled, as was the concern for the Spanish trial above.

The results of E3A06 demonstrated significant improvement in time to develop myeloma for the group randomized to lenalidomide with an effect size of similar magnitude as seen with the Spanish trial, and with 36-month follow-up, no difference in OS at this time.

A subset analysis using the highest-risk group of the Mayo 2018 criteria showed a 90% reduction in the risk of progression at 3 years for the group who received early lenalidomide, leading the authors to conclude that for the highest risk group, early therapy should be considered using lenalidomide or lenalidomide/dexamethasone for patients who are not enrolling on a clinical trial.

At the same time, data from the next Spanish trial, GEM-CESAR,2 were presented using the more intensive approach of induction with lenalidomide plus carfilzomib (Kyprolis) and dexamethasone (KRd), transplant, and KRd consolidation followed by lenalidomide maintenance. This trial demonstrated high frequency of MRD negativity that increased over time, but at 3 years, the progression-free survival was similar to what was demonstrated in E3A06, at 92% with intensive therapy versus 91% with lenalidomide alone.

Currently, there is wide variation in approach to SMM, as well as debate regarding the impact of the 2 large randomized trials in terms of clinical practice. The 2 approaches, prevention versus curative intent, are both reasonable and are being investigated in the context of clinical trials, but only the prevention approach currently has randomized phase II data supporting its use. Based on this level of evidence, it is critically important that patients undergo modern imaging in addition to simple risk stratification to provide to them the risk of progression based on their current data. For patients who fit into the highest risk category, enrollment in clinical trials is critical to help answer these questions, but in the absence of a clinical trial, it is now reasonable to consider limited duration therapy with lenalidomide with or without dexamethasone based on data from 2 large randomized trials.

<<< View more from the 2020 International Congress on Hematologic Malignancies