Results from a pair of phase II studies indicate that adding the immunomodulatory agent pomalidomide (Pomalyst) to multiple myeloma regimens improved outcomes for patients who have stopped responding to earlier treatments.

Martha Q. Lacy, MD, of the Mayo Clinic, presented results involving 50 patients who had previously been treated with one to four therapies (median 3) and were not responding to lenalidomide. The median age of the participants was 66 years, and 51% were female. The median time from diagnosis to the time of the study was 46 months, and 68% had received a stem cell transplant.

Dosing was as follows: In phase I, nine patients received 4 mg of pomalidomide on days 1-21, weekly bortezomib at 1 mg/m2, and 40 mg-dexamethasone weekly. For six patients, dosing of bortezomib was increased to 1.3 mg/m2, and this dose level was adopted for the larger group of patients in phase II.

At 9 months, 72% of the patients were progression-free, 96% were alive, and 66% remain on treatment. Common adverse events (AEs) were anemia, fatigue, leukopenia, and thrombocytopenia, with the majority grade 1-2 severity. AEs grade 3 and higher included neutropenia, leukopenia, lung infection, lymphopenia, dyspnea, and syncope. Pulmonary embolism occurred in one patient. Among the 42 patients who could be evaluated, confirmed responses were seen in 34, including nine of 11 high-risk patients. Median progression-free survival (PFS) was 17.7 months.

Previously reported results indicated that pomalidomide with dexamethasone resulted in an overall response rate (ORR) of 33% and median PFS of 4.2 months in patients who have previously been treated with bortezomib and lenalidomide. This phase II trial involving 70 randomly assigned patients compared one arm of patients receiving the pomalidomide-dexamethasone combination (median age 63) with a second arm also receiving cyclophosphamide (median age 64).

Dosing of dexamethasone was adjusted by age, and patients not receiving cyclophosphamide were allowed to cross over to join that arm if their disease progressed.

After a median follow-up of 15 months, ORR (partial response or better) for the arm receiving pomalidomide and dexamethasone was 39%, while it was 65% for the arm also receiving cyclophosphamide. Clinical benefit (minimal response or better) was 64% to 79%. Median PFS was 4.4 months compared with 9.2 months, respectively. Grade 3/4 AEs were more frequent in patients receiving cyclophosphamide, although the authors reported these were not statistically significant.

While the study ended in March 2014, the authors reported that as of July 2014, 28 of the original 70 patients had died, including 16 who did not start out in the arm receiving cyclophosphamide and 12 who did. During the study, 13 patients crossed into the second arm. 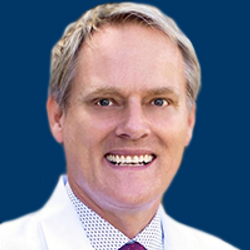 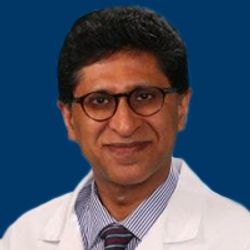