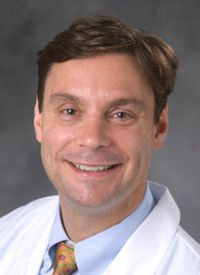 The addition of PARP inhibitors to standard androgen receptor (AR) pathway inhibition has been a major advance in the treatment of patients with metastatic castration-resistant prostate cancer (mCRPC), according to Daniel J. George, MD. He added that understanding the phenotype of prostate cancer and the integration of real-world analyses into clinical practice has been and will continue to inform optimal diagnosis and treatment strategies.

“Prostate cancer is a changing landscape. What’s changing is our recognition that it’s not a monolithic disease. Prostate cancer is a set of different subsets of cancer and disease which has been defined by the genetic makeup of these cancers and the active mutations that are associated with [the disease],” George said.

In an interview with OncLive®, George discussed the clinical implications use of key trials in mCRPC. George is a professor of medicine and a professor in surgery at Duke Cancer Institute in Durham, North Carolina.

OncLive®: What is the rationale for evaluating the phenotype of prostate cancer? What are the clinical benefits of this approach?

George: Some of the [heterogeneity of prostate cancer] may be defined by the phenotype, patterns of disease, and the molecular uptake on PET imaging. This can help to understand which tumors are responsive to therapies, either alone or in combination, and why.

When we think about phenotype, we’re talking about how the cancer looks. That can be the look under a microscope of different molecular markers, or it could be the look on a PET scan of a molecular marker such as FDG uptake or PSMA uptake. That molecular uptake, whether microscopic or macroscopic on a whole-body level, is helpful at understanding several things.

One understanding is the volume of cancer that we’re dealing with, in terms of the amount of cancer we see at different sites of metastases. Second is the pattern of cancer that we see, particularly [with] PSMA-PET imaging, which is very sensitive at picking up small amounts of cancer metastases. Third is the potential predictive value of those images and being able to determine who might best respond to targeted therapy [with] PSMA.

What did you discover about survival and radium-223 dichloride (Xofigo) treatment in the real-world, phase 2 EPIC study (NCT03304418)?

This was an important study for us. The ALSYMPCA study [NCT00699751] was done over a decade ago and was completed in a largely European patient population before the advent and widespread use of novel AR pathway inhibitors. The real-world assessment gave us a much broader sense of how this agent might be used in practice and how it might be benefiting patients in practice. It’s not a randomized, controlled trial, therefore we can’t speak directly to efficacy. However, we did learn several things.

We learned that patients with better performance status and patients with fewer prior systemic therapies were more likely to tolerate all 6 cycles of therapy. Patients who received all 6 cycles of therapy went on to have a longer survival than those who didn’t. This tells us that the drug may be better tolerated in those earlier disease settings, and it is likely to have better clinical efficacy because of that ability to get all 6 cycles and potentially other treatments after radium-223.

We learned a lot from this trial, and it helps us understand that in patients with mCRPC who have early indications of a bone-dominant phenotype, using radium-223 is both safe and well tolerated and can lead to prolonged survival.

What has been seen so far with niraparib (Zejula) in homologous recombination–deficient (HRD) mCRPC?

Niraparib has been studied now in a couple of studies. The first was the phase 2 Galahad study [NCT02854436], which enrolled a group of patients with documented biallelic loss of HRD, particularly in BRCA and ATM. We were able to demonstrate a high clinical response rate using niraparib, which is a PARP inhibitor in that setting. The objective response rate for patients who had measurable disease was 40% or more, and we saw a duration of response that was longer than 6 months. That’s a very active drug.

More recently, niraparib was studied in first-line mCRPC. These patients had not received any other therapy for mCRPC other than therapies they may have received in a hormone-sensitive setting, such as AR pathway inhibitors or chemotherapy. Patients were randomized to receive either abiraterone acetate [Zytiga] or abiraterone plus niraparib.

Investigators looked at patients who had documented HRD and patients who did not. Patients who did not have HRD underwent a futility analysis for the comparison of the combination vs abiraterone. After a limited number of patients, there was no difference in PSA and time to progression, so investigators stopped that analysis. However, the patients who had HRD experienced a significant improvement in the time to radiographic progression, an almost 2-fold improvement. It is encouraging that this subset of patients benefit from the combination of a PARP inhibitor and an AR pathway inhibitor, like abiraterone.

How significant are the findings from the phase 3 PROpel study (NCT03732820) for treating patients with mCRPC?

The PROpel study was interesting and came out the same time as the phase 3 MAGNITUDE study [NCT03748641]. The PROpel study demonstrated a slightly different effect than the MAGNITUDE study. In the PROpel study, investigators did not prespecify HRD testing and enrolled all patients with mCRPC. Investigators also didn’t allow any patients to have an AR pathway inhibitor in less than 12 months prior to starting on the study, and if patients had prior exposure, they had to be off of it for at least a year.

All patients started on abiraterone at the time of the study initiation, as there was no lead in period for HRD testing. There were several differences between the MAGNITUDE and PROpel studies in terms of design and results. In PROpel, we saw not only a benefit in the patients who ended up retrospectively to have HRD defects like BRCA1 and BRCA2, but investigators saw in the entire intention-to-treat [ITT] population that there was a significant difference in radiographic progression-free survival [rPFS], with about a 50% improvement in the median rPFS for the combination of olaparib [Lynparza] and abiraterone over abiraterone alone. There was also a trend toward improved OS. Although that is still premature, it is showing about a 20% improvement in OS with this combination over abiraterone in the ITT population.

What’s exciting about these results is that they really corroborate the earlier phase 2 Study 8 findings [NCT01972217] that demonstrated a similar robust rPFS benefit in all-comers for the combination over single-agent abiraterone.

Moreover, there is a press release that the TALAPRO-2 trial [NCT03395197], which is evaluating talazoparib [Talzenna] plus enzalutamide [Xtandi] vs enzalutamide monotherapy in patients with mCRPC, showed an rPFS benefit in all-comers as well as in HRD-selected patients. This suggests that these agents can be used in combination to improve the PFS of abiraterone or enzalutamide in mCRPC, at least in rPFS and maybe OS.