Jerald Radich, MD, highlights the role minimal residual disease in acute myeloid leukemia, how different technological advanced have increased the application of MRD-based strategies, and ongoing efforts that are being made to address remaining questions. 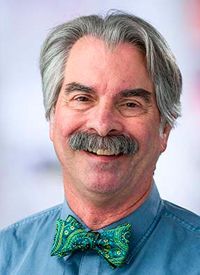 Minimal residual disease (MRD) assessment has become an important indicator for potential relapse in patients with acute myeloid leukemia (AML), but the question of whether it can be utilized as a potential surrogate end point in clinical trials remains open, according Jerald Radich, MD.

“Eventually what pharmaceutical companies and clinical investigators would like is for [MRD] to be a powerful enough predictor of relapse so that it can be used as a surrogate [end point] in a clinical trial,” Radich said. “To do that really well, we're going to have to understand why false positives and negatives take place and pull the curves apart so that the predictive value of each is going to be clearer.”

In an interview with OncLive® during the Institutional Perspectives in Cancer webinar on Hematologic Malignancies, Radich, an associate professor of Medical Oncology at the University of Washington School of Medicine, and member of the Clinical Research Division at the Fred Hutchinson Cancer Research Center, highlighted the role MRD in AML, how different technological advanced have increased the application of MRD-based strategies, and ongoing efforts that are being made to address remaining questions.

OncLive®: What is known about the association of MRD positivity and survival outcomes in patients with AML?

Radich: Over the years, a fair amount of data in both non-transplant and transplant studies have shown that patients with MRD [positivity] are at much higher risk of relapse, roughly about 2- to 3-fold compared with those who are negative.

A large [assessment] was just performed on about 10,000 patients and [it involved] scores of studies [which showed] that MRD [positivity] was consistently associated with relapse [and worse] overall survival, whether you’re talking about pediatric or adult patients or whether you're defining MRD by flow cytometry or genetic testing. Basically, it doesn’t matter how you cut it, it’s pretty much always bad.

You mentioned that some patients with MRD negativity will still relapse. Can you expand on that?

There are two possibilities there. One is that there are some patients who have a certain type of mutation pattern who are always going to relapse [irrespective of if they have MRD negativity]. The other possibility, which is more likely, is that we just need a more sensitive test. Flow cytometry is hard to standardize across labs, but it can detect 1 leukemia cell among 1000 normal cells. What we're going to try to do is use different technologies to home in on the genotype, rather than the phenotype, and try to find more sensitive methods.

A couple [of strategies that are] out there [already]. One such strategy is duplex sequencing, which can get a sensitivity of about 1 in 1 million. [Another is] digital droplet polymerase chain reaction, which is much cheaper than sequencing. [With this approach,] we look at the mutations at diagnosis by some kind of next-generation sequencing and based on what those mutations are, have several off-the-shelf tests [that can be used for] specific mutations [and this] we can do cheaply.

Now, at some point, you'll probably reach a sensitivity that is too sensitive. Because when [a patient is] MRD negative, [they will] still probably have about a million leukemia cells around, and there's probably some level of disease that can remain that [they] can coexist with. It may well be that if you get too sensitive, everyone will be positive, and then your odds ratio of relapse goes back to 1 because everyone is positive. As such, one of the crucial things we have to really understand is the meaning of different mutations [with regard to relapse] and the cutoff of positivity may have different implications for different mutations. A lot of work [still needs] to be done.

Have any data read out on these strategies?

We are finishing up a SWOG study now where we took 70 patients and collected their diagnostic sample and their remission sample and we know their outcomes. We just finished duplex sequencing on those [samples], and next month we're going to sit down and do the analysis of how they compare quantity wise and see what information one gives us that the other does not. Once that happens, several other studies are in the pipeline to test this is technology head-to-head with other technologies.

How does clonal distribution and diversity in AML relate to the question of why all patients with MRD positivity do not relapse?

It looks like about half of cases have fairly homogeneous clonal populations and the other half have very clonally-wide family trees. Not too many patients have been studied systematically with therapies. Our assumption is that we'll see clonal selection take place; some clones will survive while some will not. What you would hope, is that when multiple clones are in an ecosystem, if it's like the rest of nature, some will compete against each other while others will cooperate with each other.

You can imagine a day where if you knew that, basic therapy could [be used to] eliminate bad clones, keep good clones that would take up space, and perhaps inhibit the bad clones from coming back. To that regard, you would have to leverage nature and natural selection to be on the side of good and not evil. Some techniques can be used [to address] the question [of why some of] the patients who are [MRD] positive do not relapse.

Clonal hematopoiesis of indeterminate potential [CHIP] mutations [occur] in [patients with and without cancer]. We don't know whether the presence of those CHIP mutations in [a patient with] leukemia is the same as it would be in someone who does not have leukemia. There may be cases where those clones are left over after chemotherapy, and you pick them up, [but] they're never going do anything bad. However, we also know many of these leukemias are really stem-cell diseases, and you can find the molecular marker in lymphoid cells rather than myeloid cells. As such, it could be that these patients who are [MRD] positive have lymphoid cells [that] are tracking positive [but] they're never going to contribute to the relapse. Some of this new technology [that is available] will allow you to not only look at single cells for their DNA mutation, but also allow you to also mark what kind of cell they are.

Considering what is currently known about the role of MRD in AML, do you believe there is enough evidence to support its use as a surrogate end point in this disease?

In the context of something like a phase 2 trial, as an early marker of efficacy, I think it’s reasonable. However, I think the FDA isn’t going to buy this yet. We have a couple of initiatives with the National Cancer Institute examining MRD and AML, where we’re going to be developing new techniques and comparing them head-to-head. We’re trying to get the FDA involved in those efforts early on so that they can educate us on the kind of evidence they would need and the kind of trials they would want us to design.

What are the most pressing remaining questions with MRD that still need to be addressed?

We need head-to-head comparisons of all these different technologies [that are available]. Is one better than another? That has to be done in the context of not just [determining which is] technically better as far as sensitivity goes, but whether it actually predicts what we want better than what's out there.

Then, we have clinical questions. Does doing anything about MRD really matter? If someone can't become MRD negative, does treating them with further agents to get them negative actually change their outcome, or is that just cosmetic? I would suspect that someone who goes into an MRD-negative state with therapy is different than someone who doesn't get there, and you do something to them, and then you get them there. It may just be a biomarker.

The other [question] is, how will we use this? Right now, we use it in clinical trials as pinging some threshold and saying, are you MRD positive or negative? However, probably a much more efficient way, as far as sample size, is actually just comparing the kinetics of MRD between 2 groups. If you have drug A and drug B, [rather than focusing on] how many get to MRD negative status, [maybe we] actually examine the slope of the curves and use that as the end point of the trial.

Then [we have questions] related to biology. Why do some people get better responses? Why do some become MRD negative while others are positive? That's something you may be able to figure out before you even treat them. Then [we also have] single-cell [questions. Can we get to a point where we are] able to get to a point where we can say, you're MRD positive and be able to describe exactly which clones are there? If you believe the data [that have been reported] in some of the myeloproliferative neoplasms, it’s not only the mutations [a patient] has, but the order of acquisition of them. As such, a patient who has mutation A and then gets mutation B is different than a patient who has mutation B and then gets mutation A. [We need to understand] how those mutations interact and then get into the weeds about biology.

What are some of the efforts being made to address these challenges?

Two big efforts are going on [right now]. One is MyeloMATCH, which is going to be where we do the genotyping of someone when they walk in the door and then they go onto the trial based on the mutations they have [so they can receive a] drug that targets that mutation. There will be a series of different bins, and depending on the mutations they have, they’ll go to a specific protocol. If they don't have a mutation, then they would go to a non-mutation protocol.

The other effort is being done with the National Institutes of Health, that has various tiers. On tier [is focused] on just developing agents so that we have a library. If you have a new technique, you can test it on the library that I use. We can always do a conservative head-to-head [comparison] there. Then, we'll also have retrospective samples, where we will have known outcomes, and known technology, like flow cytometry, so we can start our head-to-head testing. Then, whatever passes levels 1 and 2 will be funneled into prospective trials.