Putting the Extremely Rare Cardiac Angiosarcoma in the Spotlight

Cardiac angiosarcoma is an exceptionally rare cancer that has become national news because of the recent death of acclaimed fashion designer, Virgil Abloh. He was 41 years old when he died in November 2021, following a 2-year battle with the disease, which is an aggressive subtype of soft-tissue sarcoma. 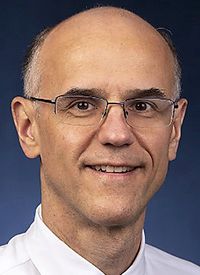 Cardiac angiosarcoma is an exceptionally rare cancer that has become national news because of the recent death of acclaimed fashion designer, Virgil Abloh. He was 41 years old when he died in November 2021, following a 2-year battle with the disease, which is an aggressive subtype of soft-tissue sarcoma.

Angiosarcomas develop in vascular endothelial cells and can grow along preexisting vascular channels. They can also form poorly organized vessels, solid masses, or nodules. An estimated 90% of cardiac angiosarcomas appear as a multicentric mass in the right atrium of the heart.1,2

Angiosarcomas make up 1% to 2% of all sarcomas, which account for 1% to 2% of all cancers. According to the National Institutes of Health, the autopsy incidence for cardiac angiosarcoma is 0.0001% to 0.030%, or roughly 1 in every 500 cardiovascular surgical cases.2

“In general, there are somewhere between 16,000 to 20,000 sarcomas diagnosed in the United States every year,” said Christian Fredrick Meyer, MD, PhD, MS, lead medical oncologist for adult patients with sarcoma and an assistant professor of oncology with Johns Hopkins University. “Of that number, there are roughly 700 angiosarcomas diagnosed every year. Of those 700 angiosarcomas, the cardiac angiosarcomas probably don't make up more than 40 or 50 cases a year.”

Metastasis, particularly in the brain, and local recurrence and metastasis are commonly associated with cardiac angiosarcoma. Prognosis is poor, with a mean survival of 3 months to 4 years.1

“The difficulty with angiosarcomas, as with other cancers, is that they can hide relatively well and do not necessarily produce symptoms until they're advanced in terms of their size, and sometimes their spread,” Meyer said. “Because of that, the average survival for somebody with a cardio angiosarcoma is typically not longer than a year.”

Meyer said the most common complaint associated with cardiac angiosarcoma is shortness of breath, a symptom associated with many diseases. The treating physician must be careful to rule out more common conditions, and a CT scan does not always detect masses near the heart. Electrocardiogram is a more effective tool for spotting cardiac angiosarcoma.

“If a mass is picked up that way, a much more specialized test is then done, called a cardiac MRI, to look specifically at the heart structure and function and get a better idea of what the mass is,” Meyer said. “Now, finding the mass is one thing. To actually diagnose it, we typically like to biopsy the masses, although this can prove challenging in people who have masses in the heart. If we do see a mass in the heart, we do try our best to biopsy it to make sure we have the right diagnosis, because there can be other reasons for masses in the heart that aren’t cardiac angiosarcoma.”

The disease can obstruct blood flowing in and out of the heart, which can cause chest pain, hypotension, tachycardia, and syncope.3 In some cases, very small pieces of the sarcoma can break off and travel into the lungs, leading to pulmonary thromboembolism.1

There is no “straightforward” standard of care for cardiac angiosarcoma, Meyer said, and little dedicated research exists because the patient population is so small. The available treatments are mostly borrowed from other sarcomas.

“We put everything at our disposal on the table to look at how best to treat it,” Meyer said. “We talk about surgery, we talk about radiation, we talk about chemotherapy, and we talk about any other specialized therapies. If it's possible to consider a surgery, then that needs to be part of any treatment plan because if we can remove the sarcoma that gives us our best shot at either prolonging life or potentially reaching a curative outcome.”

Most patients receive adjuvant or neoadjuvant chemotherapy. Furthermore, cardiac angiosarcoma frequently metastasizes and chemotherapy helps even when physicians can’t detect the spread of disease. Typically, chemotherapy regimens include paclitaxel, doxorubicin plus ifosfamide, and gemcitabine plus docetaxel.

“Surgery certainly plays a foundational role, if it's possible,” Meyer said. “Chemotherapy, I believe, has a strong role in the treatment of cardiac angiosarcoma and radiation is often considered if a surgery is done and there is disease left behind on the edges, so-called positive margins. Or, radiation can be considered if surgery is impossible and it's important to try to control the mass. The difficulty with radiation is that it can also damage the heart, so it has to be done certainly very carefully.”

Investigators have hypothesized that biologic agents such as bevacizumab (Avastin) and sorafenib (Nexavar) may have a role to play in treating patients with cardiac angiosarcomas. Meyer noted that pazopanib (Votrient), which has been approved for use in advanced soft tissue sarcomas since 2012, is a potential option.

The multi-targeted tyrosine kinase inhibitor was evaluated in 81 adults and children with a range of soft tissue sarcomas including angiosarcoma, adult fibrosarcoma, mesenchymal chondrosarcoma, and leiomyosarcoma in a phase 2 trial (NCT02180867). Findings published in 2020 showed that pazopanib plus chemotherapy induced a 90% or greater response in 58.3% (n = 14/24) of patients compared with 22.4% (n = 4/18) of those assigned to chemotherapy alone.4

“A slight drawback of that medication is that it is more of a cancer stabilizer than a shrinker,” Meyer added. “When you use that medication, in many instances, you might get the tumor to stop growing but sometimes it’s hard to get it to shrink. Those types of therapies are well intentioned because often they try to attack blood vessel formation and blood vessel growth in general and in tumors, and therefore, have some utilization for angiosarcomas.”

Immune therapy has remade cancer treatment over the past decade and investigators have started exploring checkpoint inhibitors in sarcomas. Juneko E. Grilley-Olson, MD, an associate professor of medicine at the University of North Carolina­–Chapel Hill, is leading a 3-arm, phase 2 trial (NCT04339738) evaluating paclitaxel plus nivolumab (Opdivo) vs cabozantinib (Cabometyx)-S-malate plus nivolumab vs paclitaxel alone. The study is currently recruiting up to 90 patients with taxane-naïve angiosarcoma, with an expected primary completion date of September 2023.

“We do have some data showing that angiosarcomas, specifically of the head and neck area, seem to potentially be responsive to immune therapy. However, we are not really sure if the same thing holds in other areas of the body,” Meyer said. “That will be important to find out and certainly may open another avenue for therapy for this disease.”

“Additionally, other research is being done looking at various changes in the DNA of many cancers, including angiosarcoma, to potentially try to find vulnerabilities. There have not been any home runs yet, but that work is ongoing and will hopefully yield some fruitful results to help these people.”