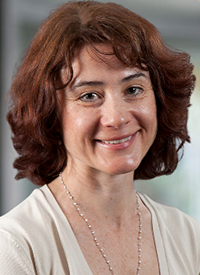 Tumor microenvironment of metastasis (TMEM) doorway density—a biomarker of distant metastatic recurrence—is higher in Black women vs White women with estrogen receptor (ER)–positive/HER2-negative breast cancer who have residual disease after neoadjuvant chemotherapy, according to data from a retrospective study presented at the 2022 San Antonio Breast Cancer Symposium.1 This disparity may explain worse outcomes in the former group.

In the multi-institutional study done in patients with unilateral, invasive breast cancer who received neoadjuvant chemotherapy, tumors from Black patients were found to have more macrophages and a higher TMEM score in the entire study cohort (P =.004; P =.001 respectively) and in the subset with ER-positive/HER2-negative disease (P = 0.008; P = 0.008 respectively).

This disparity in TMEM score and macrophage density did not exist in the subset of patients with triple-negative breast cancer (TNBC), said senior investigator Maja H. Oktay, MD, PhD, professor and co-leader of the Tumor Microenvironment and Metastasis Program at Montefiore Einstein Cancer Center, Bronx, NY, in a press briefing presentation of the data.

Furthermore, a high TMEM score was associated with worse distant recurrence-free survival (DRFS) in all patients (P = .004) and in the ER-positive/HER2-negative subset (P = .03), but not the TNBC subset.

Cancer cells disseminate from primary to distant sites through TMEM doorways, explained Oktay, who is also a professor of pathology at Albert Einstein College of Medicine, Bronx, NY. The TMEM doorway in primary breast tumors consists of an invasive tumor cell partially inserted into a blood vessel wall that is bound to an endothelial cell and a macrophage, all 3 of which are in direct and stable contact.

“With these 3 cells in close physical contact, there's a special micropharmacology that induces dissociation of endothelial cell junctions,” Oktay said. “These cells pull apart and they create an opening through which content of the blood vessel can leak out and other cancer cells in the microenvironment can move in.”

Previously, density of TMEM doorways was shown to be a prognostic marker of metastasis in patients with ER-positive/HER2-negative breast cancer treated with adjuvant chemotherapy.2-4

For this study, excised tissue from patients were fixed in formalin embedded in paraffin, and were stained to visualize tumor cells, endothelial cells, and macrophages. Automated image analysis was used to derive a TMEM score.

The study cohort consisted of 96 patients who self-identified as Black and 87 patients who identified as White. Investigators analyzed the relationshipbetween TMEM score, macrophage density, and DRFS, defined as the time from surgery to first distant recurrence.

Almost half (49%) of Black patients experienced distant recurrence compared with 34.5% of White patients. Moreover, Black women were more likely to receive mastectomy than White women (69.8 vs. 54%, respectively), and were more likely to have higher-grade tumors.

When adjusting for race, age, surgery type, tumor size, lymph node status, tumor grade, and tumor subtype, the risk of distant recurrence approximately doubled in patients with high TMEM score compared with those with intermediate/low TMEM score in the entire cohort (HR, 2.01; 95% CI, 1.17-3.44; P = .01). A similar trend was observed in the ER-positive/HER2-negative subgroup, although this was not found to be statistically significant (HR, 2.33; 95% CI, 0.96-5.67; P =.06). No association was found between high TMEM score and increased risk of distant recurrence in those with TNBC.

TMEM density holds promise as a prognostic marker of DRFS and a predictive marker of response to potential TMEM doorway inhibitors. Two candidates that block the TMEM doorway are rebastinib (DCC-2036), a selective inhibitor of Tie2 macrophage recruitment and function, and a CSF-1 receptor blocker, which inhibits recruitment of tumor-infiltrating myeloid cells that suppress tumor immunity.

Study authors noted that TMEM doorway density was not evaluated in the tumors before neoadjuvant chemotherapy, which they considered to be a limitation of the research.