Existing racial and socioeconomic disparities among patients with T-cell non-Hodgkin lymphoma continue to lead to obstacles with access for newly available treatment options. 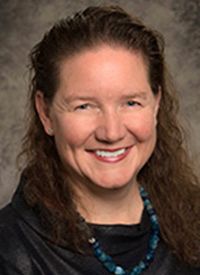 Existing racial and socioeconomic disparities among patients with T-cell non-Hodgkin lymphoma continue to lead to obstacles with access for newly available treatment options, explained Mary Jo Lechowicz, MD, in a presentation during the Society of Hematology Oncology (SOHO) 2021 Annual Meeting.

Lechowicz, the Margaret Rollin Chair of oncology, hematology, and medical oncology at Emory University Winship Cancer Institute, presented an analysis of Surveillance, Epidemiology, and End Results (SEER) public data from 1973 to 2011, among other data, that looked at the current state of disparities in both adults and children in this patient population.

By looking at these data Lechowicz and her fellow researchers were able to identify current trends and areas of socioeconomic inequities that need to be addressed by the broader healthcare landscape. One of the main disparities among both adults and children with T-cell lymphoma was that ethnic and racial minorities had a worse median overall survival (OS) compared with other patients.

“African American patients have the worst median overall survival compared with Caucasian or White patients,” she explained in the presentation. “Why we keep doing what we’re doing is the fact that, unfortunately, [researchers] did not find…significant improvement in survival in T cell lymphoma patients.”

“Knowing that ethnic and racial minorities had worse median overall survival for both T- and B-cell lymphomas, [the conclusion is] that (researchers) thought we needed not only more biologic studies, but better utilization of triage for healthcare resources and more participants (in clinical trials), particularly in underrepresented minority patients,” said Lechowicz.

“When people [discuss] disparities, [they] often talk about the fact that it is not based on race alone,” Lechowicz noted. “We want people to have a better understanding when they’re thinking about this kind of work and addressing social determinants of health in order to be able to advance cancer health equity in the United States.”

Social determinants of health continued to have an effect, with racial disparity patterns emerging in SEER data of patients over 15-years-old with peripheral T-cell lymphoma diagnosed between 2000 and 2012.3 In all types of peripheral T-cell lymphoma non-Hispanic Whites still had the highest OS probability (P < .001), but in patients with adult t-cell leukemia/lymphoma OS probability was lowest in Black patients (P < .001).

Current solutions to closing the disparity gap include expanding Medicaid coverage for patients and looking at the wider inequities that are tied to the racial disparities seen in these analysis. In cancer overall, studies have shown the benefit of patients who were able to quickly enroll on Medicaid before embarking on their treatment. What was more beneficial for patients was that they were enrolled on Medicaid before the diagnosis.

According to an analysis of SEER data most of the patients who enrolled after diagnosis were more likely to be an ethnic minority and late-stage diagnosis was common among this group.5 Mortality was highest in those who enrolled after their diagnosis, giving researchers further evidence that Medicaid and insurance prior to these diagnosis offers significant benefit to avoiding late-stage disease and mortality. Lechowicz also highlighted ongoing studies to evaluate more recent data and to discuss the limitations of healthcare workers addressing a problem that requires structural and economic changes in many patients’ lives.

“In our prostate, as well as our breast cancer groups, [one solution they have found is] going out to communities with people that look like the patients themselves,” Lechowicz noted when addressing solutions that cancer centers can undertake to educate and enroll patients on trials. “No matter what that denomination is, I know it locally, we’ve gotten to the breast cancer groups having church elders of historically black churches come and talk about different things with regard to cancer.”