Raising the Standard Beyond Frontline R-CHOP in DLBCL 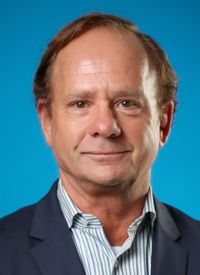 Approximately 50% of patients with DLBCL are cured with R-CHOP induction therapy. However, 20% to 30% of patients will relapse and 10% to 15% represent primary failures.1,2

Patients with double-hit lymphoma (DHL) also do poorly with R-CHOP, said Goy. Typically, these patients are recommended for allogeneic stem cell transplant. However, findings from the phase 2 ZUMA-12 trial, which were presented at the 2020 ASH Annual Meeting and Exposition, demonstrated encouraging results with the CD19-directed CAR T-cell therapy axicabtagene ciloleucel (axi-cel; Yescarta) as consolidation in patients with DHL or DLBCL with a high IPI of 3 or greater.

In the study, patients received 2 cycles of rituximab and chemotherapy, and if they were PET positive, they received axi-cel as consolidation. The objective response rate (ORR) with this approach was 85%, comprising a complete response (CR) rate of 74% (n = 20) and a partial response rate of 11% (n = 3).3

Other potential strategies for patients with DHL include the addition of venetoclax (Venclexta) to R-CHOP, particularly in patients with BCL-2 positivity or overexpression, said Goy. Such a strategy is based on a matched analysis of patients who received R-CHOP vs R-CHOP plus venetoclax in the phase 3 GOYA trial and phase 1/2 CAVALLI trial, respectively.4,5

To that end, another regimen that has been put forth as an alternative for patients with poor-risk features is that of rituximab plus lenalidomide (Revlimid; R2) and ibrutinib (Imbruvica). In the relapsed/refractory setting, the regimen led to an ORR of 44% and a CR rate of 28%.8 In the activated B-cell subtype, the ORR was 65%, and the CR rate was 41%. These findings led to a phase 2 trial (NCT02636322) in the frontline setting, which evaluated the same regimen plus chemotherapy in patients with the adverse prognostic variables of non-germinal center B-cell subtype, Ki-67 of greater than 80%, and double expression. The results demonstrated comparable outcomes with other patients, with an ORR of 86% and a CR rate of 36%.9

“This is interesting because you can potentially kill the clones that are P53 positive and then can use chemotherapy afterwards,” said Goy.

Other approaches that are under study as a way to build upon R-CHOP include combinations with targeted therapies, such as with copanlisib (Aliqopa) and selinexor (Xpovio), monoclonal antibodies, such as tafasitamab-cxic (Monjuvi), antibody drug-conjugates, such as polatuzumab vedotin-piiq (Polivy), as well as with checkpoint inhibitors and bispecific T-cell engagers, concluded Goy.