Autologous stem cell transplant had no effect on real-world time to next treatment and overall survival compared with maintenance rituximab following induction with bendamustine and rituximab or R-CHOP, for patients with mantle cell lymphoma according to findings from a retrospective study. 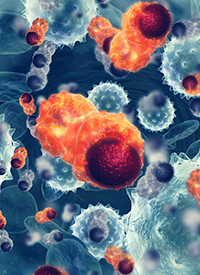 Autologous stem cell transplant (ASCT) had no effect on real-world time to next treatment (TTNT) and overall survival (OS) compared with maintenance rituximab (Rituxan) following induction with bendamustine and rituximab (Rituxan; BR) or R-CHOP, for patients with mantle cell lymphoma (MCL), according to findings from a retrospective study published in the Journal of Clinical Oncology. Maintenance rituximab prolonged both end points compared with BR alone in this population.

“In this large cohort of patients treated primarily in the US community setting, only 1 in 4 young patients received cytarabine or ASCT consolidation, suggesting the need to develop treatments that can be delivered effectively in routine clinical practice,” the study authors wrote. “Together with the validation cohort, data support future clinical trials exploring regimens without ASCT consolidation in young patients, whereas maintenance rituximab should be considered for patients after first-line BR and rituximab plus cyclophosphamide, doxorubicin, vincristine, and prednisone [R-CHOP].”

As such, investigators compiled retrospective data from the Flatiron Health electronic record-derived deidentified database of 4216 patients with MCL diagnosed from 2011 to 2021 to evaluate treatment patterns and outcomes. To be eligible for inclusion, patients had to be at least 18 years of age and have a confirmed diagnosis of MCL and at least 2 documented clinic visits (n = 3614).

The cohort of patients who received maintenance rituximab (n = 1461) included those of any age so long as they did not start second-line treatment within 8 months of starting first-line BR or 6 months of frontline R-CHOP; patients who received ASCT were excluded. The ASCT-eligible cohort (n = 962) included patients younger than 65 years who were alive and did not receive subsequent treatment within 6 months of starting frontline therapy.

Among patients in the Flatiron cohort, the median age was 69.4 years (range, 27.7-84.6); 87% of patients received treatment in a community setting. BR-treated patients were older than those treated with cytarabine-containing regimens or R-CHOP.

Additionally, patients in the validation cohort were younger than those in the Flatiron cohort, and the use of ASCT in patients under the age of 65 years was twice as common (47.0% vs 23.5%). 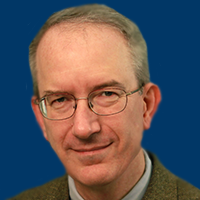