New findings may lead to novel immunotherapies against third-deadliest cancer.

Findings published today in the journal Science Translational Medicine suggest that a type of white blood cell called tumor associated macrophages that have been deceived by pancreatic cancer cells into not attacking them can be “reprogrammed” by a specially designed molecule that activates a protein found on their surfaces.

Researchers hope that this immune system boosting molecule — ADH-503 — can eventually also make the checkpoint inhibitor immunotherapies that revolutionized the treatment of many cancers available to pancreatic cancer patients. Pancreatic cancer is the third deadliest cancer in the United States, but has not responded to most current immunotherapies.

The paper "Agonism of CD11b reprograms innate immunity to sensitize pancreatic cancer to immunotherapies" was a collaboration between Washington University School of Medicine in St. Louis and Rush University Medical Center in Chicago. Co-senior authors are Vineet Gupta, PhD, Rush's vice chair for research and innovation in the Department of Internal Medicine, and David DeNardo, PhD, an associate professor of medicine and of pathology and immunology at Washington University.

The authors describe how the novel ADH-503 compound interferes with the migration and polarization of myeloid cells — a type of immune system cell that circulates through the body identifying and attacking pathogens like cancer. One type of myeloid cell called macrophages (Greek for “big eaters”) that are present in the tumors were a particular focus, as cancer cells are especially adept at disrupting the processes in which macrophages are able to control tumor growth.

In myeloid cells, including macrophages, a receptor protein called CD11b plays a central role in recruiting them to tumors and in detecting threats and signaling whether the immune system should respond. In pancreatic cancer tumors, the number of macrophages that help tumors grow far outnumber those that suppress them.

ADH-503 binds with and activates the CD11b receptor proteins on the myeloid cell surface. When the researchers orally delivered the ADH-503 compound to mice with pancreatic cancer, the number of myeloid cells in and near the tumors dropped, and the remaining myeloid cells were shown to be ones that promoted, rather than suppressed, immune responses. This environment translated into greater numbers of cancer-killing T cells in the tumor, significantly slower tumor growth and longer survival.

The researchers then investigated whether creating this same environment could make pancreatic tumors susceptible to standard immunotherapy. First, they treated a control group of mice with checkpoint inhibitor (PD-1 inhibitor) immunotherapy used to treat other kinds of cancer. There was no measurable effect. But when the therapy was combined with the ADH-503 compound, the tumors shrank and the mice survived significantly longer.

While pancreatic cancer is the third leading cause of cancer-related death in the United States, only 89 of more than 2,600 (or about 3%) cancer immunotherapies clinical trials target pancreatic cancer.

Pancreatic cancer is a highly lethal disease and we are in desperate need of new therapeutic approaches,” DeNardo said. “In animal studies, this small molecule led to very marked improvements and was even curative in some cases. We are hopeful that this approach could help pancreatic cancer patients.”

Phase 1 clinical trials are planned to start this fall. 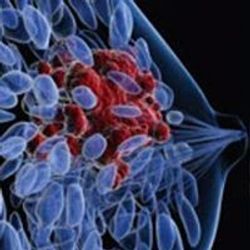 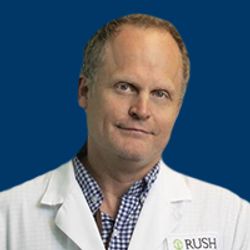 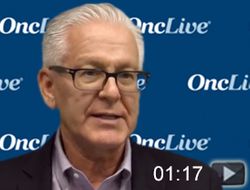 Dr. Kuzel on Immunotherapy as a Targeted Approach to Cancer