Intravenous rigosertib did not meet the primary end point of significantly improved overall survival versus physician’s choice of therapy plus best supportive care in patients with higher-risk myelodysplastic syndromes.

Intravenous (IV) rigosertib did not meet the primary end point of significantly improved overall survival (OS) versus physician’s choice of therapy plus best supportive care in patients with higher-risk myelodysplastic syndromes (HR-MDS), according to topline results from the phase 3 INSPIRE trial (NCT02562443).1

Results from the intent-to-treat analysis showed that patients who received intraveous rigosertib experienced an OS of 6.4 months versus 6.3 months in those who were given physician’s choice plus best supportive care (P = .33). Additional data from a prespecified analysis done in patients with very high risk (VHR-MDS) disease also did not show a statistically significant difference in OS between the 2 treatment arms. Moreover, an unexpected increase in OS was observed in the physician’s choice arm in the post-interim analysis. Additional analyses are being conducted.

With regard to safety, the agent was found to be generally well tolerated. The adverse effects (AEs) observed with IV rigosertib were found to be comparable with what has previously been reported with the agent in this patient population. Serious toxicities were not common, and serious AEs proved to be similar between the 2 arms.

“Onconova would like to thank the MDS community for its participation in the INSPIRE trial. We report these results with great disappointment, and we remain deeply indebted to every patient, physician, and family member involved in the study,” Steven M. Fruchtman, MD, president and chief executive office at Onconova, stated in a press release.

In the global, multicenter, randomized, controlled trial, investigators set out to examine the safety and efficacy of IV rigosertib in patients with higher-risk MDS who had progressed on, were not responsive to, or relapsed following prior treatment with a hypomethylating agent (HMA) within 9 cycles over the course of 1 year following initiation of HMA treatment.

Specifically, for the trial, investigators sought to enroll approximately 360 participants under the age of 82 years with MDS classified as either RAEB-1, RAEB-2, or RAEB-t who had previously received azacitidine or decitabine for 9 month or less and/or 9 cycles or less over 1 year and had received their last dose of azacitidine or decitabine within 6 months before screening.2

Patients were stratified by VHR-MDS versus non–VHR-MDS; geographic region; 1800 mg/24 hours of rigosertib given as a 72-hour continuous IV infusion on days 1, 2, and 3 of a 2-week treatment cycle for the first 8 cycles, and on days 1, 2, and 3 of a 4-week cycle thereafter; physician’s choice of alternative therapy, which could include any approved standard-of-care treatment that the patient has not been shown to be hypersensitive to, based on frequently used options for MDS in accordance with institutional guidelines following treatment with HMAs.

For the trial, patients received treatment until 2006 International Working Group (IWG) progression criteria were met or until intolerable toxicity or intolerance to treatment.

“While the INSPIRE data readout in HR-MDS is a disappointment, as a RAS pathway inhibitor oral rigosertib could address a number of oncology settings outside of hematology,” Richard C. Woodman, MD, chief medical officer of Onconova, stated in the press release. “We plan to take learnings from genomic analyses of the INSPIRE trial to inform the future development of rigosertib. We also look forward to the continued expansion of the investigator-initiated study program with oral rigosertib beyond the ongoing phase 1/2a study in KRAS-positive lung adenocarcinoma into additional solid tumors.”

Previous data from a phase 1/2 trial with rigosertib showed that the treatment elicited encouraging activity with a tolerable safety profile in patients with HR-MDS, acute myeloid leukemia (AML), or chronic myelomonocytic leukemia (CMML) who were naïve or relapsed/refractory to HMAs.3

Sequential administration of oral rigosertib and azacitidine resulted in an ORR of 56% in 16 evaluable patients, 78% of whom had MDS/CMML and 29% of whom had AML. Moreover, the median duration of response with the combination was 5.8 months.

In this trial, the agent was examined across 3 target dose levels under fasting conditions: 140 mg twice daily, 280 mg twice daily, and 840 mg daily where patients received 560 mg in the morning and 280 mg in the evening for 3 weeks of a 4-week cycle.

In the MDS cohort (MDS, n = 9; CMML, n = 1), patients had to have intermediate-1, intermediate-2, or high-risk disease as defined by the International Prognostic Scoring System. Those with AML (n = 8), had to have 20% to 30% bone marrow blasts and could not have received more than 1 previous line of salvage therapy; they also had to have a white blood cell count of less than or equal to 25,000 x 109/L that proved to be stable for at least 4 weeks without any intervention.

The majority of participants, or 83%, received previous treatment; 17% had received supportive care, 39% had intensive chemotherapy, 6% had immunotherapy, 44% had HMAs, 28% had azacitidine, and 17% had decitabine. More than half, or 67%, had received red blood cell transfusions and 39% had received platelet transfusions within 8 weeks of study entry.

Eighty-nine percent of patients experienced AEs that were grade 3 or higher in severity and these included pneumonia (33%), neutropenia (28%), and thrombocytopenia (22%). Serious AEs were reported in 72% of patients. Serious AEs led to treatment discontinuation in 4 patients. Seven patients died from serious AEs, although none of these deaths were determined to be related to the study regimen. 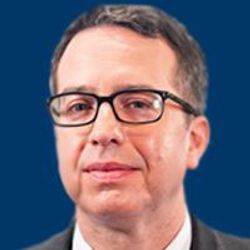 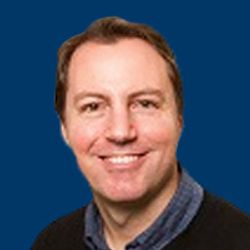 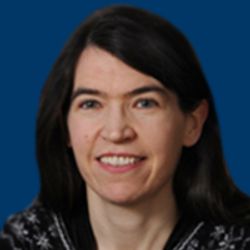 Maximizing the Management of MPNs