Risks of Bleeding and Thrombosis in Adult ITP

Transcript: Ivy Altomare, MD: Rick, I want to ask you a little bit about symptoms in patients with ITP [immune thrombocytopenic purpura]. What are the symptoms that we worry about? What are the risks in terms of bleeding or thrombosis of having this disease? And also do we have any way, any biomarker, any predictive scores to determine which patients are at greater risk?

Richard F. McDonough, MD: The thing we’re going to be most concerned with, with our patients, is bleeding. So that’s going to be the trigger that’s really going to cause the anxiety in the other treating physician or the emergency department where they’ve ended up. I always like to say that ITP patients like to come in on nights and weekends.

Richard F. McDonough, MD: To amplify the hysteria for everyone. But in looking at that, the patient may identify first a rash. They may say a bleeding or a bruising background that’s going on for them. They may come to you without much awareness of it and actually report a viral symptomatology that was going on before that. That might be some of the background. And then through the routine laboratory work with their primary physician or other, that you come up with the platelet count that’s in the single digits and everything follows forth from there.

Looking at the features that are important in that, you’re going to look at their clinical situation. What other medical conditions are they facing? Are they on antiplatelet therapy for a whole host of reasons? Are they at increased bleeding risk for other concerns and their medical conditions? And their lifestyle, and what their activity level is. If you have an athlete, you obviously have greater concerns versus someone who is very sedentary and not as involved. And then if you look at other lifestyle features such as how close they are to your clinic, can they get back and forth?

Richard F. McDonough, MD: Trying to figure out what the importance is for how their life is going to impact whether they can get to you for treatment, whether they’re going to be reliable in coming back and be able to keep that monitoring you need to go forward.

Ivy Altomare, MD: Excellent points. And so that covered bleeding. What about risk of thrombosis, do we believe that patients with ITP inherently have a higher risk of thrombosis? I know it’s a little bit controversial. And also, what do we think contributes to that risk? I’m looking at you, Terry, so I’ll start with you.

Terry B. Gernsheimer, MD: I would say we know that there’s an increased risk of thrombosis, both venous and arterial. If you look at levels in populations—and this has been done both in the United States and the British population—there is an increased risk in these patients, which does seem like it doesn’t really make much sense.

Terry B. Gernsheimer, MD: But we have to remember that ITP is an inflammatory disease. These patients have a lot of inflammation going on, and so it should not be that surprising that we see, first of all, venous thrombosis, which is associated with inflammation, and then arterial thrombosis. Some of these platelets are actually activated, and so in addition to the inflammation we may also have activated platelets that are present. I believe it’s really actually well accepted at this point that thrombosis is increased in these patients.

Ivy Altomare, MD: It doesn’t make it any easier when you have clotting and a risk of bleeding.

Terry B. Gernsheimer, MD: No, it makes it a lot harder, doesn’t it?

Ivy Altomare, MD: It does, yes.

Ralph V. Boccia, MD: And I think if I could interject also to piggyback on top of that.

Ralph V. Boccia, MD:. To your point, Terry, this is an inflammatory disease, and that probably contributes to the fatigue. Some people would say, “Well, the patient is depressed.” Well, maybe they’re not depressed because if you treat those patients and their platelet count goes up, not necessarily even to normal, their fatigue also improves. So we really do believe there’s a relationship with that, and that’s why perhaps some patients need to be treated a little differently than others because of the fatigue that they may have.

Terry B. Gernsheimer, MD: I think that’s a really good point. We actually have had patients tell us: “I know my platelet count is down. I’m feeling very tired.” So they don’t have the bleeding symptoms but they have the fatigue, and they’re almost always right.

Ralph V. Boccia, MD: In the absence of anemia.

Amit Mehta, MD: Ivy, if I can comment on the thrombosis risk part, I think that’s a great point about the inflammation potentiating the coagulation. That link of inflammation and clotting is a crucial reason why we fundamentally believe that there is this increase. And like you said, in the American studies, British studies, there was a publication in Blood Advances last November approximately from an Italian population showing essentially a 2-fold risk in the ITP population compared to the baseline population risk.

So there’s, in my opinion, a little bit of a false adage that I’ve heard from some clinicians to say, “Well, their platelet count is low, therefore their risk of clotting is less,” but actually paradoxically it’s not the case at all. I think it’s important that clinicians are aware that we have to indeed be more cognizant about symptoms of thromboembolism, arterial and venous, as Terry mentioned, because the risk is indeed higher. And this can play into clinical scenarios when a patient already has a history of clotting, atrial fibrillation, whatever it may be, that further heightens that risk and drives that clinical concern.

Terry B. Gernsheimer, MD: And to that point, actually, it’s been shown that in patients who have antiphospholipid antibody syndrome, they are at higher risk of clotting when their platelet count drops. That’s when you have to start really worrying about them.

Ivy Altomare, MD: There is an incidence of 20% to 30% of patients with ITP who will have an antiphospholipid antibody if you check for it in the absence of a prior known thrombophilia, so it’s very concurrent. And also I think that the concern is that the clot risk is higher when the platelet count is higher, and that’s not the case either, that many clots happen when the platelet count is, as you said, lower, or in the normal range.

Ivy Altomare, MD: We talked a lot about clotting and risk factors of clotting, antiphospholipid antibody presence. Age is a risk factor. Cardiovascular and prior thrombophilia syndromes are also a risk factor. What about bleeding? What about bleeding risk? We know bleeding risk correlates with the platelet count, but do we have any other clinical, and this is for really everybody, any other clinical factors or biomarkers?

Ralph V. Boccia, MD: Age. We know that in general, autoimmune thrombocytopenia or ITP is a disease of 2 age groups. There’s the younger age group, and that tends to be the patient, more often women than men, who have other associated autoimmune disorders, as you were referencing, thyroid, diabetes, other things that could be definitely pegged as being autoimmune. And then there’s the older population, the population in their 60s and 70s who get it as well, and it’s probably an equal split there of men and women. So age really can play into an important role here.

Obviously, patients who are younger tend to have better vasculature, are on fewer medications that may influence that, have less hypertension, less renal disease, as opposed to the other end of the spectrum where they have much more of that. And so we know that the risk of bleeding goes up with age, and there could be as much, although the incidence of hemorrhage is low in ITP in general, the incidence is 4-fold higher in those patients in their 60s compared to those who are in their 30s.

Terry B. Gernsheimer, MD: I think another very important thing when you’re talking to your patient is, patients really, when they develop these autoimmune diseases, want to take medications that help their immunity. And many of these medications, or I should say really supplements, they start taking in these megadoses, things such as garlic pills.

Ivy Altomare, MD: I haven’t had that one.

Terry B. Gernsheimer, MD: I’ve had that one. I think turmeric, that’s another big one.

Terry B. Gernsheimer, MD: Vitamin E, fish oil, all of these things can increase the risk of bleeding because they inhibit platelets, and patients don’t realize. It’s something very important to ask the patient about whether they’re taking it. 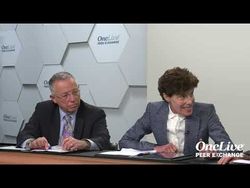 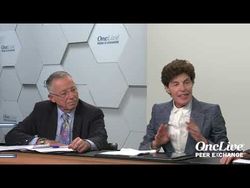 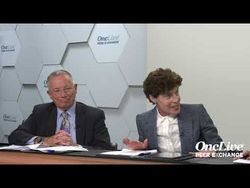