The ATR inhibitor RP-3500 demonstrated a manageable safety profile and promising early antitumor efficacy in patients whose tumors harbor select genomic alterations when administered at doses of 100 mg or more. 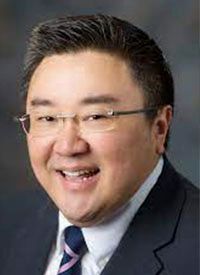 The ATR inhibitor RP-3500 demonstrated a manageable safety profile and promising early antitumor efficacy in patients whose tumors harbor select genomic alterations when administered at doses of 100 mg or more, according to results from the phase 1/2 TRESR trial (NCT04497116).1

“Not only did RP-3500 demonstrate a favorable and differentiated safety profile, but our initial data also showed promising and distinct early efficacy,” principle investigator Timothy A. Yap, PhD, associate professor of Investigational Cancer Therapeutics at The University of Texas MD Anderson Cancer Center, stated in a press release.2 “Although this phase 1 study has only had approximately 9 months of dosing at efficacious doses of 100 mg or more of RP-3500, we are encouraged by what we have observed so far in this hard-to-treat advanced cancer patient population.”

ATR inhibition is synthetically lethal and genomic alterations affect DNA damage response (DDR). Moreover, ATR is a key mediator of cellular DDR and is activated in response to DNA replication stress. RP-3500 is a potent and highly selective ATR inhibitor, with low nanomolar potency in biochemical and cell-based assays; a more than 2,000-fold selectivity over ATM, DNA-PK and PI3Ka; and demonstrated single-agent activity in tumor models of varying histologies and DDR defects.

In the TRESR study, investigators sought to examine the agent in patients with advanced solid tumors. To be eligible for enrollment, patients needed to be 18 years of age or older and have solid tumors that were resistant, refractory, and/or intolerant to standard therapy. Additionally, patients had to have tumors with centrally reviewed deleterious STEP2 alterations, an ECOG performance status of 0 or 1, hemoglobin levels of 9.5 g/dL or more, platelets of 140 K/uL or more, and an absolute neutrophil count of 1.7 K/uL or more.

In total, 101 patients were enrolled at a data cutoff of August 15, 2021. The primary end points of the study were safety and tolerability, as well as identifying the recommended phase 2 dose (RP2D) of the agent. Other end points of interest included pharmacokinetics, pharmacodynamics in paired tumor biopsies, preliminary antitumor activity, and kinetics of circulating tumor DNA (ctDNA).

RP-3500 was evaluated at multiple doses and schedules as part of an adaptive BOIN design; sufficient cohort sizes were used to ensure a robust maximum tolerated dose (MTD)/RP2D decision. Once and twice daily doses were evaluated. Dose-limiting toxicities (DLTs) included anemia and thrombocytopenia. The MTD/RP2D was established to be a daily dose of 160 mg to be given on a 3-days-on, 4-days-off schedule.

Additionally, dose interruptions, reductions, and transfusions were noted to be infrequent on this dosing schedule, and no discontinuations related to the study drug were reported.

Regarding the pharmacokinetic profile of RP-3500, the agent was found to achieve its efficacy targets when given at doses of 100 mg or higher. Moreover, the half-life of the agent was approximately 6 hours and the linear Cmax and area under the curve was found to be consistent across all doses examined. The daily regimen was selected for the RP2D over the twice daily regimen based on minimal differences observed in target coverage. Moreover, the drug was found to be safe to administer with or without food.

Regarding the pharmacodynamics of the agent, RP-3500 demonstrated robust pathway modulation in paired tumor biopsies, with consistent and statistically significant on-treatment increases in DNA damage-induced γH2AX and p-KAP1 across tumor genotypes.

Deep molecular responses in ctDNA were also observed in 37 patients with tumors that harbored STEP2 genomic alterations. The best mean variant allele frequency (mVAF) was calculated as the percent decrease from baseline in patients with 1 or more on-treatment ctDNA samples, and early and significant decreases in mVAFR in were observed in tumors with multiple genotypes.

Moreover, a preliminary analysis of the data suggests that ctDNA response may predict clinical benefit with the agent, as patients with clinical PRs showed early and frequently significant reductions in mVAFR in ctDNA with RP-3500. Further analyses will be performed to correlate ctDNA responses with clinical efficacy and duration of response to evaluate the ability of ctDNA to predict clinical benefit with the agent.

“Our promising early clinical data of this potent and highly selective ATR inhibitor offer a clear direction for further development of RP-3500,” Yap added. “We will continue to assess RP-3500 in patients with defined molecular alterations and also in novel rational combinations.”