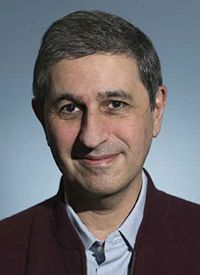 First-line ruxolitinib (Jakafi) plus pegylated interferon alpha 2a demonstrated durable spleen volume reduction in patients with myelofibrosis, according to findings from the phase 1/2 RUXOPeg trial (NCT02742324) that were presented at the 2022 ASH Annual Meeting.1

“This treatment may also improve, after 12 months, the inflammatory cytokine profile and bone marrow histopathology that are probably important biomarkers of disease severity,” Jean-Jacques Kiladjian, MD, PhD, of Saint Louis Hospital in Paris, France, said in a presentation of the data.

The phase 1 portion of RUXOPeg was designed to test up to 9 different possible dose combinations of ruxolitinib plus pegylated interferon alpha 2a. Its primary end point was the occurrence of dose-limiting toxicities (DLTs) within 45 days of initiating treatment.

The phase 2 portion of this trial randomized patients to 1 of the 2 best dose combinations determined in the phase 1 portion. The primary end point of this portion was at least a 50% spleen length reduction, as measured by palpation, within the first 6 months of treatment.

Patients were eligible for this trial if they had intermediate- or high-risk myelofibrosis, needed active therapy, and had disease with a driver mutation. Patients were excluded if they had received prior treatment with ruxolitinib or pegylated interferon alpha 2a; had a contraindication for either drug; were eligible for stem cell transplantation; had inadequate liver, cardiac, or renal function; had autoimmune disease; or had a history of depression.

In the phase 1 portion, patients received ruxolitinib alone at 10 mg, 15 mg, or 20 mg twice daily for 2 weeks, then continued their ruxolitinib dose with the addition of pegylated interferon alpha 2a at 45 mcg, 90 mcg, or 135 mcg weekly. Patients were assessed for DLTs at 45 days and spleen response at 6 months and were followed for up to 12 months of study participation. At several time points throughout the study, the investigators also collected data on bone marrow biopsy, mutations, hematopoietic stem cell progenitors, cytokines, and immune effectors.

The cytokine analysis showed that the inflammatory cytokine profile decreased with the combination in most patients.

Preliminary results of the immune effectors analysis showed that in general, by the end of treatment, the combination significantly increased patients’ proportion of B cells and significantly decreased their proportion of natural killer cells. No change in T lymphocytes was observed, although subgroup analyses are ongoing.

“Such deep molecular responses, to our knowledge, have never been seen in patients with myelofibrosis before,” Kiladjian noted.

No significant difference was observed in the allele burdens for the other driver mutations after 12 months of treatment.

To determine whether the anti-JAK2 activity of ruxolitinib could interfere with the efficacy of pegylated interferon alpha 2a, the investigators studied the response on hematopoietic stem cell progenitors by clonal assays. This analysis confirmed a clear decrease in mutated hematopoietic stem cells at baseline and after 12 months of treatment, and a subpopulation analysis showed a decrease of both heterozygous and homozygous cells.

A previously developed mathematical model for predicting long-term responses in patients with PV and ET was found to be applicable to this study and predicted a long-term decrease and potential eradication of hematopoietic stem cells. 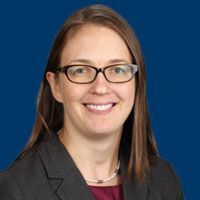 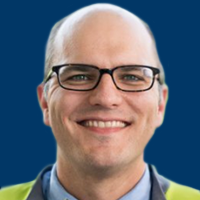