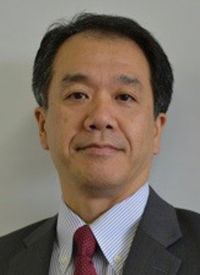 Masakazu Toi, MD, PhD, professor of breast surgery at Kyoto University Hospital, presented the results during a press briefing Wednesday morning. The trial was stopped early because it met the primary endpoint for iDFS ahead of schedule.

“Although we have made remarkable progress with systemic therapy for breast cancer, many patients still experience disease recurrence,” he said in a news release. “We found that the postoperative adjuvant use of S-1 in combination with standard endocrine therapy significantly reduced iDFS events and improved 5-year iDFS estimates in patients with HR-positive and HER2-negative breast cancer.”

Approximately 67% of patients with breast cancer have HR-positive, HER2-negative disease. The prognosis is good for this population, 4-year disease-specific survival is 92.5%. However, this disease subtype is associated with late recurrence, and recurrent disease is generally incurable.2 Toi and his colleagues sought to identify a novel post-operative adjuvant therapy that can be used in conjunction with endocrine therapy to reduce the risk for recurrence.

The safety profile was “quite manageable,” Toi said. The most common ³3 adverse events in the S-1 arm were neutrophil decreased (7.5%) and diarrhea (1.9%) compared with 0.7% and 0% in the control arm, respectively.

Toi noted that POTENT only included patients from Japan and the findings may not translate to another population. He added that Asian and non-Asian patients would likely have a different toxicity profile.

Furthermore, the FDA has not approved S-1 in the United States. Session moderator Carlos Arteaga, MD, SABCS codirector and director of the Harold C. Simmons Comprehensive Cancer Center at the University of Texas Southwestern Medical Center, said physicians in the U.S. would assign a patient with HR-positive, HER2-negative to chemotherapy depending on the individual’s risk for recurrence.