Selinexor in combination with bortezomib and low-dose dexamethasone led to a statistically significant increase in progression-free survival compared with bortezomib/dexamethasone alone in patients with multiple myeloma who have received 1 to 3 prior lines of therapy. 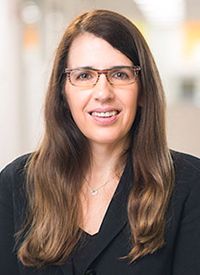 Selinexor (Xpovio) in combination with bortezomib (Velcade) and low-dose dexamethasone led to a statistically significant increase in progression-free survival (PFS) compared with bortezomib/dexamethasone alone in patients with multiple myeloma who have received 1 to 3 prior lines of therapy, according to topline findings from the phase III BOSTON trial.1

Results showed that the median progression-free survival (PFS) in the selinexor arm was 13.93 months compared with 9.46 months with bortezomib/dexamethasone alone, leading to a 30% reduction in the risk of disease progression or death (HR, 0.70; P = .0066).

Additionally, no new safety signals were reported with selinexor, and there were no imbalance in deaths between the 2 arms, Karyopharm Therapeutics, the developer of selinexor, stated in a press release. Full findings, which are expected to support future regulatory submissions planned for the second quarter of 2020, will be presented at an upcoming medical meeting.

"We are thrilled to report these highly significant top-line results from the BOSTON study, the first randomized phase III trial to demonstrate clinically and statistically significant activity of once-weekly Xpovio in combination with a current standard of care treatment in patients with myeloma after one to three prior therapies," Sharon Shacham, PhD, MBA, president and chief scientific officer of Karyopharm, stated in a press release.

"In the study, patients on the [selinexor] regimen lived 47% longer without their disease worsening, which we believe represents an important improvement in the treatment of patients with relapsed or refractory multiple myeloma," Shacham added. "We plan to submit the full data set for presentations at upcoming medical meetings to share the results with the medical community. If approved, the [selinexor] regimen would be the first and only FDA-approved combination drug regimen that includes once-weekly Velcade therapy for relapsed myeloma."

Selinexor is a first-in-class SINE (Selective Inhibitor of Nuclear Export) compound. The drug inhibits chromosomal maintenance protein exportin-1 (XPO1), a nuclear export protein that mediates the transport of more than 200 cargo proteins, including most tumor-suppressor proteins. The agent works to block the export process by binding to other proteins within the nucleus of the cell and shuttling them through the nuclear pores into the cytoplasm in the rest of the cell.

In the active comparator-controlled, open-label, multicenter phase III BOSTON study, investigators compared the efficacy, safety, and certain health-related quality of life (HR-QoL) parameters of once-weekly oral selinexor in combination with once-weekly bortezomib plus low-dose dexamethasone versus twice-weekly bortezomib plus low-dose dexamethasone in approximately 402 adult patients with relapsed/refractory multiple myeloma who have received 1 to 3 prior lines of therapy.

The primary endpoint of the study is PFS, and objective response rate is a key secondary endpoint. Additionally, the study allows for patients on the control arm to cross over to receive the selinexor arm following disease progression.

The BOSTON study is being conducted at over 150 clinical sites internationally.

In July 2019, the FDA granted an accelerated approval to selinexor for use in combination with dexamethasone for the treatment of adult patients with relapsed/refractory multiple myeloma who have received ≥4 prior therapies and whose disease is refractory to ≥2 proteasome inhibitors, ≥2 immunomodulatory drugs, and a CD38-targeted monoclonal antibody.

The approval was based on data from a prespecified subgroup analysis of 83 patients of Part 2 of the multicenter, single-arm, open-label, phase II STORM trial. In this subpopulation, patients’ disease was refractory to bortezomib, carfilzomib (Kyprolis), lenalidomide (Revlimid), pomalidomide (Pomalyst), and daratumumab (Darzalex), and the benefit-risk ratio appeared to be greater in this more heavily pretreated subgroup than in the overall population with an ORR of 25.3%. Thirty-seven percent (n = 31) of patients had a minimal response or better to selinexor.

Patients were treated with 80 mg of oral selinexor plus 20 mg of oral dexamethasone twice weekly until disease progression. The median age was 65 years (range, 40-85), and the median number of prior therapies was 7. Fifty-three percent of patients had high-risk cytogenetic abnormalities.

Serious AEs occurred in 63% of patients; the most common included pneumonia (11%) and sepsis (9%). There were 28 deaths on study due to disease progression (n = 16) or an AE (n = 12). In the AE-related deaths, two were determined by the investigator to be related to treatment—1 caused by pneumonia and 1 caused by sepsis.

The treatment discontinuation rate believed to be due to a treatment-related AE was 18%, and AEs leading to dose modifications or holds occurred in 80% of patients. The majority of modifications or holds occurred in the first 2 cycles. The most common AEs that led to reductions or interruptions were thrombocytopenia (43%), fatigue (16%), and neutropenia (11%). Supportive care approaches generally reduced the intensity and/or duration of such AEs, and were comprised of strategies such as G-CSF, thrombopoietin receptor agonists, optimization of fluid and caloric intake, appetite stimulants, psychostimulants and/or additional antinausea therapies.

Most recently, in February 2020, the FDA granted a priority review designation to a supplemental new drug application for selinexor as a treatment for adult patients with relapsed/refractory diffuse large B-cell lymphoma, not otherwise specified, who have received ≥2 prior therapies.