Data presented during the 2021 ASCO Annual Meeting offered insight into the optimization of BTK inhibitors, induction therapy, consolidative therapy, and radiation therapy for patients across the paradigm of hematologic malignancies. 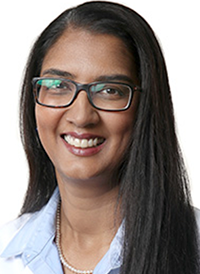 In a virtual presentation during the 2021 ASCO Direct Highlights™ webcast in San Diego, a program developed by Physicians’ Education Resource® (PER®), LLC, Siddiqi, director of the CLL Program at the Toni Stephenson Lymphoma Center and an associate clinical professor in the Division of Lymphoma in the Department of Hematology and Hematopoietic Cell Transplantation at City of Hope, discussed data from 4 clinical trials presented during the 2021 ASCO Annual Meeting in various hematologic malignancies.

“Acalabrutinib is a novel, second-generation BTK inhibitor that is supposed to be much more specific in targeting BTK as opposed to ibrutinib. The thought was that [acalabrutinib] might have an improved safety profile [vs ibrutinib] because of that,” said Siddiqi.

The study randomized patients 1:1 to 100 mg of twice daily, oral acalabrutinib (n = 268) vs 420 mg of once daily, oral ibrutinib (n = 265). Patients were required to have previously treated CLL, the presence of a 17p or 11q deletion, and an ECOG Performance Status (PS) of 0 to 2. Patients with significant cardiovascular disease, those on concomitant treatment with warfarin or an equivalent vitamin K antagonist, or those who received prior treatment with ibrutinib, a BCR inhibitor, or a BCL-2 inhibitor were excluded.

Baseline patient characteristics were similar between arms. About half of patients had bulky-stage, advanced CLL without an IGHV mutation, which confers a poor prognosis, said Siddiqi.

The results demonstrated that noninferiority was met with acalabrutinib vs ibrutinib per independent review committee assessed progression-free survival (PFS). At a median follow-up of 40.9 months, the median PFS was 38.4 months in both arms (HR, 1.00; 95% CI, 0.79-1.27). Moreover, the similarity with acalabrutinib vs ibrutinib was comparable across all prespecified subgroups.

“Atrial fibrillation and flutter are major concerns of patients being treated with ibrutinib,” Siddiqi said. “[The safety data] were somewhat expected, knowing what we know about acalabrutinib, but it was reassuring to see a marked difference and a seemingly much lower cardiac toxicity in terms of atrial fibrillation and flutter [with acalabrutinib].

“I’ve had to dose-reduce for some of these symptoms on both arms,” said Siddiqi. “The headaches [associated with acalabrutinib], in our experience, have been self-limiting and they go away after a while. Caffeine helps. If patients can push through the initial headaches, they definitely get better.”

In addition to atrial fibrillation, other adverse effects (AEs) of special interest such as bleeding events, hypertension, and interstitial lung disease/pneumonitis were more prevalent with ibrutinib vs acalabrutinib.

The randomized, phase 2 ECOG-ACRIN E1411 trial (NCT01415752) is an ongoing 4-arm study evaluating whether induction therapy with bendamustine plus rituximab (Rituxan; BR) followed by consolidative rituximab can be improved upon for patients with MCL.2

“The conclusions of this intergroup trial at this stage were that the addition of bortezomib to BR did not meet the primary end point of increasing 2-year PFS, or improved ORR, CR, or median PFS. [BVR] did not generate any unexpected toxicity, which was reassuring,” Siddiqi said.

“However, this trial helps [to solidify] BR as a very reasonable backbone for induction therapy [in MCL] ,” she added. “We need to see improvements in induction in MCL, but if we can continue to see early minimal residual disease detectability with deep and durable responses, that is what we are going to be trying to achieve in MCL.”

“Primary CNS lymphoma is a very rare disease, but we don’t have a lot of knowledge of how to treat and cure these patients,” Siddiqi said.

Eligible patients had a pathologic diagnosis of diffuse large B-cell lymphoma without current or prior systemic lymphoma. Patients had to have a Karnofsky PS of at least 30, negative HIV serology, and no history of prior organ transplant.

Overall, most patients were male with a median age of 61 years, a median Karnofsky PS of 80, no deep-brain involvement, normal Slit Lamp results, and negative cerebrospinal fluid cytology.

“The induction led to 50% CRs in these patients. The consolidation added to the CRs, but the PFS was not different across both arms if we measure after consolidation was initiated,” Siddiqi said.

The phase 2 CALGB 50801 trial (Alliance; NCT01118026) was designed to evaluate the role of radiation therapy for patients with bulky stage I/II cHL.4

Patients were given 2 cycles of doxorubicin, bleomycin, vinblastine, and dacarbazine (ABVD) followed by a PET/CT scan for restaging. If patients were PET2 negative, they went on to receive 4 additional cycles of ABVD. If they were PET2 positive, patients received 4 cycles of escalated bleomycin, etoposide, doxorubicin, cyclophosphamide, vincristine, procarbazine, and prednisone (BEACOPP) plus involved-field radiation therapy.

The results of the study indicated that 78% of patients were PET2 negative, and therefore, did not require exposure to radiation therapy or escalated BEACOPP.

“Based on the results of this trial, the author recommended omitting radiotherapy in PET2-negative patients who receive 6 cycles of ABVD. Of course, there are more comparative trials going on to look at novel agents and to study efficacy, safety, and cost to improve results in these patients,” Siddiqi concluded.