The novel oral anticancer regimen known as SM-88, which consists of a tyrosine derivative, an mTOR inhibitor, a CYP3a4 inducer, and an oxidative stress catalyst, has promising efficacy with no meaningful toxicity in patients with metastatic pancreatic cancer who have progressed on at least 1 prior line of therapy. 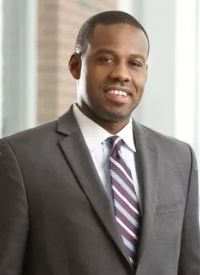 The novel oral anticancer regimen known as SM-88, which consists of a tyrosine derivative (D,L-alpha-metyrosine), an mTOR inhibitor (sirolimus), a CYP3a4 inducer (phenytoin), and an oxidative stress catalyst (methoxsalen), has promising efficacy with no meaningful toxicity in patients with metastatic pancreatic cancer who have progressed on at least 1 prior line of therapy.

Findings from part 1 of a 2-part trial known as Tyme-88-Panc were presented at the 2019 Gastrointestinal Cancers Symposium. With a median of 4.3 months of follow-up after treatment initiation, 67.8% of 28 evaluable patients were still alive as of December 31, 2018, in the open-label single arm phase 2 trial,1 reported Marcus Smith Noel, MD. By comparison, a separate literature review of 21 studies found an estimated survival of approximately 2 months among patients with metastatic pancreatic cancer who enter a third-line trial.

Survival status is ongoing. The primary endpoint of the study is response rate determined by blind independent central review (NCT03512756).

“The OS [overall survival] of about 4 months mirrors what we see historically, and is maybe a bit longer,” he told OncLive. “We need to treat more patients to see if that signal holds, and if it does, it will definitely be clinically meaningful. The hope is that we will recruit another 60 to 70 patients in part 2 of the study.”

Blood samples for circulating tumor cell (CTC) analysis demonstrated that 70% of patients experienced a >30% decrease in CTC count from baseline that was maintained for at least 1 cycle, said Noel, head of clinical research, Gastrointestinal Program, Wilmot Cancer Institute, University of Rochester, New York. CTCs are an early indicator of disease status and may predict future clinical benefit, he said.

“The thought process is that D,L-alpha-metyrosine will essentially alter the metabolism of pancreatic cancer,” he said. “All cancers are able to thrive in an oxidative environment…an environment that is deprived of nutrients and oxygen. This denatured agent plus the 3 other repurposed drugs are designed to capitalize on that, such that they’re going to increase uptake of D,L-metyrosine into the cell, and hopefully that will result in cell death.”

No patient has been lost to follow-up. Seven of 11 patients with Positron Emission Tomography Response Criteria in Solid Tumors (PERCIST) evaluations achieved a SD or greater by standardized uptake value response.

Standard of care for the treatment of pancreatic cancer is toxic chemotherapy consisting of FOLFIRINOX or gemcitabine with nab-paclitaxel, but more than 50% of patients treated with these regimens experience >3 toxicity. The third-line setting in pancreatic cancer “is a population with an unmet need. We don’t have FDA-approved agents specifically for the third line, so the thought is if we can use D,L-metyrosine, which is well tolerated, there may be an opportunity to benefit patients,” said Noel.

The toxicity profile of SM-88 “has been very encouraging thus far,” Noel said. “We see mild nausea and mild fatigue. We only had 1 serious adverse event in which a patient had hypotension but that patient had hypotension with the previous agents, so it’s unclear if that’s directly related to SM-88. Overall, it’s well tolerated.”

Overall, 32 (84.2%) of patients experienced a treatment-emergent adverse event related to SM-88, with 16.2% of adverse events considered possibly related to study regimen. One patient who was treated with 460 mg twice daily of D,L-metyrosine had 2 adverse events (rash and arthralgia) considered to be dose-limiting toxicities but resumed treatment after successful management.2