Paul A. DiSilvestro, MD, discussed the pivotal SOLO-1 trial of maintenance olaparib in patients with BRCA-mutated ovarian cancer, updated survival data with the agent in this population, and the next steps for future research. 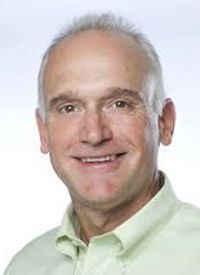 “[It was] exciting to see that separation of the curves [that we saw in the progression-free survival [PFS] analysis] persist; [this indicates that] there was an enduring benefit beyond the 2-year treatment cap,” said DiSilvestro, who is director of the Program in Women’s Oncology for Women & Infants Hospital of Rhode Island and Care New England Health System. “We treated people for 2 years, but 5 years later we're still seeing that separation. These data are really compelling.”

In an interview with OncLive®, DiSilvestro, who is also the division director of gynecologic oncology in the Department of Obstetrics and Gynecology at The Warren Alpert Medical School of Brown University, discussed the pivotal SOLO-1 trial of maintenance olaparib in patients with BRCA-mutated ovarian cancer, updated survival data with the agent in this population, and the next steps for future research.

OncLive®: Please provide some background on the pivotal SOLO-1/GOG-3004 trial.

DiSilvestro: SOLO-1 was a randomized phase 3 trial looking at the role of maintenance olaparib vs placebo in women with [newly diagnosed] advanced ovarian cancer and a BRCA mutation. [Patients] were randomly assigned in a 2:1 ratio to either olaparib or placebo and treated for [up to] 2 years or until disease progression, whichever came first. The preliminary primary end point was PFS and one of the secondary end points was OS. I [presented] a descriptive 7-year OS analysis [of follow-up data] at this meeting.

Could you expand on the study design? Why was 7-year OS selected as a clinically meaningful end point for this research?

There has been [research investigating at what point] women who have advanced ovarian cancer experience their greatest risk of death. There have been some eloquent data [presented] by [Robert L. Dood, MD, MSCE, of the University of Utah,] which demonstrated that the first 7 years after diagnosis are probably the principal risk years. [After this,] you begin to see a leveling of the curve. As such, in this descriptive analysis, we did not want to ‘spend’ too much alpha. [This means that] we wanted to look at the data, but not our primary OS end point.

What were the survival findings presented at the 2022 ESMO Congress?

The results were compelling: the median OS for the maintenance olaparib arm had yet to be reached and median OS for the placebo arm was [75.2] months; that yielded a hazard ratio of 0.55, [which translated to] a 45% reduction in the risk of death for those patients 7 years after their diagnosis. If you look at it in a different way, 67.0% of women in the olaparib arm were alive at 7 years after their diagnosis vs [45.6%] in the placebo arm.

What was reported in terms of time to first subsequent treatment?

[That was] another interesting variable that we looked at; [this] is really a proxy for progression-free analysis. The interesting thing here is [that] if you look at the women who are surviving in the olaparib arm, the majority are surviving without ever having received a subsequent therapy. Specifically, 7 years out [from their last administered treatment, 45.3%] of women in the olaparib arm have yet to receive subsequent therapy vs [20.6%] in the placebo arm. [Time to first subsequent treatment really is] an important variable.

What should be taken away from the analysis with regard to safety?

The adverse effect profile remains the same. The [incidence of] special events of interest, such as myelodysplastic syndromes [MDS] or acute myeloid leukemia [AML], and new primary malignancies, remains well balanced. We had 1 extra case of MDS or AML in each arm of the trial. As you can imagine, breast cancer [was the] most common [new primary malignancy] in this at-risk population [harboring BRCA mutations].

Is there anything else that you would like to add regarding the data presented?

[It was] exciting to see that separation of the curves [that we saw in an earlier analysis] persist; [this indicates that] there was an enduring benefit beyond the 2-year treatment cap. We treated people for 2 years, but 5 years later we're still seeing that separation. These data are really compelling.

Are any next steps planned for this research?

We [need to wait for the] OS [data to mature]. When we [performed] this analysis, the OS end point was set to be determined at 60% data maturity. Right now, we are at 38% maturity. That's a good thing, [because the event of interest is death]. That means that the event rate is low, and not as many people are dying. Hopefully it [takes] many years before [we] reach [this] because that would just mean [there are] more positive outcomes.

What is your key take-home message regarding this research?

Knowing [a patient’s] germline and tumor-based BRCA mutational status is critically important. It's [even more] critically important to [test for this] early in the lifespan of a woman with an advanced ovarian cancer, because that knowledge [provides the] power to make a great treatment decision going forward.