The addition of stereotactic body radiation therapy to sorafenib led to an improvement in overall survival, progression-free survival, and time to disease progression compared with sorafenib alone in patients with locally advanced, hepatocellular carcinoma. 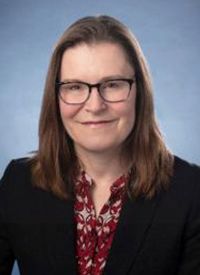 The addition of stereotactic body radiation therapy (SBRT) to sorafenib (Nexavar) led to an improvement in overall survival (OS), progression-free survival (PFS), and time to disease progression compared with sorafenib alone in patients with locally advanced, hepatocellular carcinoma (HCC), according to findings from the phase 3 NRG/RTOG 1112 trial (NCT01730937) that were presented at the 2023 Gastrointestinal Cancers Symposium.

“This adds to the body of evidence for the role of external beam radiation, bringing SBRT to the armamentarium of treatment options for patients—particularly those with locally advanced HCC and macrovascular invasion, especially if they are treated with TKIs,” lead study author Laura Dawson, MD, FRCPC, clinician scientist at Princess Margaret Cancer Centre in Toronto, Ontario, Canada, said in a presentation of the data.

Prior to the readout of the phase 3 IMbrave150 trial (NCT03434379), which evaluated atezolizumab (Tecentriq) plus bevacizumab (Avastin) as frontline therapy for locally advanced or metastatic HCC, sorafenib was the standard therapy for patients unfit for surgery, ablation, and/or transarterial chemoembolization (TACE). This, coupled with interest in radiation therapy for HCC management, led to the inception of the NRG/RTOG 1112 trial.

To be eligible for enrollment, patients had to have locally advanced HCC unsuitable for, or relapsed/refractory to radiofrequency ablation or TACE post resection. Additional criteria included Child-Pugh A status, platelet level above 60 bil/L, BCLC stage B or C, no greater than 20 cm sum of tumor mass, 5 or fewer HCC foci, and no more than 3 cm of extrahepatic spread. Any degree of vascular invasion was allowed.

The primary end point was OS. Secondary end points included PFS, time to progression, toxicity, and quality of life (QOL), which was defined as the proportion of patients with an improvement of at least 5 points in the FACT-Hep score from baseline to 6 months.

Early accrual closure to the study due to the change in standard systemic therapy for HCC forced investigators to reduce the statistical power for OS from 80% to 65%.

Most patients (94%) in the combination arm received SBRT as intended; 12 patients received SBRT without sorafenib. In the sorafenib arm, 3 patients did not receive the TKI and 21% proceeded to SBRT after sorafenib discontinuation.

In terms of QOL, approximately half of patients consented to data collection, but only 21% (n = 37) completed baseline and 6-month surveys, rendering the analysis without statistical power.

Despite this, investigators noted an improvement in the FACT-Hep score from 35% of patients in the combination arm vs only 10% in the monotherapy arm.

Dawson concluded by stating, “SBRT is a standard treatment option for patients with locally advanced HCC, especially with macrovascular invasion.”

Discussant Laura Goff, MD, MSCI, MMHC, of Vanderbilt University Medical Center, added that “sorafenib plus SBRT represents an intriguing first-line option for patients who cannot be treated with immunotherapy, and other settings in which to use radiation for HCC should be actively explored.”