The presence of a specialized pediatric palliative care team lowered the odds that a child with cancer would be admitted to an intensive care unit at the end of life by five-fold compared with those who did not receive palliative care, according to results from a retrospective study. 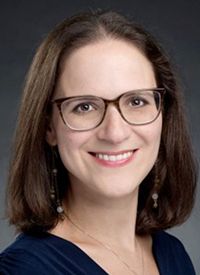 The presence of a specialized pediatric palliative care (SPPC) team lowered the odds that a child with cancer would be admitted to an intensive care unit at the end of life by five-fold compared with those who did not receive palliative care, according to results from a retrospective study conducted in Canada.1

Investigators analyzed a provincial childhood cancer registry and collected data on 572 patients in Ontario who died from 2000 to 2012. Children in the registry were diagnosed with cancer at younger than 15 years and died at age ≤18 years. About 30% received care from an SPPC team for at least 30 days and 17.5% received general palliative care. The remaining patients were classified as receiving no palliative care.

Only deaths that occurred within 5 years of the most recent pediatric cancer event (initial diagnosis, relapse, or second malignant neoplasm) were included in the analysis because deaths after this period likely represented mortality from late effects or a noncancer-related cause, or occurred in an adult center. Investigators excluded patients who died of external causes and those who died within 30 days of diagnosis, regardless of SPPC involvement, because they likely had overwhelming disease or infection, for which high-intensity end-of-life care was likely appropriate.

Investigators also stratified patients by time. Those who received treatment from 2000 to 2004 were included in the early group. Patients treated from 2005 to 2008 were classified as middle period, and the late period ran from 2009 to 2012. Patients treated in the late period were much more likely to receive SPPC compared with earlier periods (OR, 43; 95% CI, 2.9-636). Investigators did not find evidence of collinearity.

Secondary measures of high-intensity end-of-life care included mechanical ventilation within 14 days of death, in-hospital death, and a composite measure used in adult populations comprising any 1 of the following: intravenous chemotherapy within 14 days of death or more than 1 emergency department visit, more than 1 hospitalization, or any ICU admission within 30 days of death. Compared with no palliative care, SPPC was associated with significantly reduced risk for mechanical ventilation (OR, 0.2; 95% CI, 0.1-0.6), in-hospital death (OR, 0.5; 95% CI, 0.4-0.8), and composite high intensity care indicator (OR, 0.3; 95% CI, 0.2-0.4).

In an accompanying podcast, Erica C. Kaye, MD, assistant member on faculty, Quality of Life and Palliative Care Division, department of oncology, St. Jude’s Children’s Research Hospital, said that published trial results show that concurrent pediatric palliative care is associated with “clinically meaningful benefits,” such as improved quality of life and symptom control for patients and families.2 However, she noted that even in the current study, which evaluated pediatric cancer centers with formal SPPC teams, fewer than one-third of patients who die receive specialized care from palliative care experts.

“These data provide tangible justification upon which to build advocacy efforts for the creation and expansion of specialized pediatric palliative care teams and programs,” she said. “These findings are also immediately applicable to clinician training and educational initiatives that aim to improve overall clinical care for children with high-risk cancer.” 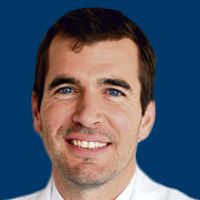 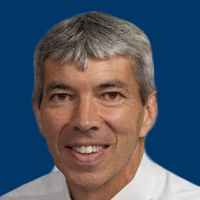