A number of biological factors, including age at diagnosis, symptom duration at diagnosis, and HIST1H3B mutation status, are associated with survival ≥2 years in children and young adults with diffuse intrinsic pontine glioma, a brainstem malignancy with a median survival

A number of biological factors, including age at diagnosis, symptom duration at diagnosis, and HIST1H3B mutation status, are associated with survival ≥2 years in children and young adults with diffuse intrinsic pontine glioma (DIPG), a brainstem malignancy with a median survival <1 year.

Investigators with the Pediatric Oncology DIPG registries analyzed data collected from 1008 patients in Austria, Australia, Croatia, France, Germany, Italy, the Netherlands, North America, Switzerland, and the United Kingdom. Eligible patients in North America and Australia were aged 0 to 27 years (n = 409), while those in Europe and the United Kingdom were aged 0 to 21 years (n = 721). The median patient age was 6.8 years (range, 0-26.8).

The median OS in this group was 78 months (range, 60-156) for a small cohort of very long-term survivors. Short term survivors (STSs; n = 907) were patients with survival times <24 months.

Corresponding author Maryam Fouladi, MD, Cincinnati Children’s Hospital Medical Center, and colleagues wrote that, according to their research, these data represent “the most accurate rates of long- and very long-term survival for this rare tumor.”

“Identification of robust survival-associated factors in this study is vital for development of prognostic subgroups and emphasizes patient subsets from whom the most could be learned from analyzing pretreatment biopsy tissue,” they wrote.

“Understanding biologic differences that confer survival advantage in DIPG paves the road toward development of subgroup-specific therapies that, when implemented in the context of clinical trials, may improve outcomes for this devastating disease,” Fouladi et al added.

Ring enhancement and tumor necrosis were associated with short-term survival on univariate analysis. Investigators did not perform multivariate analysis because >15% of data was missing for each variable, so the findings could not be validated.

Eighteen (2%) STSs had metastatic disease at diagnosis compared with zero among LTSs. 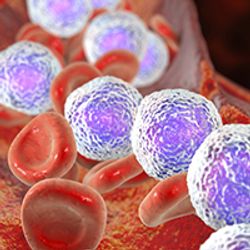 Dr. Merchant on Incidence of Craniopharyngioma

Dr. Angiolillo on the Toxicity Profile of Traditional Treatment in Pediatric B-ALL
x