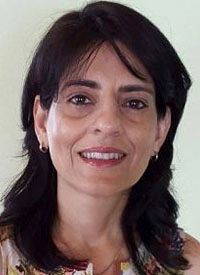 An analysis of African-American and Caucasian patients with metastatic castration-resistant prostate cancer (mCRPC) demonstrated that there was no significant difference in overall survival (OS) between the 2 populations—a finding that was opposite of prior hypotheses, explained Susan Halabi, PhD.

Results of the study, which were presented at the 2018 ASCO Annual Meeting, analyzed data from 9 different randomized phase III trials in which patients with mCRPC were treated with docetaxel. The data comprised 8871 men, 85% of whom were Caucasian and 6% were African American, Halabi said.

The initial analysis showed no significant difference between the 2 groups; the median OS was 21.0 and 21.2 months in African-American and Caucasian patients, respectively. However, an adjusted analysis that factored in age, prostate-specific antigen (PSA) levels, and other variables showed the risk of death was approximately 19% lower for African-American patients (HR, 0.81; 95% CI, 0.72-0.92; P = .001).

OncLive: What was the rationale for this study?

In order to test this, we pulled data from 9 randomized phase II trials, which comprised over 8000 men. What was really interesting was that 85% of the men were Caucasian and only 6% were African American. Nevertheless, we went ahead with our study. In our initial analysis, we found no differences between the 2 subgroups; the median OS was 21 months.

What was the breakdown of demographics in the study?

However, when we did an adjusted analysis for important variables that might affect outcomes, like age, PSA levels, etc, we found that the hazard ratio was 0.81 in favor of African-American men. What does that mean? It means that the risk of death was about 19% lower for African-American men than Caucasian men. This is contrary to our initial hypothesis.Out of the [total population], we know that 85% of them were Caucasian, 6% were African American, 5% were Asian, and 4% were other or unknown ratio groups. When we look at demographics between those patients, we found the following: African-American men were younger, had lower hemoglobin levels, had higher PSA levels, and had worse [ECOG] performance status. These were all statistically significant. Despite all the differences in terms of burden of disease, we found, to our surprise, that African-American patients did better.This is an open question that we cannot answer definitively right now. This is a whole new area that requires further research. We can hypothesize or we can assume certain things. The first idea might be that African-American men have biological differences than Caucasian men. This could be why they're responding better. Remember, the patients we analyzed all received chemotherapy. It could mean that the African-American men were stronger and fitter.

What are some additional analyses that will follow this study?

It could also have to do with the patient selection. We know that to become involved with clinical trials, there is certain eligibility criteria. It could be that the clinician is using a tougher standard. Of course, we don't have data right now to support that claim. It could also mean that the African-American men generally respond better to chemotherapy than Caucasian men. No matter what, what's remarkable is the findings—and this will be a paradigm shift. When men have advanced and lethal mCRPC, we see that the African-American men are not only doing as well as Caucasian patients, but they're doing even better.We have also accessed genomic data to see if there is genomic variability between the 2 populations. What's also interesting—and it's important to know&mdash;is that out of these 9 trials, only 3 of them were conducted by the National Cancer Institute’s National Clinical Trials Network. When we looked at a subgroup of patients enrolled in the United States, we saw even more striking data that African-American men are 24% less likely to die from this disease than Caucasian men. Six of these trials were also conducted globally.

Are there any other demographics or tumor types where there might be disparity?

One of the take-home messages here is that we need to develop new methodology to enroll more African-American men in phase III clinical trials. We need to vigorously implement this methodology so that minorities are well represented. We are also looking at the original analysis and studying progression-free survival.Next, we might look at Asian versus Caucasian patients and we're excited to look at that. Right now, though, we don't have access to other tumor types. It's important to emphasize that these results can't be applied to the general population because we know that only about 3% of patients with cancer in the United States enroll in clinical trials.