Robert L. Talley, MD, elaborates on the clinical trial findings that are shifting standards of care in chronic leukemias. 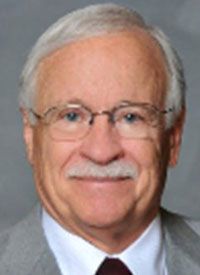 “The oncologic world is shifting away from conventional chemotherapeutic drugs,” said Talley. “The biologic agents are unraveling the molecular mechanisms, [and it’s] proving to be pivotal in decreasing the side effect profiles and the life-threatening risk with bleeding and infections.”

Moreover, in a hairy cell leukemia trial of 80 patients with relapsed/refractory disease, treatment with the anti-CD22 immunotoxin moxetumomab pasudotox resulted in a 41% complete remission (CR) rate and a 34% rate of CR with no minimal residual disease (MRD).2 In April 2018, moxetumomab pasudotox received a priority review designation from the FDA for adult patients with hairy cell leukemia following 2 prior lines of therapy.

OncLive: You presented on chronic leukemias. What were some of the trials you covered?

In an interview during the 2018 OncLive® State of the Science SummitTM on A Summer of Progress: Updates from ASCO 2018, Talley, a hematologist/medical oncologist at Centerpoint Medical Center of Sarah Cannon Research Institute, elaborated on the clinical trial findings that are shifting standards of care in chronic leukemias.Talley: The ENESTop protocol looked at long-term follow-up [after discontinuing] all tyrosine kinase inhibitors (TKIs), which in this case is nilotinib. The updated presentation showed continued good response off all TKIs with a low incidence of side effects.

The second abstract was an interesting one. It's moxetumomab pasudotox, which is an immunotoxin that was reported in refractory/relapsed hairy cell leukemia. It's an ongoing international study and shows a substantial response rate including MRD negativity [through] immunohistochemistry.

What is the impact of the ENESTop study?

What are the remaining questions with nilotinib?

Can you provide background on the data with moxetumomab pasudotox in hairy cell leukemia?

The third trial is the CAPTIVATE study, [which looked at] combination chemotherapy starting with 3 cycles of ibrutinib to try and reduce the tumor burden and decrease chance of tumor lysis syndrome. Then, venetoclax was used with a ramp up. Twelve full cycles of the combination were given to treat patients with primary CLL. The results are quite remarkable with a fairly good side effect profile.Nilotinib is one of the second-generation TKIs; imatinib (Gleevec) was the first. There are some patients treated with imatinib who don't respond, and there are those who have adverse events. The protocol [is for] second-line treatment, so patients will have already been treated with imatinib. As a second-line agent, it was able to successfully treat patients and get them into deep molecular remissions.We still need to follow the current ENESTop trial because there had been a small number of late relapses. We are unsure what the last day [of possible] relapse is. This is encouraging, but not the final word on ENESTop.Hairy cell leukemia is a very uncommon condition. The first-name was malignant leukemic reticuloendotheliosis, so you can see why it's now called hairy cell leukemia. It's very descriptive. It's one of the most uncommon chronic leukemias in adults. Until cladribine came along, there was not a very successful treatment option. Splenectomy was almost universally done, but the chemotherapy responses were quite infrequent.

In CLL, can you highlight the impact of the combination of ibrutinib and venetoclax?

Cladribine proved to be a very successful agent with minimal toxicity. Long-term follow-up studies showed continued remission. There still is a substantial relapse rate. Once [a patient] has relapsed, second remissions are harder to get. Moxetumomab pasudotox will hopefully fill a very important slot.There were 2 rather unique side effects with moxetumomab pasudotox. One was systemic capillary leak syndrome and the other was hemolytic-uremic syndrome. The pathophysiology was not described in the study, but it likely relates to the endotoxin moiety that is part of the linker molecule pseudomonas endotoxin. It undoubtedly has some effects on the vasculature that beget these side effects.Ibrutinib can certainly be used in the long term. It's a very effective agent that may result in long-term responses, but it has to be given continuously. All of the drugs that are now in use, such as the biologics and monoclonal antibodies, carry a lot of expense with them. This is one such situation [that affects] the national concern over health costs.

What do these data tell us about the treatment advances for chronic leukemias?

Both agents are very good. They work quite differently; they’re complementary. Ibrutinib has a good effect on decreasing the risk of tumor lysis syndrome and allows more safety with venetoclax.The rest of the oncologic world is shifting away from conventional chemotherapeutic drugs. The biologic agents are unraveling the molecular mechanisms, and it’s proving to be pivotal in decreasing the side effect profiles and the life-threatening risk with bleeding and infections.