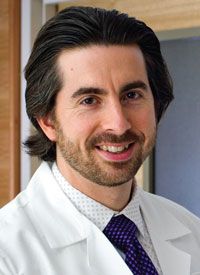 Jason J. Luke, MD, an assistant professor of Medicine at The University of Chicago Medicine

T-cell therapies, such as tumor-infiltrating lymphocyte (TIL) therapy, T-cell receptor (TCR) therapy, and CAR T-cell therapy, which have shown preliminary signals of activity, are poised to have a dramatic impact in metastatic melanoma, according to Jason J. Luke, MD, FACP.

For example, findings from a phase II trial (NCT02360579), which were presented at the 2019 ASCO Annual Meeting, demonstrated a 38% objective response rate (ORR) with the investigational cryopreserved autologous TIL therapy lifileucel (LN-144) in heavily pretreated patients with metastatic melanoma.

Despite these results, practical challenges regarding the manufacturing and administration of these therapies remain a barrier to their utility.

"As T-cell therapies come into standard practice, we have to think about what the infrastructure is going to look like in order to actually pull off these kinds of treatments," said Luke. "However, when there is a will there is a way, and when treatments work, we find a way to do it."

OncLive: Could you discuss the research that is being done with T-cell therapy in melanoma?

In an interview with OncLive, Luke, an associate professor of medicine in the Division of Hematology/Oncology and director of the Cancer Immunotherapeutics Center within the Immunology and Immunotherapy Program at the University of Pittsburgh Medical Center Hillman Cancer Center, discussed the future of T-cell therapies in melanoma, emerging biomarkers, and ongoing research regarding the gut microbiome.Luke: In metastatic melanoma, we've had a breakthrough with immune checkpoint blockade as a type of immunotherapy. However, also on the horizon is the use of cellular therapies based on T cells.

[T-cell therapy] comes in 2 flavors. The more immediate therapy is going to involve harvesting TILs, building them up in the lab, and giving them back to patients as a therapeutic modality.

In the refractory setting, there has already been a phase II clinical trial with registration intent in patients who have refractory disease [to all available therapies]. The trial showed that if one could harvest the tumor by surgery, grow the cells in the lab, and give them back to the patient, more than 40% of patients may have a response.

It's very likely that therapy, lifileucel is going to be approved by the FDA and become part of standard practice in the future.

Further out, we are looking to use engineered cells. Those cells can be T-cell—directed therapies in which we insert a T-cell receptor into a T cell from the patient, as well as CAR T cells, in which we drive a T cell with an enhanced antigen toward the cancer.

What steps should be taken over the next 5 years to optimize the use of T-cell therapy in this space?

The latter 2 are further [on in development] in terms of treatment modalities, but certainly T-cell—based therapies are on the horizon.The complexity is much greater than infusing a drug in an outpatient setting. For TIL therapy, patients are required to undergo surgery. Then the tumor has to be processed adequately in a lab, shipped out to a vendor, and then shipped back. The patient has to be brought into the inpatient setting to begin chemotherapy prior to the TIL therapy. There are a lot of moving pieces [with T-cell therapy] that are different than standard, ambulatory practice.

Have any predictive biomarkers been identified in the space?

When we think about the other T-cell—based therapies, such as TCR-based therapies or CAR T-cell therapies, there again lies this complexity. We have to take large volumes of white blood cells out of a patient, transduce those T cells in the lab, and then give them back to the patient. It's multimodality treatment that requires an inpatient component and outpatient component, as well as complex laboratory [work].In metastatic melanoma, it's quite clear in terms of biomarkers that BRAF mutations, as well as PD-L1 status drive the efficacy of our treatments.

What's becoming clearer is that there are other biomarkers that can help us understand [which patients are likely to respond to which treatments]. Those come in the form of clinical biomarkers that we can see in the patient's history and other molecular markers.

In the field, it's pretty clear that the patients who do the best, are those with the least amount of cancer and who are healthy before we initiate treatment. Even that, as a simplistic biomarker, is important to understand.

On the molecular level, it's now clear that both tumor mutational burden and the amount of interferon associated gene expression—of which PD-L1 is an approximation&mdash;help us understand a patient's likelihood of response.

There are a number of molecules coming forward that will have new biomarkers we’ll want to [account for], such as staining for LAG3, which is another checkpoint molecule that may suggest whether or not other treatments will work.

How might the microbiome and individual patient characteristics factor into treatment selection?

In a more exploratory fashion, a number of other gene expression profiles around myeloid cells or adenosine signature may come into play, at least in terms of research and stratifying, which patients might benefit from treatment versus not. This is an evolving area we'll have to keep an eye on as it will inform our treatment selections.One of the most interesting areas of research in oncology in last few years has been the realization that the contents of the gut or the fecal microbiome can impact patient outcomes. This is particularly true with regard to immunotherapy in cancer.

[In melanoma], we're just beginning to understand this in a meaningful way. However, several groups have reported that increased presence of certain kinds of bacteria makes it more likely for the patient's immune response to kick in and ultimately, fight the cancer.

The question then becomes, “Is that a biomarker or is that something we could modulate as if it were a drug?” Those are open questions, and there are clinical trials ongoing to try to address this.

However, on a practical level, patients always ask, “What can we do right now?” We don't know the answer. We should not be recommending that patients take probiotics. In fact, there's some evidence that suggests probiotics may be worse [for patients].

We do know that just like everything else, eating 3 meals a day that are heavy in fiber and green vegetables is good for immunotherapy. Implementing more simplistic methods is the way to go right now. This is definitely an exciting space that's evolving.