Emma Searle, PhD, provides an overview of findings from the MajesTEC-2 trial in patients with relapsed/refractory multiple myeloma, elaborates on the safety of teclistamab plus daratumumab and lenalidomide, and discusses the next steps for evaluating the combination. 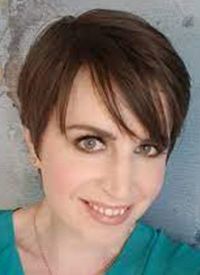 The addition of teclistamab (Tecvayli) to daratumumab (Darzalex) and lenalidomide (Revlimid) produced responses in patients with heavily pretreated relapsed/refractory multiple myeloma, according to initial data from a cohort of the phase 1b MajesTEC-2 trial (NCT04722146) presented at the 2022 ASH Annual Meeting.

The early findings from the study suggest that the fully immune-based triplet has the potential to elicit deep and durable responses in patients who have who received 1 to 3 prior lines of therapy including an immunomodulatory drug and a proteasome inhibitor, according to lead author Emma Searle, PhD.

“This is a very potent combination. It was also interesting to see that the combination had efficacy in patients who were lenalidomide and daratumumab refractory, and those who had high-risk cytogenetics. We already have teclistamab monotherapy, but understanding how to use it in earlier lines of therapy and in combination [with other agents] is going to be exciting,” Searle said in an interview with OncLive® at the 2022 ASH Annual Meeting.

Searle provided an overview of findings from the MajesTEC-2 trial in patients with relapsed/refractory multiple myeloma, elaborated on the safety of the triplet, and discussed the next steps for evaluating the combination of teclistamab, daratumumab, and lenalidomide. She is a consultant hematologist at the Christie Hospital NHS Foundation Trust and an honorary senior lecturer at the University of Manchester in Manchester, England.

OncLive®: What was the rationale for examining this teclistamab in this combination for patients with relapsed/refractory multiple myeloma?

Searle: Teclistamab [monotherapy] has both an FDA approval and European approval for [patients with] triple-class exposed, relapsed/refractory multiple myeloma [who received at least 4 prior lines of therapy]. [The approvals] were based on [data from the phase 1/2] MajesTEC-1 trial [NCT03145181; NCT04557098] which showed a high ORR [of 61.8%] in patients with relapsed/refractory multiple myeloma. These data begged the question of if we could do better by treating patients [with teclistamab] in earlier lines of therapy or in combination with other known standard-of-care agents. That is what this cohort of the MajesTEC-2 trial examined.

The primary end points of this trial were about understanding the safety of the combination, [including] the frequency and types of adverse effects [AEs]. Key secondary end points were ORR, duration of therapy, and time to response.

Can you expand on the patients in this cohort of MajesTEC-2?

Across the entire cohort, 32 patients were treated. All patients received small step-up doses [of teclistamab] from week 1 into week 2. We started with a maximum dose of 0.72 mg/kg [per week], and as the study progressed, we moved to 1.5 mg/kg [per week]. Patients who received 1.5 mg/kg transitioned to 3 mg/kg [every 2 weeks] from cycle 3 onward, and patients preferred to not come into the hospital every week.

What were key efficacy findings presented at the 2022 ASH Annual Meeting?

The ORRs were very high. The more mature data are in the 0.72 mg/kg dosing cohort and ORR in that patient cohort was 100%. In the less mature [data for patients who received] 1.5 mg/kg, we still saw responses. We noted that the responses tended to deepen over time, and I would expect [the ORR for patients who received the 1.5 mg/kg dose] to catch up.

At data cutoff, 80.6% of patients remained on treatment. Three patients across all doses had progressed, and 2 patients died due to infection. We will get a sense of the durability of these responses as time goes on.

What did investigators observe regarding the safety profile of this combination?

As with any potent treatment regimen, you have to be vigilant. We didn't see any new AEs that we didn't anticipate with the combination, [based on] we already understood about the safety of the individual agents. The most common [any-grade] hematological AE was neutropenia [at 84.4%]. Febrile neutropenia was less common; only 4 patients in the trial experienced febrile neutropenia [of any grade].

In terms of non-hematologic AEs, cytokine release syndrome [CRS] was very common [at 81.3%], and [37 of 38 patients with CRS] experienced it in cycle 1 [of treatment]. The median time to onset was 2 days, and the median duration was 2 days. The use of tocilizumab [Actemra] was liberal in the study because that was encouraged, and 40.6% of patients had tocilizumab. It was given for all cases of grade 2 CRS and at investigators’ discretion for grade 1 CRS. It wasn’t given prophylactically in this trial.

The message of CRS is that it’s there, most patients will get it, but it’s very manageable. Most patients only need a single dose of tocilizumab. We didn't see any grade 3 or 4 CRS, and there were no [instances] of immune effector cell–associated neurotoxicity syndrome.

The other important safety message from this study is around infection. We need to be vigilant about how we [guard against] infection and have a high index of suspicion for infections occurring in patients receiving this combination. [In this study] 90.6% of patients had an infection of any grade at any time. Infections do seem to occur from the point patients start [treatment] through the entire time that patients are on therapy. Our 2 AE-related deaths were both [due to] infection.

What are the next steps for continuing to investigate this combination in patients?

With the very high response rates we're seeing with the triplet, the logical next step is to compare [the combination] to the standard of care. The [phase 3] MajesTEC-7 study [NCT05552222] will seek to examine the combination of teclistamab, daratumumab, and lenalidomide against daratumumab plus lenalidomide and dexamethasone in newly diagnosed patients unfit for autologous stem cell transplant [ASCT] or in whom an ASCT is not planned.