Testing Beyond BRCA a Growing Approach in Ovarian Cancer Families

While there has been several years of research on BRCA mutations in the scope of breast and ovarian cancers, researchers do not have nearly enough data on other mutations patients with ovarian cancer harbor—much less an idea of how to target them with novel therapies.

However, there is hope for such research to emerge. Ophira Ginsburg, MD, director of the High Risk/Cancer Genetics Program at NYU Langone's Perlmutter Cancer Center, spoke on the importance of genetic testing for BRCA and these other genetic mutations in ovarian cancer during the 2017 OncLive® State of the Science SummitTM on Treatment Options in Ovarian Cancer.

OncLive: What did you focus on in your lecture on genetic testing?

“When they are offered genetic counseling for family history of ovarian cancer, whether they’re affected or unaffected, [individuals] will be told not only about BRCA 1/2 and Lynch syndrome, but also that they may indeed qualify for testing of additional genes,” said Ginsburg. “There can be as many as 11-, 16-, 24-, 34-, and even 80-gene panels.” In an interview during the meeting, Ginsburg discussed hereditary ovarian cancer, the occasional reluctance in testing, multigene panels, and the understanding of variants of uncertain significance.Ginsburg: The talk I gave was about hereditary ovarian cancer and a focus on what are called multigene panels. As we have moved beyond just BRCA or BRCA 1/2, we know that there are many genes involved in hereditary ovarian cancer. I started by showing a family tree that is a classic one for BRCA, and highlighted the importance of offering testing to all women with epithelial ovarian, fallopian tube, or primary peritoneal cancer because a good proportion of those—10 to 15% and, in some populations, 20% if you’re looking at serous papillary ovarian cancer—can have a BRCA 1/2 mutation regardless of the age of the patient and of the family history.

Now, in cases of ovarian cancer families with breast or other cancers, or on their own, that test negative for BRCA 1/2, we are increasingly able to offer what are called multigene panels that include the Lynch syndrome genes. There are a number of genes associated with what used to be called hereditary nonpolyposis colon cancer that [can be found in] other gynecologic malignancies, as well as ovarian cancer. Uterine cancer is extremely important to know about. Families sometimes are referred to us with colon cancer and if a Lynch syndrome gene is found, women really should be counseled for predictive testing and the options for risk reduction should include a discussion about hysterectomy as well as bilateral salpingo-oophorectomy.

There are other genes now that are also included in the NCCN guidelines that we follow in genetic clinics. The counselors are well versed in keeping up to date with these guidelines for hereditary cancer management, which we take on and discuss with the family. But, in terms of genetic testing, this is important for insurance coverage, as well. Insurers increasingly are asking us to demonstrate that the family meets criteria based on NCCN guidelines for testing of genes, including the multigene panels.

We have the panels, but are we ready? That is a rhetorical question. I know the panels are here; all of us who work in cancer genetics recognize that patients are increasingly asking for these, and the genetic counselors are trained to discuss these more complicated situations. People are increasingly being offered testing for these multigene panels, and 1 of the problems is, in the case of the larger panels, we don’t necessarily know what all the genes do. This is an emerging area; we don’t have the long history that we’ve had with BRCA 1/2.

There are no large prospective cohort studies of 10 or 20 years’ duration to tell us that if you have a mutation in BRIP1, RAD51C, or RAD51D, which are considered moderate ovarian cancer susceptibility genes, then the risk is exactly “X”%. We know for sure that a risk reducing salpingo-oophorectomy will lower the mortality—not to zero of course, but considerably. When you look up hereditary breast and ovarian cancer on any of the major websites or you ask a specialist in the area, we will inform you and your patient that there is some information we don’t have yet. However, our best estimate today is that those moderate risk genes (including BRIP1, RAD51C and RAD51D) confer approximately a 5% to 7% lifetime risk of epithelial ovarian cancer.

Is that enough to warrant a discussion regarding risk reducing salpingo-oophorectomy? Absolutely. The age at which some of these patients are developing ovarian cancer in the studies for BRIP1, RAD51C, and RAD51D seems to be quite a bit later than what we see in BRCA1/2.

The other issue I brought up is the importance of variants of uncertain significance (VUS). In the genetics service, we would say that this is the bane of our existence. We used to have a lot of VUS’s, which literally means we don’t know whether this mutation or variant is disease causing or pathogenic, which confers an increased risk of cancer.

The American College of Medical Genetics and Genomics categorizes these and most commercial labs are reporting these consistently. However, the genetic counseling team will look to other labs and see whether the VUS has been reported before and, if so, how many times and what the interpretation is? This can take some time, but it is very important to be able to guide the patient and their family going forward. As we move into the era of these multigene panels, we have genetic testing on genes that we don’t have a lot of tests yet reported on. That means more variants and more uncertainty.

Therefore, we would really encourage people to ensure as best as you can that patients receive good-quality genetic counseling—ideally with a certified genetic counselor. These are limited resources right now; there is a lot of tension in the media at the moment. For the first time, there is a National Genetic Counseling Day coming up in November to draw attention to the importance of this specialty.

Your patient may go for genetic counseling and learn that they’re not the best testable for the family. It could mean that, regarding the person in front of us who is unaffected, we probably should be talking to the sister who has had ovarian or breast cancer in a family where there is some case of ovarian cancer in a more distant relative and that person has passed away. Ultimately, it makes a lot of sense to test the person most likely to carry a pathogenic mutation and we go from there.

In cases where the other person is unavailable, we do offer testing for unaffected women who have a close relative with ovarian cancer. That is something that folks may not be aware of; it’s very important that we make sure that we don’t miss people.

Do you face apprehension from patients who don’t want to undergo genetic testing?

The other thing is to basically watch this space, the literature, and your friendly neighborhood hereditary genetic specialist and counseling units for information. When you have a patient who has had a VUS in a moderate- or high-risk gene, these are sometimes reclassified. Commercial labs will inform us that a certain variant may be reclassified as benign, meaning that there is no increased risk of cancer, or pathogenic mutation. In this case, we do need to call the patient back and help them through that information. We are often encountering women and men who come forward for genetic testing who are sort of reluctantly there. Genetic counselors will get a good sense because of their skill set in drawing out what a person’s individual interests are, motivations for coming to the appointment, and, often, people aren’t ready yet for genetic testing. That is perfectly fine. We don’t force genetic testing on anyone, just like we don’t force any kind of medical test on a patient. The objective is to make sure they are making an informed decision for testing.

We encourage them to consider it in the future and to call us and come back if they’re ready at another time. Sometimes it takes a few appointments and people decide they still don’t really want testing. In some cases, they may have a BRCA mutation in the family and they have a sense of anxiety about learning that they might be a carrier.

Equally, we find people are concerned to find out they’re not a carrier. Sometimes that occurs when they have also identified themselves as being at risk. The counselors are trained at helping them through it. Likewise, sometimes we will see 2 or 3 sisters and one person will learn that they are a carrier and another will learn that they are not a carrier. That can sometimes produce what is called “survivor’s guilt,” another thing counselors are trained to deal with.

Bottom line is that it is perfectly reasonable for someone to decide not to undergo genetic testing. We just want to make sure everyone has the right information and, in many cases, there can be screening strategies—sadly not in the case of ovarian cancer just yet. We don’t have good evidence for screening; this includes a CA-125 blood test and transvaginal ultrasound. So, while we make it clear that the best evidence does not support ovarian cancer screening, Some BRCA 1 and 2 carriers do opt for screening, while they’re considering whether they want to have surgery, or if they are too young, still planning their family, etc.

Do you envision more studies being conducted on these lesser-known genes?

Is genetic testing recommended for other gynecologic cancers?

Depending on the gene, patients may be [recommended for] enhanced screening of the breast with mammogram and breast MRI on an annual basis. We want to make sure that they have that option, even if they choose not to undergo genetic testing. The counselors conduct a detailed cancer-risk assessment using several computerized models that can help assess their risk of breast or ovarian cancer with and without genetic testing. There is a lot of active research happening, especially to look at the functions of these other genes. One issue is also the importance of knowing their impact of tumor testing for the ovaries for women with ovarian cancer. Undergoing tumor testing can sometimes reveal a specific treatment option, such as a PARP inhibitor, that may have value if the tumor has the quality that we call BRCA-ness or if there is a BRCA mutation in the tumor. That in turn might reflect a germline mutation that the patient has. It is important that we know what some of the other somatic mutated genes do…and to see unaffected women who carry one of these moderate-risk genes—to follow them over time and have a better sense [with] prospective cohort studies as to what the true risks are. One thing I mentioned when I showed a slide of a family tree that had a MSH2 germline mutation for Lynch syndrome is that women in those families really need to be counseled, especially if they test positive for the mutation, [because] they have a very high risk of uterine cancer and endometrial cancer. In fact, the risk of uterine cancer in those families is higher than the risk of ovarian cancer. As there is no proven way to screen for uterine cancer, there is a suggestion that random sampling of the endometrium may have some value. We do recommend consideration of a risk-reducing hysterectomy plus or minus bilateral salpingo-oophorectomy in women aged 40 and above. Uterine cancer can also be associated with PTEN mutation, which has risks of breast, uterine, and other cancers. This is an emerging area of gynecologic oncologic genetics. 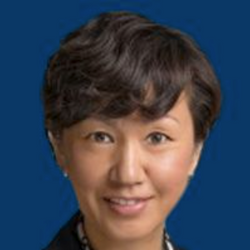 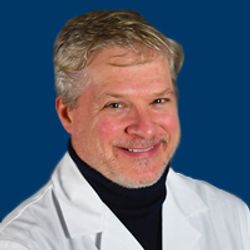