Brian Van Tine, MD, PhD: The earlier studies of ripretinib are actually quite interesting. I feel that by guideline, this is a phase III clinical trial that is placing this drug in fourth position. But the earlier data show there’s actually activity of this drug. It’s actually even better if you use it in earlier lines. And so I think there are more studies needed because over time now we should get an approved drug based on the data from this phase III trial, and as it moves up in treatments and up by study, we may find that a mechanism of action by which this drug works may make it a much better second-line drug. And so because of that I think there’s a lot more study needed.

Jean-Yves Blay, MD, PhD: Obviously given the level of activity of ripretinib, this is a particularly resistant patient population of patients in fourth and fifth lines of treatment, or who are on their fourth line of treatment, I should say. We want to investigate these agents in an earlier phase. The intrigue study is currently randomizing ripretinib versus sunitinib in patients who have tumor progression under imatinib in the first-line metastatic setting.

This is particularly attractive to test these agents in this phase for several reasons. The first 1 is that, of course, it is a drug that is targeting all resistance mutations that we know are supposed to happen as an explanation of some resistance to imatinib. The second 1 is that the safety profile of ripretinib is quite favorable from what we have seen in a phase I setting and in the INVICTUS study. Compared with a drug that is sometimes a bit difficult to handle, such as sunitinib, it should be something very much of interest also to look at the patient’s tolerance and compare. Also, it could be something worth exploring to put pressure on the tumor cells at the moment where the resistant mutations are just starting to emerge. The early treatment of this biological mechanism of resistance is particularly attractive.

This intrigue randomized phase III study, which is currently being performed and is accruing, we’ll be able to address this because the question was if this new generation of TKIs [tyrosine kinase inhibitors] are able to do better in terms of efficacy and better in terms of safety compared with the classical treatment of GISTs [gastrointestinal stromal tumors] right now for imatinib-resistant patients. We are very much looking forward to the completion of this trial.

Brian Van Tine, MD, PhD: I’m hoping that based on the earlier data of how ripretinib used in earlier line is actually better, this new study will actually allow us to move it from a fourth-line position potentially earlier. Because if we can figure out the right sequencing of the drugs that we’re using, we may be able to push overall survival.

Jean-Yves Blay, MD, PhD: The sequencing of the treatment in the future for GIST will of course depend on the results of the intrigue study. If positive for PFS [progression-free survival] and for safety, we can anticipate that probably treatment with ripretinib will become the standard second-line for patients with KIT and PDFG receptor alpha mutations and possibly also others. We will see in the future that what will be of importance here, probably the utility of a second generation of TKIs targeting all mutations, is that we’ll need to avoid the emergence of subsequent mutations, which are known to cause the progression and death of these patients.

Of course, this is speculative, and it depends on the nature of the results that are going to be observed, most of all progression-free response and overall survival. But we can probably anticipate that ripretinib will be, in this case, widely used for the second-line treatment and probably will replace sunitinib if very positive. 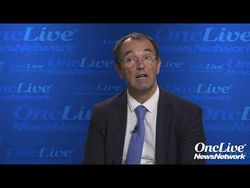 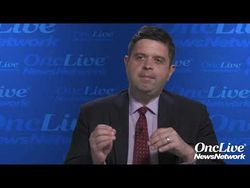 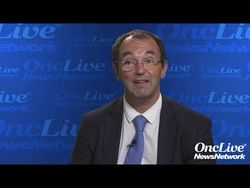 The INVICTUS Trial in GIST: A New Class of TKI