The Marshall Family Faces Off Against TNBC

Off Our Chests: A Candid Tour Through the World of Cancer is a memoir that dives into Liza Marshall’s breast cancer journey. 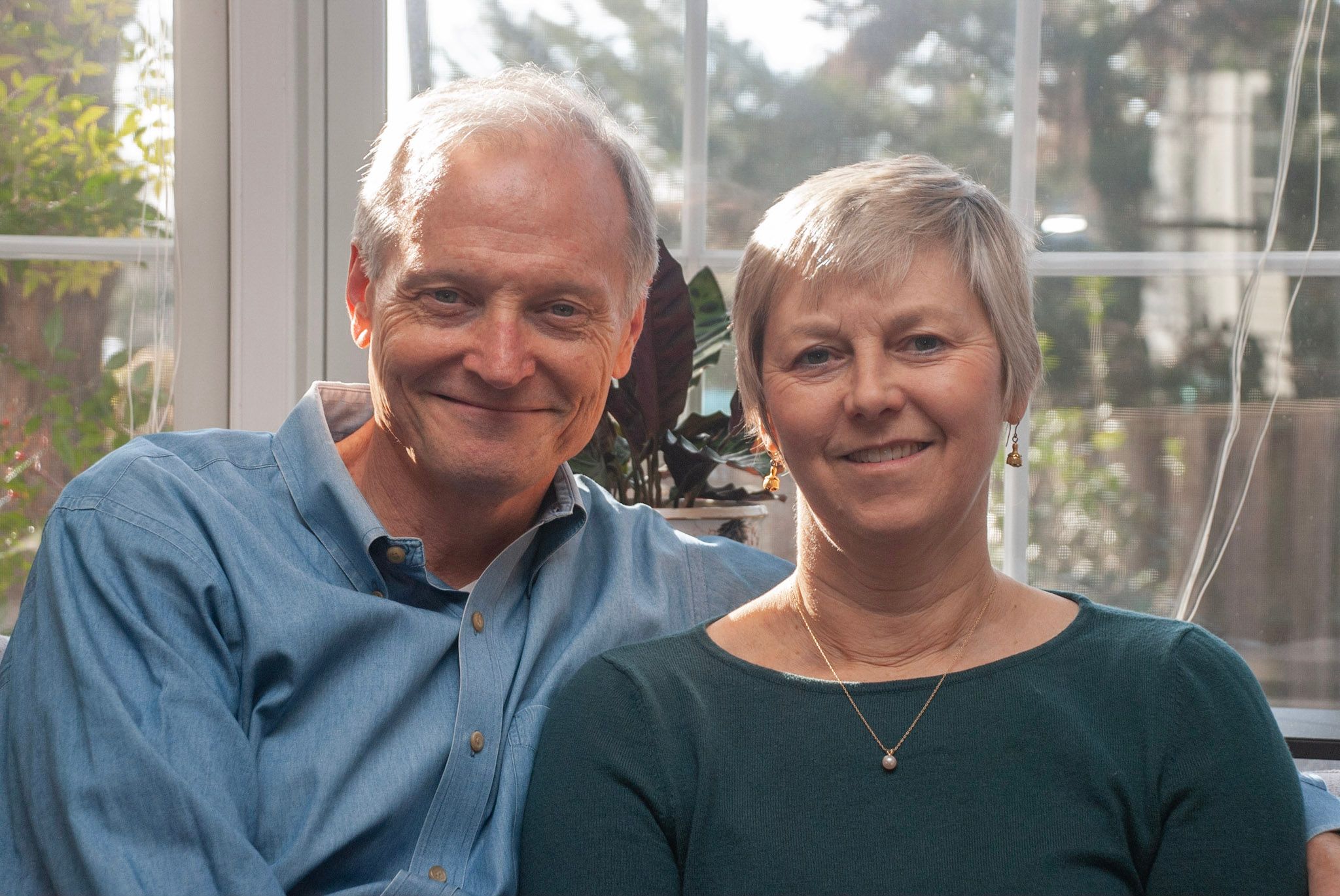 It was a day like any other. John Marshall, MD, a leading gastrointestinal (GI) oncologist, was going through his cases one morning in clinical practice at Georgetown Lombardi Comprehensive Cancer Center when a patient’s pathology report for breast cancer mistakenly came across his desk with the last name Marshall.

It was for his wife, Liza Marshall, revealing that she had stage III triple-negative breast cancer (TNBC).

“I honestly thought he was joking when he first said it,” Liza said, recalling when her husband delivered the somber news. “We [were] on the phone, just doing our morning thing, and he said, ‘You have cancer.’ What goes through your head? What do I do next? Am I going to die? How am I going to tell people? There is just mass confusion for anybody who hears that. You can’t really function.”

The months following that moment in November 2006 were filled with challenging physical and emotional experiences: telling their children about her TNBC diagnosis, undergoing dose-intensive chemotherapy and a mastectomy, participating in multiple clinical trials, struggling with significant hand-foot syndrome that accompanied the aggressive chemotherapy cycles, and trying on wigs alongside her family because she had developed alopecia.

And then, life in remission.

John, chief of the Division of Hematology/Oncology at Medstar Georgetown University Hospital, director of the Otto J. Ruesch Center for the Cure of Gastrointestinal Cancer, and professor of medicine and oncology at Georgetown Lombardi Comprehensive Cancer Center, was also, without a doubt, affected by the unexpected diagnosis—and had to learn how to juggle being a caregiver and a doctor.

All these emotions were documented by both John and Liza in their new memoir, Off Our Chests: A Candid Tour Through the World of Cancer. In the book, set to release on May 4, 2021, the couple alternates sharing their perspectives on this challenging time. The Marshalls also delivered the Patti Hennessy Keynote Address during the 38th Annual Miami Breast Cancer Conference®.

As John points out early on in their book, he had been quite vocal at medical meetings about the lack of awareness and research funding on GI cancers com-pared with that of breast cancer. Naturally, a part of him felt as if his public preaching was karma once he received news of his wife’s diagnosis.

“Be careful what you ask for because sometimes you get bit in the end,” John said. “All of a sudden, out of the blue, [the disease] comes in and invades our house, and it sort of felt like an impersonal assault—like the ‘breast cancer gods’ were going to get me through her. Without all of that research, without all of that progress that they had made, I don’t think she’d be sitting here next to me today.”

In reflecting on this journey, the Marshalls discussed their choice to write a book about it. It came, in part, from taking a hard look at the patient and provider perspectives of a cancer journey. The pair saw the opportunity to convey to other health care providers how to best communicate with and understand their patients.

“As physicians, one of the reasons why I hope doctors will read this book is that we are often in that situation where we are talking to [newly diagnosed patients]. We’re trying to teach them enough so that they can be involved in a shared decision-making, and they’re not understanding anything we’re saying,” John said. “Their brains are thinking about something else. And we think, ‘OK, we’ve checked that box.’ But, having participated [in that process] on a bunch of levels, I realized just how far and how often we fail on that [communication], and I’m hoping that we can do a better job in closing that gap.”

Liza ended up enrolling in a 4-arm clinical trial that explored dose-intensive regimens, during which she received intensive anthracycline and cyclophosphamide, followed by paclitaxel for 6 cycles. The severe hand-foot syndrome that Liza experienced played a critical role in her decision to discontinue from the study, and it educated John about his own patients and how they may or may not speak about their treatment-related adverse events.

“That whole experience of more aggressive chemotherapy also should teach us all a lesson about what our patients are going through in the name of being cured,” John said. “You get why they’re doing it. [But] you have to be alive in order to have quality of life.”

Liza expressed her gratitude toward John and how his career in medicine most certainly played a part in her treatment course and decisions, including getting a second opinion and partaking in clinical research. John explained that he had to focus on being her caregiver and husband, “so I got out of the business of being her doctor right away.”

“Whether that was the right decision or not, I didn’t want him telling me what to do,” Liza said. “But at the same time, I wanted him to tell me what to do. I’m not sure we succeeded in straddling the line, but we both did our best, which is I suppose all anybody can ask in any of these situations of each other.”

As for managing his career—which normally includes long hours and hefty travel—while caring for Liza, John emphasized that it wasn’t easy and he had “to slow down a little bit.” As Liza received treatment at Georgetown Lombardi Comprehensive Cancer Center, he was fortunately able to pop in to visit her while he was in clinic.

“When she was in clinic, I, in my white coat, could walk down halls and go sit and be her husband,” he recalled. “Then I would get up and go back to being Dr Marshall again. That made it efficient; it made it possible.”

Going through such a personal experience with his wife has changed the way John approaches his patients with GI cancers, although it took some fine-tuning.

“I used to have this vision in my head that there was this half-built wall; I was on this side, and the patient is on that side. I could shake their hand and I could examine them—but they were over there, and I was over here. After Liza’s diagnosis and our experience going through all of this, I couldn’t find that wall anymore. I was over there [on the same side as the patients], giving out [my email address] and trying to be responsive,” John said. “There is that line of wanting to be that empathetic, all-the-time caregiver and going crazy, right? You can’t be it forever. The emotional load that that takes is what leads me to burnout and leads others to burnout.

“We have to watch ourselves to not be cold and callous—because then we’re not doing the job right either—but not being so far over [on the other wall] that we burn out emotionally. Everybody is going to have to draw that line and develop that strategy. We’re not super-human; we are human. What we do every day is the most human thing that you can do, and that’s care for others.”