The CAR T-cell therapy tisagenlecleucel (Kymriah) showed similar real-world efficacy and safety findings to that of the JULIET trial in the treatment of adult patients with relapsed/refractory diffuse large B-cell lymphoma. 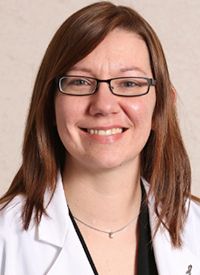 The CD19-directed CAR T-cell therapy tisagenlecleucel (Kymriah) demonstrated similar real-world efficacy and safety findings to that of the pivotal JULIET trial in the treatment of adult patients with relapsed/refractory diffuse large B-cell lymphoma, according to an analysis of the PICTOR (CTL019B2401)/CIBMTR SC 17-08 registry presented at the 2019 ASH Annual Meeting.1

Results showed that the best overall response rate (ORR) was 58%, which included a complete response (CR) rate of 40% and a partial response (PR) rate of 18%.

The efficacy findings are overall comparable with the updated data from the phase II JULIET trial, which were published in the New England Journal of Medicine earlier this year. Specifically, in JULIET, the ORR with the agent was 52%, with a CR rate of 40% and a PR rate of 12%.2

“Tisagenlecleucel therapy real-world evidence confirms the efficacy data reported in the JULIET study,” Samantha M. Jaglowski, MD, associate professor in the Department of Internal Medicine, Ohio State University Comprehensive Cancer Center—James, said in a presentation during the conference. “Additionally, the safety profile [of the product] appears more favorable in the registry compared with the pivotal study.”

In May 2018, the FDA approved tisagenlecleucel for use in adult patients with relapsed/refractory large B-cell lymphoma—including DLBCL, high-grade B-cell lymphoma and DLBCL arising from follicular lymphoma&mdash;after ≥2 lines of systemic therapy.

The approval was based on earlier phase II JULIET findings, in which tisagenlecleucel reached an ORR of 50% (95% CI, 38%-62%) in adult patients with relapsed/refractory DLBCL.3 The CR rate was 32% and the PR rate was 18%; the median duration of response (DOR) had not yet been reached.

The Center for International Blood & Marrow Transplant Research (CIBMTR) Cellular Therapy (CT) Registry was created to capture long-term data from patients who have received CAR T-cell therapy. In September 2018, the CIBMTR and Novartis, the developer of tisagenlecleucel, created this post-marketing study of tisagenlecleucel in the real-world setting to collect long-term safety and efficacy data from patients receiving the CAR T-cell therapy.

The registry plans to follow patients with lymphoma (n = 1500) and acute lymphoblastic leukemia (n = 1000) who have been treated with tisagenlecleucel for 15 years; this includes patients receiving an out-of-specification (OOS) product. The first patient entered on the registry was infused in June 2018. Recommended visit assessments were pre-infusion, at months 3, 6, 12, and annually after infusion.

The median time from diagnosis of DLBCL to CAR T-cell therapy was 15 months, and the median time from manufacturing start to infusion was 32 days. All patients were treated with the FDA-approved dose of tisagenlecleucel of 0.6 to 6 x 108; the median dose was 1.7 x 108 CAR+ viable T cells (range, 0.4-6.8 x 108).

However, efficacy and safety outcomes were similar to those with batches that met viability specifications. None of the manufacturing characteristics were linked with ORR or CRS and ICANS, and the analysis of cell viability did not correlate with best ORR.

Regarding safety, all-grade CRS occurred in 49% of patients. The majority of CRS AEs were of grades 1/2, no grade 3 cases were reported, and 1% and 2% of patients experienced grade 4 and 5 CRS, respectively.

In the JULIET trial, all-grade CRS was reported in 58% of patients, with grade 3/4 events occurring in 22% of cases.

“We hypothesize that the earlier administration of tocilizumab (Actemra) may have contributed to patients not progressing in terms of grade of CRS,” explained Jaglowski.

The association between lower cell dose and lower overall response needs to be further studied with a larger number of patients, and registration participation is highly encouraged to further advance insights, Jaglowski concluded.