Experts are trying to determine whether combination regimens with additional HER2-directed therapies or alternative therapies could improve responses in HER2-positive breast cancer without added toxicities.

Trastuzumab (Herceptin) remains a standard of care in the neoadjuvant and adjuvant treatment settings for patients with HER2-positive breast cancer. Sara M. Tolaney, MD, is trying to determine whether combination regimens with additional HER2-directed therapies or alternative therapies could improve responses in this patient population without added toxicities.

In the multi-arm BCIRG-006 study assessing the benefit of adding anthracyclines to chemotherapy for early stage HER2-positive breast cancer, patients in both trastuzumab-containing arms performed significantly better than patients who were not treated with trastuzumab.1

Tolaney pointed out that only 10 DFS events separated the 2 trastuzumab-containing regimens.

Treatment-related outcomes in patients with higher-risk lymph-node positive disease mimicked results of the overall population, and again, investigators observed no significant difference between the 2 trastuzumab-containing arms. The DFS was 69.6% with AC-TH compared with 68.4% with TCH. DFS with AC-T was 62.2%, and Tolaney suggested that this could indicate that there is still an advantage for anthracycline-based therapy, even in the higher-risk population.

However, trastuzumab is known to have cardiotoxicity risks. There was a 2% incidence of grade 3/4 congestive heart failure in the AC-TH arm in the BCIRG-006 trial, and a 0.4% incidence rate with TCH.

“One approach I have taken is to use TCH in patients with cardiac risk factors and AC-TH in most other patients,” she said.“While outcomes for HER2-positive disease have dramatically improved with the addition of trastuzumab, approximately 15% of women with early stage HER2-positive disease still recur, so there is a need to do better,” Tolaney said.

Several combination regimens are being explored adding to trastuzumab in order to improve responses in these patients. One common approach is dual HER2-targeted therapy. Several studies have looked at the addition of lapatinib (Tykerb) to trastuzumab in the neoadjuvant setting. Patients treated with the combination have higher rates of pathologic complete response (pCR) compared with trastuzumab or lapatinib alone.

“These favorable pCR rates achieved with lapatinib and trastuzumab led many to think that dual inhibition may improve survival outcomes in the adjuvant setting,” she noted.

To test this hypothesis, the phase III ALTTO trial explored the combination of trastuzumab and lapatinib in the adjuvant setting in patients with early stage disease, yet no significant role was found when lapatinib was added in this setting.2

Tolaney said the only real difference between the 2 arms was the higher rate of grade ≥3 diarrhea in the pertuzumab arm (9.8% vs 3.7% with trastuzumab and chemotherapy alone), but there was no great difference in the rate of cardiotoxicity with added pertuzumab.

Patients with node-positive and hormone receptor (HR)—negative disease appeared to derive a greater benefit from the addition of pertuzumab in subset analyses. Therefore, Tolane said, this combination should potentially be reserved for patients with high-risk disease, such as those with node-positive or HR-negative disease. She noted that the additional toxicity was small, but the financial cost was high, amounting to an extra $100,000 per patient for 1 year of added pertuzumab therapy.The antibody drug conjugate trastuzumab emtansine (T-DM1) has shown similar affinity to trastuzumab in binding to HER2. In the KRISTINE study, researchers explored T-DM1 in the neoadjuvant setting in combination with pertuzumab (T-DM1+P) compared with docetaxel, carboplatin, trastuzumab, and pertuzumab (TCH+P).4 The pCR rate was greater in the TCH+P arm (56% vs 44% in the T-DM1+P arm), but patients suffered significantly more serious AEs in the TCH+P arm (29%) compared with the T-DM1+P arm (5%). For high-risk patients, Tolaney said, T-DM1 may not be as effective as multi-agent chemotherapy with trastuzumab and pertuzumab.

The phase III KAITLIN and KATHERINE studies are exploring further the role of T-DM1. KAITLIN evaluates T-DM1 as a replacement for trastuzumab alone in the treatment regimen in the adjuvant setting. Tolaney noted that this study has completed accruing patients and the results are pending.

In the phase III ExteNET trial, researchers investigated Neratinib (Nerlynx), an irreversible pan-HER inhibitor, versus placebo in patients with early stage HER2-positive breast cancer.5 Results of this study led to the FDA approval of neratinib on July 17, 2017 for extended adjuvant treatment.

However, neratinib comes with toxicity concerns, said Tolaney. There was a 40% incidence rate of grade 3 diarrhea with neratinib in ExteNET. However, she added that these results should be interpreted with caution as the trial did not include the use of prophylactic loperamide, which decreases the rates of diarrhea.

Prophylactic use of antidiarrheal agents reduced rates of grade 3 diarrhea in the phase II CONTROL study.6 Loperamide reduced the rate the grade 3 rate diarrhea to 31%. The combination of colestipol and loperamide cut the rate to 8% and 46% of patients experienced no diarrhea.

There is currently no data assessing the benefit of neratinib in patients who have been exposed to prior pertuzumab therapy, but the use of neratinib should certainly be considered in patients with high-risk HR-positive, node-positive disease, Tolaney said. 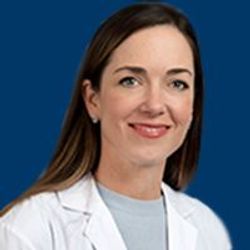 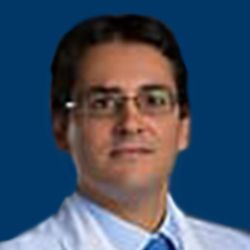 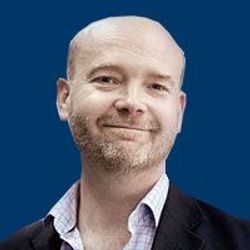