John Marshall, MD, discusses the results of the DESTINY-Gastric02 trial with trastuzumab deruxtecan in patients with HER2-positive gastric/GEJ cancer, the importance of molecular profiling, and future considerations for the antibody-drug conjugate. 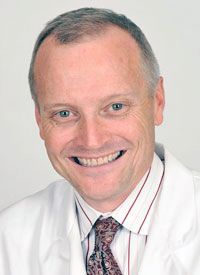 “This is a breakthrough in [that we saw a] very high response rate in [patients who received trastuzumab deruxtecan in later] lines [of] therapy,” Marshall said. “This is what we wanted to see: it is a potent HER2-targeted treatment. [These findings] further emphasize the need for all of us to have good molecular profiling on our patients with gastric cancer, so we know whether they are HER2 positive [and they can receive this treatment].”

In an interview with OncLive®, Marshall, chief of the Division of Hematology/Oncology at Georgetown University Hospital, and associate director of Clinical Research at Georgetown Lombardi Comprehensive Cancer Center, discussed the results of the DESTINY-Gastric02 trial with trastuzumab deruxtecan in patients with HER2-positive gastric/GEJ cancer, the importance of molecular profiling, and future considerations for the ADC.

OncLive®: To start, could you speak to the data we saw from the DESTINY-Gastric02 trial that read out at the 2021 ESMO Congress?

Marshall: We must [first] remember what the phase 2 DESTINY-Gastric01 trial [NCT03329690] showed. This was a randomized study looking at trastuzumab deruxtecan, which is as a monoclonal antibody of trastuzumab [Herceptin] that is enriched with a toxic, potent TOP1 inhibitor that binds to HER2 receptors.

[The agent] was first approved in breast cancer, and then tested in the DESTINY-Gastric01 study in gastric cancer, in second- and third-line [setting for patients with] HER2-positive disease [vs chemotherapy], primarily in an Asian population. [The study] showed [that treatment with trastuzumab deruxtecan led to] significant improvement in really all parameters and was the justification for the FDA approval in gastric cancer [in the United States].

The DESTINY-Gastric02 trial is an extension of that study, in the Western population. [The study examined patients with] metastatic HER2-positive gastric cancer who already had HER2-targeted treatments; they already received trastuzumab in the frontline setting, which is where our current indication is, and then they received trastuzumab deruxtecan in the second- or [later]-line setting.

The findings were that there was a significant response rate of 38%, and several complete responses [were observed]. This is a big deal because we have tried [many times] to do HER2 targeting after first-line therapy in gastric cancer, and we have never really shown anything that worked, so this was a breakthrough, in that regard.

How do these data compare with what has been reported with its use in the third-line setting?

In the third-line setting, in the Asian population, the response rates were in a similar ballpark. Essentially, [we saw a] consistency through [different] lines of therapy. In every case, there were patients who had only seen 1 prior HER2-targeted therapy, so it was not as if they had already received 2 or 3 lines.

Those data are consistent in both the second- and third-line [setting]. In Asia, interestingly, the approval [for trastuzumab deruxtecan] was only [for use] in the third-line setting, whereas in the United States the FDA [decided that it would be for use in the] second or third line. We have a bit of a distinction there, and the DESTINY-Gastric02 study supports that.

Do you foresee an approval for trastuzumab deruxtecan in the second-line setting across the board for this patient population? How might such an approval impact the treatment paradigm?

I fully anticipate having access to this medicine in this patient population, and I fully anticipate that it will become one of the new standards of care. Currently, our second-line therapies include single-agent taxanes, ramucirumab [Cyramza] and paclitaxel, or irinotecan. Those drugs are effective, and they do have a place in the treatment paradigm, but if [a patient] is HER2 positive, these results [with trastuzumab deruxtecan are] obviously going to be of more interest.

This not a non-toxic drug. This drug does have adverse effects [AEs], and one of the scarier ones, interstitial lung disease, is fortunately rare. However, it is not a perfectly simple [approach]. We sometimes consider biologics [to be] easier, but this is a combination of a biologic and a chemotherapy connected to it, so we are going to need to monitor these patients. However, with a response rate that approaches 40% in this patient population, those trade-offs will be in favor of trying the medicine.

The biggest [take-home] for me is that we now have [HER2-targeted treatment] beyond progression. After many trials, and failures, we now have that. What we will want to know [moving forward] is, do we have to re-biopsy? Are we going to need repeat profiling? This was not required in these studies, but some of the patients did have repeat testing. Increasingly, I believe we will have that as a standard, but for now, that is not a requirement.

We will learn more as we go forward as to who are the right patients to receive this HER2-targeted approach in the second- and third-line [settings]. 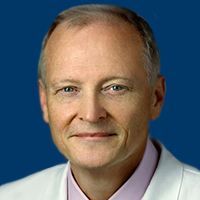 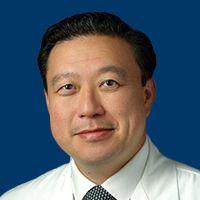 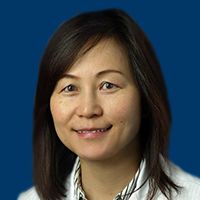